What's it like to be an out-of-work football manager?

Life in the dugout can be chaotic, all-consuming, addictive - and if you are out too soon, one manager tells us, "you are finished".

What affected them the most in the job? What is it really like to be under such scrutiny? And are they still looking for one more shot in the game?

From being thrust into the hot seat at Leeds and being labelled a perennial caretaker to taking a different career path, read on for a taster of their experiences in their own words and watch the videos for more... 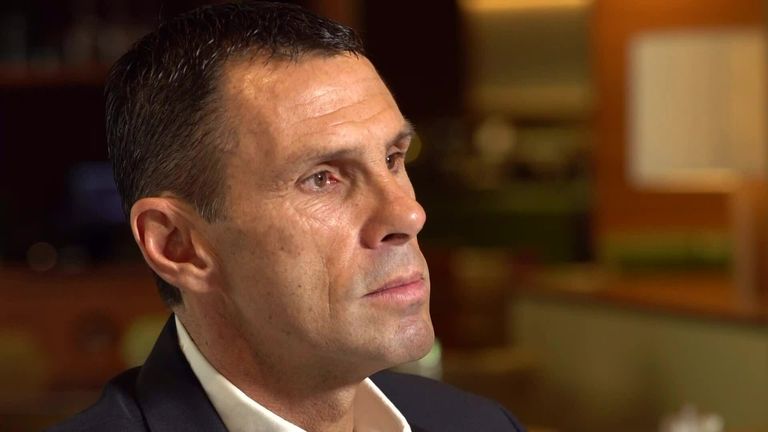 The former Chelsea midfielder started his coaching career at Leeds, before going on to manage Brighton, Sunderland, AEK, Betis and Shanghai Shenhua. He has been out of work since leaving Bordeaux in 2018.

"When you get out of the circle, it is difficult to get back.

"Even if your numbers, your achievements, are good or bad, when you are in the circle and working, people look out for you more than when you are not.

"I have been a little more selective now, the main thing for me is the people I want to work with. Once you know the people, what they want and if they know me and who I am, that is the most important thing, not the name or the history of the club. I don't care about that.

"Managing in England is a totally different place. It can be a shock and by the time you realise, you are out.

"If you are out too soon, you are finished. That is the biggest problem right now for coaches in England. If your first experience is too short and bad, it's really difficult to get back. It's difficult for someone who did alright - imagine what it's like for the ones who did badly in their first job. Coaches need to know the place."

If you are out too soon, you are finished. That is the biggest problem right now for coaches in England. If your first experience is too short and bad, it's really difficult to get back. 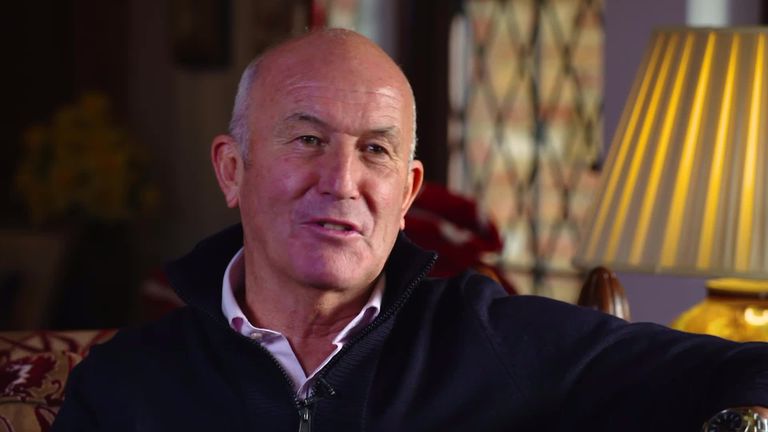 Tony Pulis lifts the lid on his long managerial career

"Football management is about winning. If you're not winning football matches, you won't be around very long!

"Football management has been addictive in my life ever since I started, about 100 years ago!

"I've enjoyed it; it has been, and is, a tough industry, but I've been very fortunate to be in it for such a long time. You have your ups and down, difficult times and good times, and times when you can look back and enjoy.

"But, generally, in management you are always looking for the game, the next day, the next challenge. Winning is everything.

"The great thing about my career and the thing I enjoyed more than anything was overachieving - being somewhere and achieving something nobody else thought you could do. That warmth and personal satisfaction you get when people keep saying you can't and then you do. The personal pride is lovely." 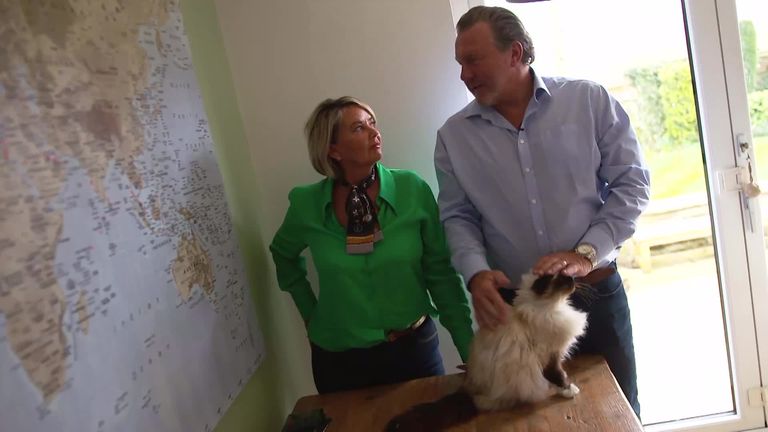 Jackson spent almost six years at Huddersfield across two spells, before going on to manage Lincoln and Bradford. He traded the touchline for some travelling in 2011, before changing direction completely and becoming a care provider.

"Do I miss football management? Not really.

"I lost my job at Lincoln [in 2009] and we decided to create our own company that provides domiciliary care. I did been doing that for two or three years and then the opportunity to manage Bradford [in 2011] was one I couldn't really turn down.

"Things didn't end too well for me down there. It didn't put me off management, but I knew my time in football had come to an end. I don't miss it whatsoever.

"From 16 to nearly 50 I was involved with football, that's all I knew, I'd never been outside the football bubble. So to go out and become a frontline carer, I was completely out of my comfort zone for six months.

"The only way I could get out of the door to do my care was imagining I was going to Huddersfield Town, to my office to pick a side. After six months I got into it and loved it because it was the first time in my life I'd made a difference to peoples' lives." 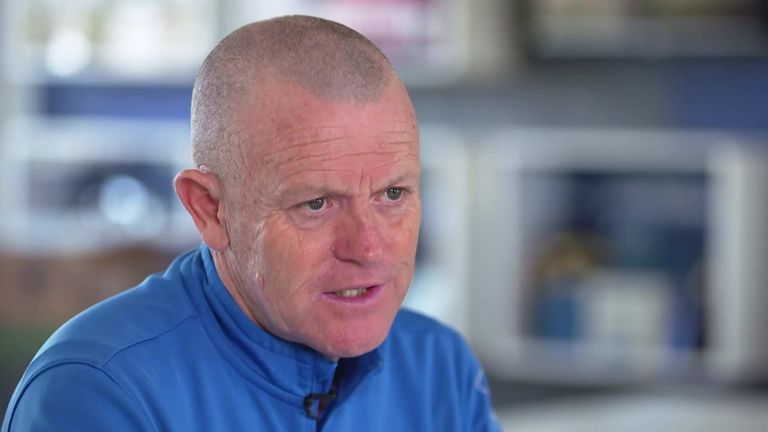 How did Dave Hockaday's experience affect him?

Dave Hockaday had managed only Forest Green Rovers a few years earlier when he was propelled to the top job at Leeds United. The first of Massimo Cellino's appointments during the owner's chaotic reign, Hockaday lasted just six games and 70 days. He would go on to have short spells at Coventry and Kidderminster Harriers.

"You get lots of wind-up calls from alleged friends in the game, but this one had an air of authenticity.

"The second phone call from the voice asked if I could be a certain venue in London in tomorrow. I turned up and in walks Cellino. We talked with salt and pepper pots, anything we could get our hands on, and just talked football.

"I wasn't in a job at the time and thought he would potentially be interested in me as an U23 coach. If he said U18s, I wasn't sure I'd have been interested. He leaned back, looked at me and said: 'I like you; I like the way you're thinking, the way you've answered the questions and conducted yourself. I'd like to offer you a job… how would you like to be my head coach?'

"I leaned back to have time to digest the information and asked him if he knew what he was asking.

"The next day I got another phone call asking if I could meet up in Manchester. I went to a Manchester hotel, got a phone call at the reception and was told to walk out the door, turn left, turn right, go down here, through there and I had to go to another room. It was like cloaks-and-dagger stuff.

"Cellino was there and he said, 'it's going to happen, you're my head coach'. It was the first of the 'watermelons' - you didn't know what you were getting until you open it up.

"And that's how my brief affair with Leeds United started." 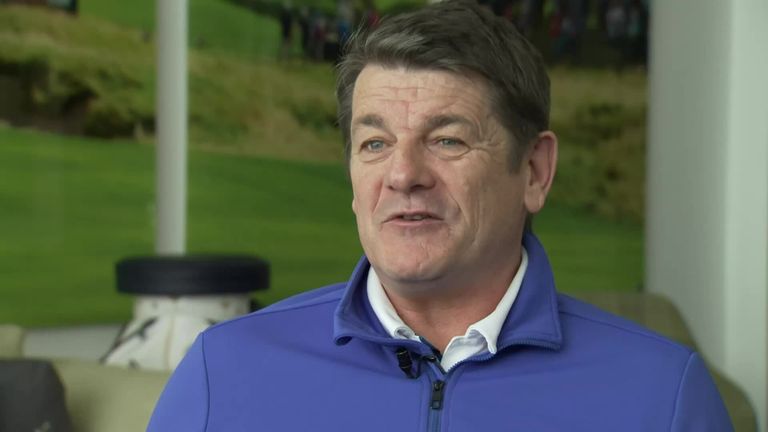 Carver stepped up for the first time when Bobby Robson was sacked by Newcastle in 2004 - and had a second caretaker spell at St James' Park a decade later before becoming interim boss briefly in 2015. He had further caretaker stints at Leeds and Sheffield United either side of a year in full charge of MLS side Toronto FC.

But a moment on Tyneside - when Carver said, "I still think I'm the best coach in the Premier League" - would stay with him for the rest of his career. He has been out of work since leaving West Brom with Alan Pardew in 2018.

"I think it was taken out of context, for sure. When I said it, I remembered the whole room, all the heads disappeared, and they started scribbling away, so I knew I touched on something.

"You've just got to think about what you're saying before you say it. I felt stung by it, and I still do. I still think people might use that against me. If you don't know me, my personality or character, I can come across as quite arrogant, and the one thing I'm not is arrogant. I said it because we all had to believe that if I was coming up against Jose [Mourinho], I could compete against him. That was my thought process. Everybody in the world knew that I wasn't [arrogant] and I am not, but you have to believe it.

I felt stung by it, and I still do. I still think people might use that against me. I said it because we all had to believe that if I was coming up against Jose, I could compete against him.

"There is more pressure one you when you are a caretaker. Every time you play a game it's an interview, and you have to win the game. The players know you as the assistant, that's the hardest thing. If you do it a few times, people see you as a caretaker.

"That's why when it all came to an end at West Brom, I said to Alan Pardew I wasn't staying. I'd done it too many times and wasn't doing it again. I'd seen the pitfalls of being a caretaker and also seen success rate when I was the main man. The project I'd like to be involved in now is one where I would go in as manager and have a chance to put my stamp down and build something around my philosophy and theories."