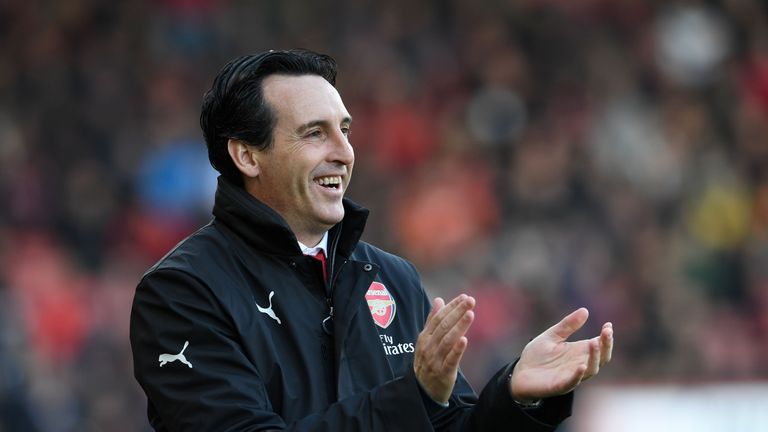 Speaking on The Debate, Paul Merson believes this weekend's North London derby is a bigger match for Unai Emery and Arsenal than it is for Tottenham

Sunday's north London derby is a bigger game for Arsenal than Tottenham, according to former Gunners star Paul Merson.

The two city rivals go head to head at the Emirates on Sunday afternoon, live on Sky Sports Premier League, separated by just three points in the table.

Were Unai Emery's side to get the better of Tottenham on Super Sunday, they would move above their rivals into the Champions League places.

"This game this weekend is a bigger game for Arsenal than Tottenham, that is how it has swung really," Merson told The Debate.

"The pressure is on Arsenal to perform and win the game - if Arsenal do not win this game, you are going to go away from here saying, 'Tottenham are just getting away from Arsenal.'

"If Tottenham play like they did last weekend against Chelsea, they cannot lose. But, that has only been once this season and they have not been great, despite having their best start.

"But they have not played anything like they did the season before."

Arsenal have surprised many this season after going on an 18-game unbeaten run, however, Sunday's clash with Spurs will represent their progress under their new Spanish manager, says Tim Sherwood.

"It gives everyone belief that they can possibly get into the top four," the former Spurs midfielder and manager said.

"They are going to get nearer towards Tottenham and if they can keep their eye on Tottenham and finish above them, then they will finish in the top four.

"So this game will be a good measure of how far they have come - they played some big teams earlier in the season and fell short.

"The Liverpool performance was good at the Emirates and they will need that sort of performance again and Tottenham not to be on song.

"Tottenham have the best players, I believe, but the best players do not always win the game. Sometimes the best team do on the day and I think they will need everything to fall their way on the weekend to get a result."