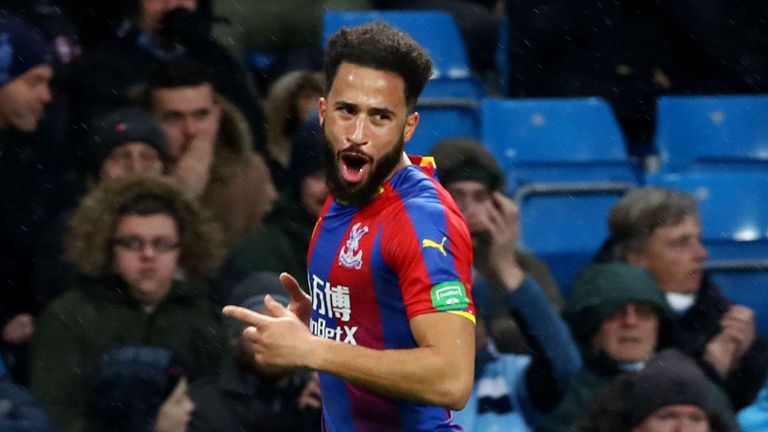 Crystal Palace beat Manchester City 3-2 at the Etihad to stun the champions and leave Pep Guardiola's side four points behind leaders Liverpool at Christmas.

The home side dominated the early exchanges and Ilkay Gundogan headed them in front after 27 minutes. However, Palace hit back six minutes later through Jeffrey Schlupp (33) and Andros Townsend's stunning volley (35) put the visitors ahead at the break.

Luka Milivojevic extended Palace's lead from the penalty spot (51) after Max Meyer was brought down by Kyle Walker and although Kevin de Bruyne got one back for City with five minutes remaining, Roy Hodgson's team held on for a memorable victory.

The defeat, City's second in three league games and a first at home this season, means there is daylight between the top two for the first time this season while Palace are up to 14th.

For the first half hour, everything went as expected with Fabian Delph's drive from the edge of the box forcing a fine stop from Vicente Guaita in the Palace goal in the second minute, the home side dominating possession and keeping the visitors trapped inside their own half.

Man of the match: James Tomkins

Leroy Sane fired into the side netting and Nicolas Otamendi's goal-bound header was deflected just wide but City eventually took the lead when Gundogan crept in at the back post, played onside by Patrick van Aanholt, to head home Delph's right-foot cross.

The lead was short lived though as Palace levelled through Schlupp. Wilfried Zaha was stopped by Aymeric Laporte but the ball came to Townsend, he shifted it to Schlupp and the winger advanced into the box before arrowing a shot into the far corner of the net.

Pep Guardiola made two changes to the side that beat Everton last weekend with John Stones and Raheem Sterling in for Fernandinho and Riyad Mahrez.

Two minutes later, Palace were ahead. Van Aanholt's free-kick from the left was only half-cleared, Bernardo Silva headed it further away but Townsend, 30 yards out, came onto it and thumped a stunning volley past Ederson into the top corner.

Less than five minutes into the second half, Guardiola sent Sergio Aguero on but within a minute of the Argentine's introduction, Palace had a third.

Another shift counter-attack ended with Townsend heading against the post from Aaron Wan-Bissaka's cross and as Meyer tried to take control of the rebound he was tripped by Walker. Milivojevic stepped up and hit the spot kick firmly to Ederson's left and into the bottom corner.

De Bruyne and Riyad Mahrez came on but with James Tomkins and Mamadou Sakho impressing at the heart of the Palace defence, clear cut chances remained hard to come by. 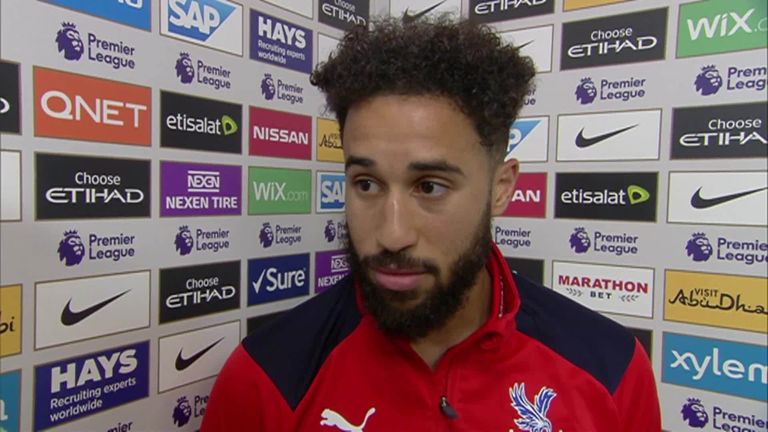 Gundogan whistled a shot just wide from 25 yards, Sane's free-kick struck the post but bounced wide and it took De Bruyne's over-hit cross to drift beyond Guaita and into the far corner with five minutes to reduce the deficit.

That livened up the home fans and City had the chance to snatch a point in the dying seconds when De Bruyne's superb left-foot cross was met by Gabriel Jesus at the far post. The Brazilian striker was unchallenged but couldn't keep the header down, leaving City to reflect on a potentially damaging defeat. 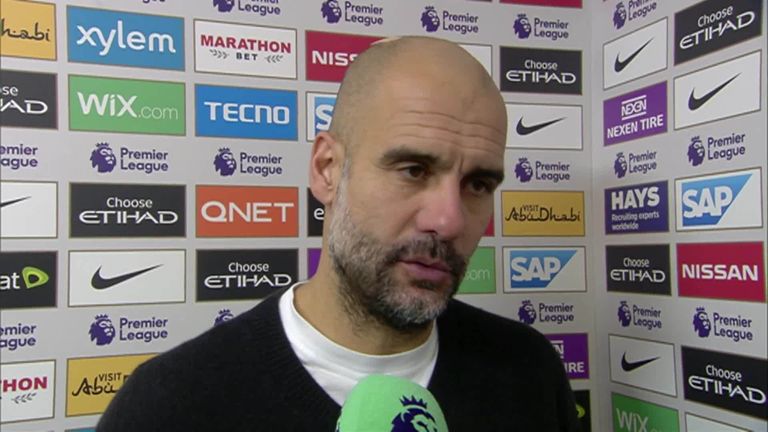 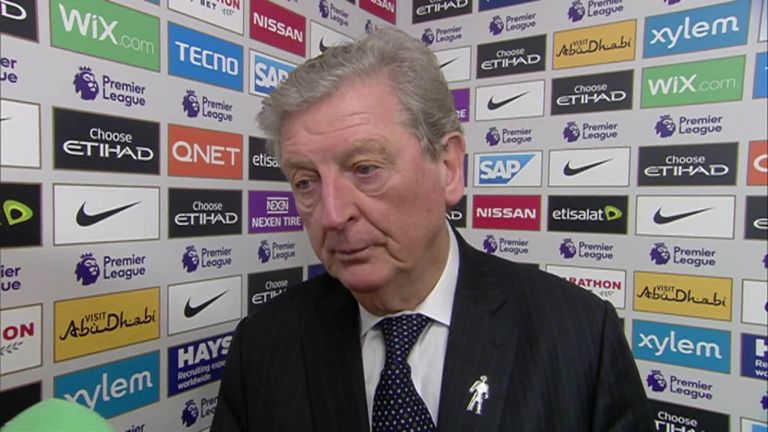 Man of the match - James Tomkins

While Andros Townsend and Wilfried Zaha were impressive going forward, causing City problems on the counter, Palace's victory was built on an exemplary defensive effort. The organisation, concentration and commitment they showed was typified by Tomkins, who marshalled the backline alongside Mamadou Sakho and made countless crucial interventions inside his own penalty area to keep City at bay.

"It wasn't a fluke, it really wasn't. Yes, City were camped in Crystal Palace's half, but they weren't creating chance after chance. You thought when they went 1-0 up, it would open up a bit but the important thing for Palace is they got the goal back pretty quickly.

"From that minute on, Palace seemed to find a bit of belief and what happened two minutes later - just wow.

"It was more than a tidy finish from Andros Townsend. It was one of the best volleys I've seen for a long time. It has got to be a contender for goal of the season. It went like an absolute rocket. The goalkeeper had no chance from 30 yards - that's how good it was.

"Crystal Palace were so tight and organised, there were none of those little gaps that Man City like to exploit around the box."