Manchester United are attempting more sprints under Ole Gunnar Solskjaer than during Jose Mourinho's regime - but are they fit enough to deliver and sustain those levels?

United's prospects of a top-four finish took a hit on Sunday as they could only draw 1-1 with Chelsea at Old Trafford. Juan Mata opened the scoring on 11 minutes but Marcos Alonso benefited from David de Gea's error two minutes before the break to level it up.

After the game, Solskjaer admitted: "We were tired towards the end, that's for sure. We've addressed that issue before, we're just going to take one step at a time... We depend on everyone being sharp and fit." 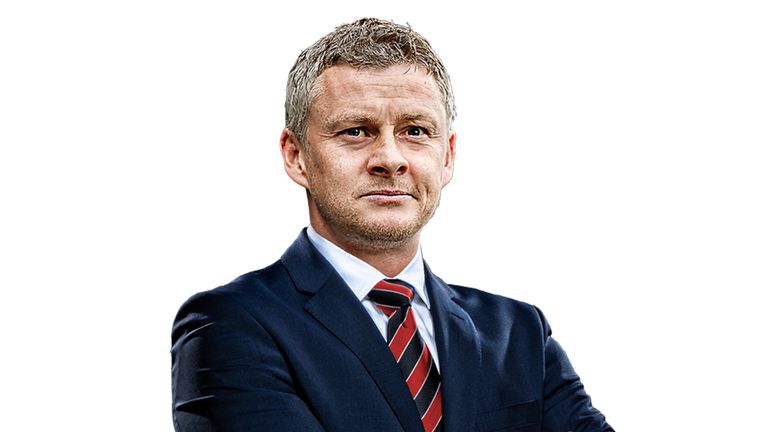 We were tired towards the end, that's for sure. We've addressed that issue before.

So are United struggling to maintain Solskjaer's high-intensity style?

The graphic below shows how United scored early against Chelsea after dominating possession in the opening 15 minutes but struggled to maintain that control through the interval - with a similar pattern emerging in the second half.

In fact, United are recording slightly less distance per 90 minutes under the Norwegian than under Mourinho - but the number of sprints has increased significantly.

The table below shows how United now average around 111 sprints per game - having only averaged 99 before his initial appointment in mid-December.

The impact of Solskjaer's preference to hit opposition with bursts of pace accelerated during his initial purple patch after being named interim boss - rising to an average of 118 per game in mid-January.

However, data also suggests United may have paid the price from burnout, having struggled during the tail-end of games under the Norwegian - conceding twice as many goals in the second half.

In addition, United have attempted far fewer fast breaks and interceptions during the second interval - in addition to statistical dips for chances created, goals and passes attempted.

In terms of the players, Mata has covered the most distance per 90 minutes this term, followed by Jesse Lingard, Fred and Ander Herrera - while forwards Anthony Martial and Romelu Lukaku have among the lowest squad averages.

Lukaku and Martial singled out

Neville singled out Lukaku and Martial after the Chelsea game, questioning whether the pair can produce, and sustain, the physical levels demanded by Solskjaer. 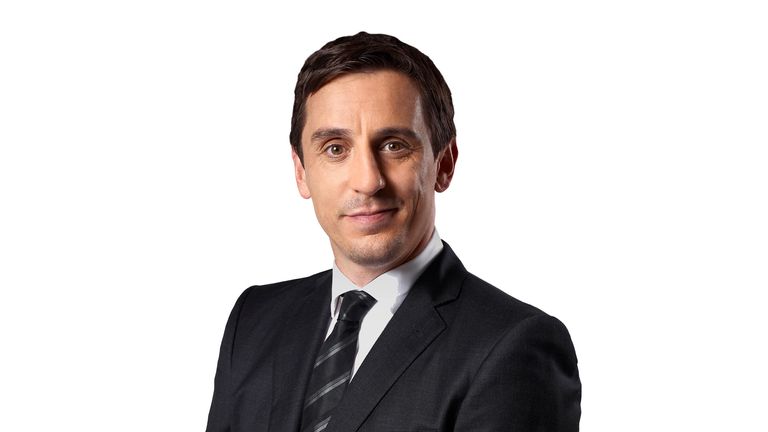 He (Lukaku) always looks tired after one or two big runs. Does Ole think he is going to change him?

Lukaku has actually registered the fastest top speed at the club this term with 34.9 km/h against Watford in September and recorded a team-topping 14 sprints against Maurizio Sarri's side on Sunday - but covered only 8.8 km.

Indeed, the interactive graphic below shows how Lukaku made a considerable impact during the first half - producing a deft, lobbed pass to tee up Mata's opener - but barely touched the ball after the break.

Incredibly, Martial has the lowest average for distance covered per 90 minutes out of all top-flight forwards this season with just 8.4 km, while Lukaku ranks the fourth lowest with 8.7 km.

Neville questioned whether Martial is capable of emulating the high-intensity running of Liverpool's Sadio Mane or Mohamed Salah: "The amount of runs Mane and Salah make from wide positions through centre-backs and full-backs - Martial doesn't do that.

"He likes to play when he gets the ball. I don't see him running without the ball anywhere near as much as he should do."

So the stats suggest United are struggling to maintain Solskjaer's high-intensity style of play, with Lukaku and Martial, in particular, culpable of recording below-average exertions to date.

But a similar trend occurred at Liverpool during 2016/17 - Jurgen Klopp's first full season in charge - hitting a staggering 116.4 km per game - but hit a torrid run of form after the festive period, widely attributed to burnout.

However, the German has implemented personnel changes and managed physical exertions more effectively since - suggesting Solskjaer may also require resource and time to emulate the current success of their Merseyside rivals.