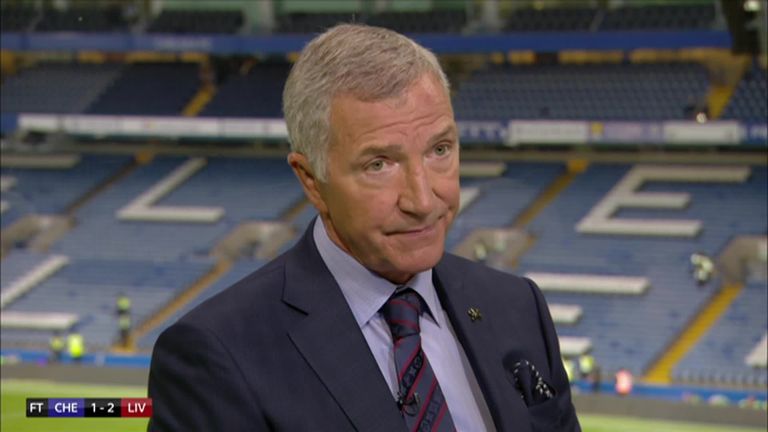 Trent Alexander-Arnold's thunderbolt and Roberto Firmino's free header, either side of a disallowed Cesar Azpilicueta equaliser, saw the league leaders open up a two-goal lead inside half an hour at Stamford Bridge.

Chelsea midfielder N'Golo Kante's brilliant solo effort set up a tense final 19 minutes but the Reds held on for a 2-1 victory that was their 15th Premier League win in a row and puts them five points clear of Manchester City.

Here's how our Super Sunday pundits reacted to Liverpool's victory and whether their early advantage over City has any significance.

"They won ugly today and got away with it. They were different teams in both halves. In the first half, they were fabulous - very threatening. But in the second half for the last 30 minutes, they were hanging on. The midfield couldn't keep hold of the ball and they were under pressure.

"For the goal, Fabinho looked like he was towing a caravan. The only excuse you can offer up is that they had a hard game in midweek. Chelsea will rightly think they should have got something out of the game."

"When you win titles, you have to hang in there. When you get back on the bus after these types of games you won't even analyse it. You move onto the next game. There are times to be self-critical but if you told them before the game you'd win 2-1, they'd have took it. If they win the league they won't look back at this result thinking 'we could have done better there' - they'll just be happy to have the medal in their hands, although it is only September." 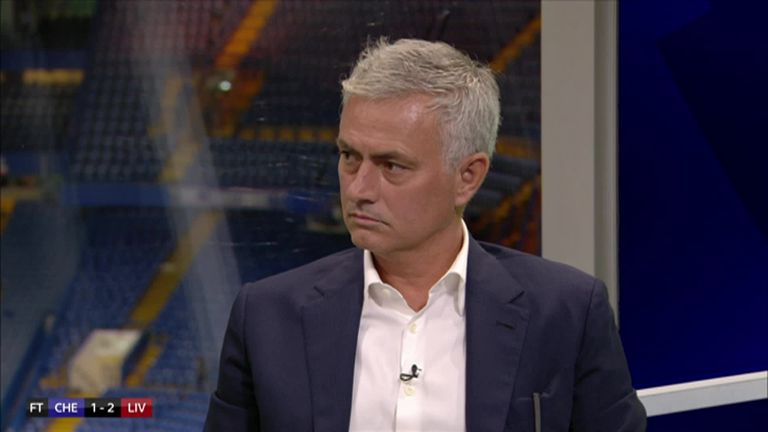 Mourinho says that although Liverpool have a five-point gap at the top of the table over Manchester City, the title race is not over

"It's a big result. Manchester City and Liverpool will already be looking at each other's fixtures when they go away to big six teams as it's an opportunity to drop points. Both teams, whether they get there or not, have to aim for 100 points. You can only drop 14 points. A draw isn't a good result. In the past, you'd go away to Arsenal, Manchester United and you'd be happy with a point. City have changed that - drawing away from home isn't a good result."

And what about Chelsea's performance? Their former manager was in the studio and although he hopes the fans don't start accepting losing, he's on board with Lampard and club's philosophy. 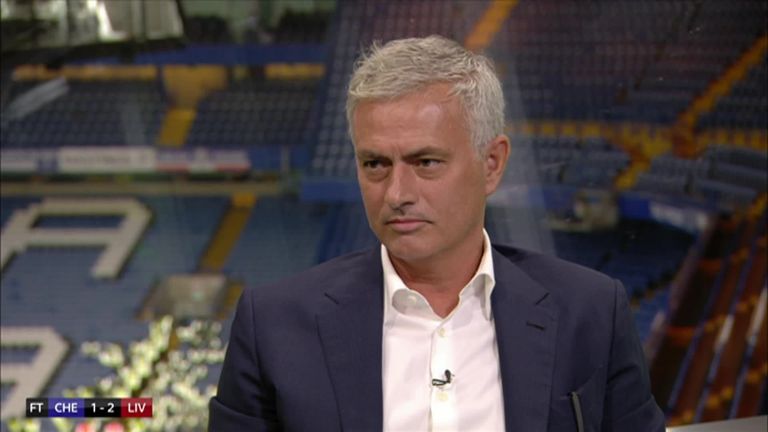 "I hope they don't get used to it [losing] - that's the important thing. When you start accepting defeats just because your team play well and your players gave it their best for the people to be proud, in terms of their application and commitment.

"I think when you get used to it, big clubs stop being big clubs. They shouldn't get used to it. It shows people are ready for the season and ready to accept what the season is going to be under a manager who is one of the best professionals I worked with and a potentially top manager.

"The reality of the numbers say Liverpool are 10 points ahead of Chelsea - they aren't going to fight for the title. Let's support the philosophy of giving time for the players and the manager to work together.

"I like their ideas. I think their style of play is being adapted to what football is like nowadays and adapted to the profile of the players they now have. In this moment, they are far away from being able to compete for titles."