Liverpool have won 10 points from losing positions, more than any PL side 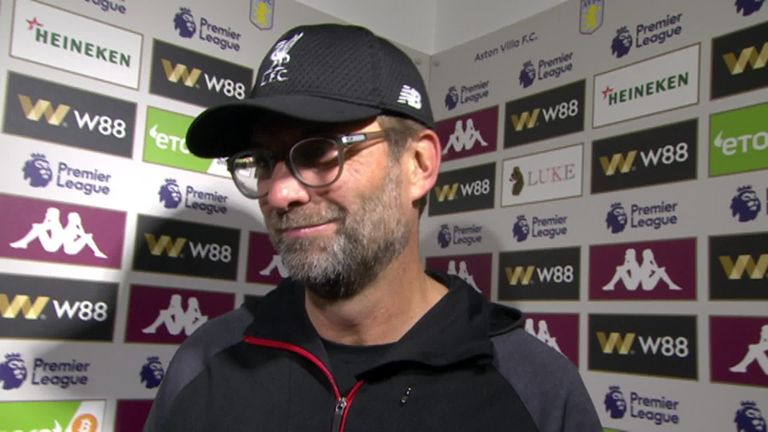 Jurgen Klopp insists going a full season unbeaten would not be possible for Liverpool, especially if they play as they did in the last-gasp win at Aston Villa.

Liverpool remain six points clear at the top of the Premier League ahead of next Sunday's mammoth clash with Manchester City at Anfield, live on Sky Sports; Pep Guardiola's side also avoided an upset against Southampton, coming from behind to win 2-1.

Asked whether Liverpool could go an entire season unbeaten, having reached 28, Klopp said it is not possible, especially if they play like they did in the early stages on Saturday. 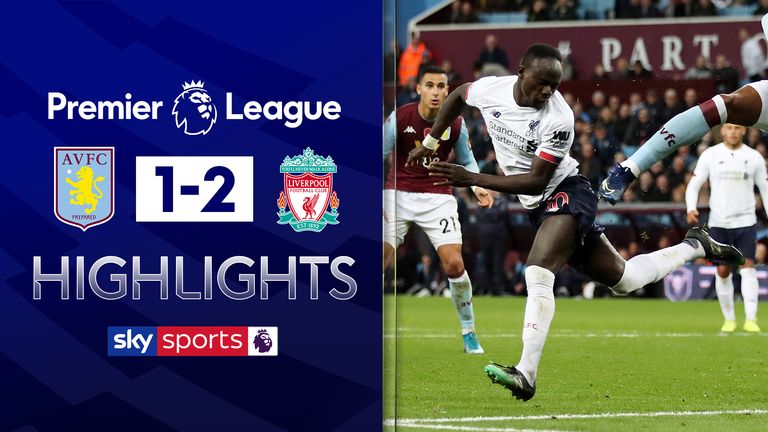 He told Sky Sports: "It is not possible if you play like we did until we conceded the goal. It was not bad, it was actually the opposite, it was good football, but it was not the winning mentality we need.

Klopp insisted Liverpool must learn from their narrow escape, having fought back to win 10 points from losing positions this season

Liverpool points won from behind since Klopp's arrival (PL only)

"We still have to learn and improve and sometimes you have to get knocks and we got knocks. For little mistakes we got knocks but in the moment we could sort it.

"It's not that we didn't deserve to win, I'm fine with the performance but there were moments I didn't like.

"We made it difficult for ourselves. We started playing football well but not exactly how we should have. Aston Villa were ready for a proper fight and a proper battle. We conceded a goal and it's not so easy to change this wrong path immediately.

"When you watch the game one team deserved to win and it's us. I can imagine how bad Aston Villa will feel, with all they did they will have deserved something."

Trezeguet opened the scoring for Villa when he volleyed home John McGinn's 21st-minute free-kick, but Roberto Firmino thought he had levelled soon after, only to be flagged offside.

It was a call backed up by VAR but so tight the Premier League had to clarify the decision at half-time, saying the striker's armpit was ahead of last defender Tyrone Mings.

Klopp added: "It's not the right way we talk about it and everyone wants to laugh about it. Managers get sacked for losing football games but I don't want to make it bigger than it is. I don't think anyone is doing it on purpose. At the end we need to sort a couple of things."