Jadon Sancho one of the best young players in the world, says Jamie Carragher

Dortmund will demand at least £100m for Sancho, with Man Utd and Chelsea interested

Jadon Sancho is one of the best young players in world football at present, and any eye-watering fee for the Borussia Dortmund winger will turn out cheap, says Jamie Carragher.

Dortmund will demand at least £100m for Sancho this summer, with Manchester United and Chelsea interested in bringing the winger back to the Premier League.

The forward, who turns 20 next month, has become a full England international since joining Dortmund from Manchester City in 2017, and City have the option to match any bid for Sancho as part of the agreement and means the Bundesliga side have to keep them informed if another club comes in.

Speaking on the Sky Sports Football Weekend Preview Podcast, Carragher says the move is a no-brainer for any Premier League club.

"Sancho is one of the best young players at the moment in world football, especially when you look at his actual stats for Borussia Dortmund.

"He's an English player who I think will be desperate to come back, so I think he'll be the hottest thing everyone in the Premier League will be looking to bring in.

"Will he be a hit? I think so. It's a no-brainer, look at how well he has played in a top league with a top club under pressure. He's playing week in, week out, his numbers are fantastic and his age is just perfect."

Sancho has 12 goals and 13 assists for Dortmund in the Bundesliga this season, and in December became the youngest player ever to score 22 Bundesliga goals. 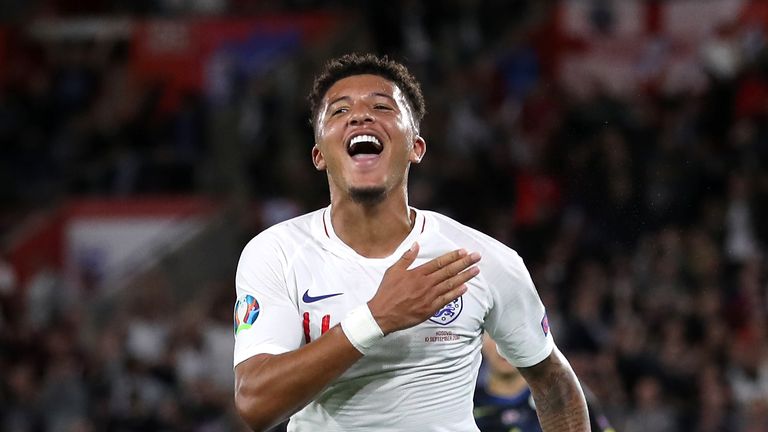 Because of Sancho's age, Carragher sees parallels with Manchester City's Raheem Sterling when he left Liverpool for the Etihad at 20 years old, and believes he could be a mainstay at any Premier League club for years to come.

"I think he'll have his pick of top clubs in the Premier League, and though the fee may look eye-watering, I think it'll be one of them that over time will look cheap. You're going to get a good player for 10 years there if you keep him at your club.

Chelsea have agreed a deal to sign Ajax's Hakim Ziyech at the end of the season.

Ziyech was one of Chelsea head coach Frank Lampard's top targets in January but Ajax insisted on keeping him until the summer, and Carragher believes the Blues are obviously keen on strengthening in the wide areas.

"I think what these moves tell you straight away is that Chelsea are desperate for wide players.

"With Pedro, who hasn't played much, and Willian, and the age they're at, plus the fact Willian gets linked away from Chelsea at every window, something might happen with these two in the summer.

"So wide players are the big thing Chelsea are looking for.

"Ziyech was outstanding last season in the Champions League, and was a player I thought Liverpool may look at as well, someone who can play both sides as potential back-up for Sadio Mane or Mo Salah.

"I think it was obvious that Frank Lampard wasn't happy with what happened in the January transfer window, so they're looking to get some business done early."