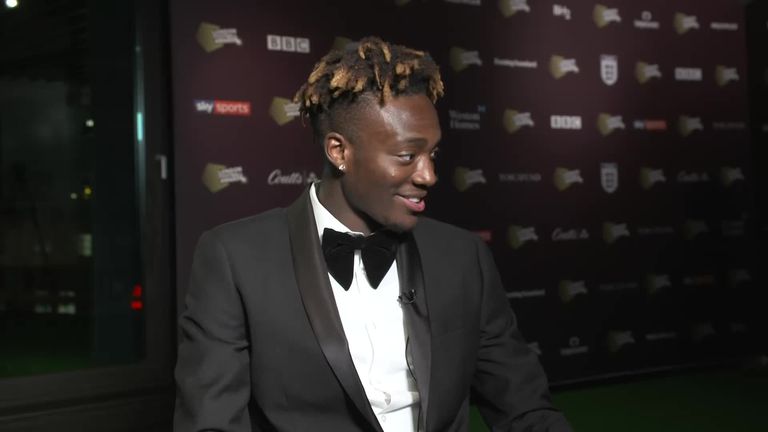 Abraham landed a prestigious double after being named Premier League and Young Player of the Year.

The 22-year-old England international, who has scored 15 goals for the club to date this season, beat off competition from Arsenal's Pierre-Emerick Aubameyang and last year's winner Heung-Min Son to claim the main prize, while he edged out team-mate, Mason Mount, to lift the junior award.

Arsenal Women's Miedema won the Women's Player of the Year title for the second-successive year, after spearheading her club side to the Women's Super League title and leading the Netherlands to the 2019 Women's World Cup final.

There was special recognition too for QPR's director of football Les Ferdinand, who was honoured for his outstanding contribution to football in London.

The former England frontman, who had spells with QPR, Brentford, Tottenham, West Ham, Reading and Watford during his playing career and has worked at Spurs and Rangers since his retirement, joins previous winners Glenn Hoddle, Ian Wright, Frank Lampard, John Terry and Arsene Wenger on the roll of honour.