"If Villa do stay up, do Manchester United have the stomach to spend £80m on Grealish?" asks Matt Law on Sunday Supplement

Manchester United's interest in Jack Grealish will hinge on whether Aston Villa are relegated this season, say the Sunday Supplement panel.

A report in the Sunday People claims United have made Grealish their top target this summer, replacing Jadon Sancho on their transfer wishlist.

Grealish has long been linked with a move to Old Trafford, but with a fee of £80m touted for the midfielder, Steve Bates - who wrote the Sunday People article - told the Supplement he didn't expect United to be spending so much in the midst of the coronavirus crisis, and that they would not need to if Villa are relegated.

"Grealish has been a player on their radar for quite some time, I'm not sure United would be spending anything like £80m on Jack Grealish, but particularly if Villa end up going down, in this current market, I don't think United would be valuing him at anything like £80m for a player who hasn't played for England or had sustained exposure in the Premier League," said Bates.

"He's certainly a player they're looking at. They were looking at James Maddison, but now it looks like he's signing a new contract. If (Paul) Pogba commits himself to United, there's less need to rush into the transfer market for a player like Grealish, they've just bought Bruno Fernandes who is, again, an attacking midfield player, but I think a lot comes down to the Jadon Sancho situation.

"United still like him, we saw what a top star he is on Saturday in the Bundesliga and he's probably ahead of Grealish in his development into a player to fit United's DNA."

That was a viewpoint shared by Matt Law, football correspondent at the Daily Telegraph, who said Villa would be under no obligation to sell their most prized asset, and captain, should they survive.

"Villa's Premier League safety will be key to the Grealish situation," said Law. "If they go down, I think everybody expects them to have to sell him, and not at the money they'd want to.

"But if they stay up, they have incredibly wealthy owners and if they go down, they'd only have to sell Grealish from an FFP standpoint. Their owners are the fourth or fifth wealthiest in the Premier League. There's no financial pressure on them to sell him, and if they do stay up, do Manchester United have the stomach to spend £80m on Grealish?" 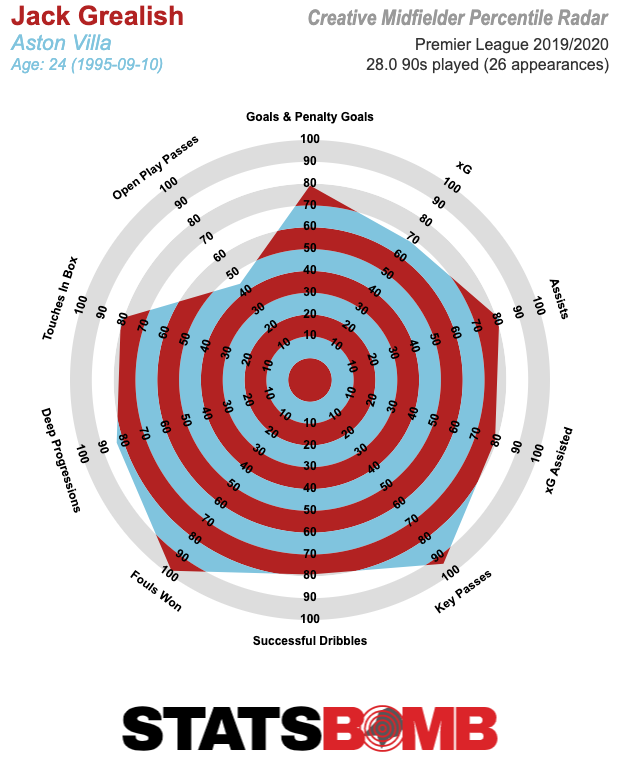