Souness: "Leeds have made a real statement tonight."

Jurgen Klopp called Leeds' performance "unbelievable" while Graeme Souness said the Premier League newcomers made a real statement despite their 4-3 defeat at Liverpool.

Mohamed Salah's hat-trick helped Liverpool claim a thrilling victory over newly-promoted Leeds, as the Premier League champions were given an opening day scare.

Leeds had waited 16 years for this return to the elite and it was well worth the time served as they showed they are no respecters of reputations, equalising three times to indicate the quality they possess.

Klopp told Sky Sports: "I congratulated everyone of their team, what a team they are. Unbelievable. I will watch them quite often during the season.

"What a game, what an opponent, what a performance from both teams. A proper spectacle, I loved that.

"The opponent forced us to make mistakes, we can do better, we will do better but I loved a lot about the game against a well-organised, passionate side like Leeds. We used our skills to cause them problems, we could have scored more and in the end we used set-pieces which is fine by me.

Analysis: 'Leeds have made a statement' 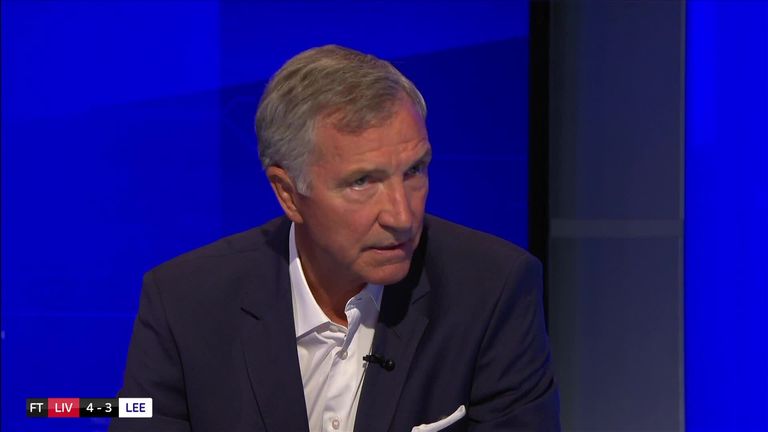 Graeme Souness and Jimmy Floyd Hasselbaink discuss Leeds' return to the Premier League after they almost held the current champions, Liverpool, at Anfield.

"For 80 minutes, Leeds were fantastic. But in the last 10, Liverpool pinned them back and it was only a matter of time before someone made a mistake or someone came up with a piece of brilliance. But Leeds have made a real statement tonight.

"I wonder if they've got a big enough squad as they surely can't play like that every time as it was some effort. Liverpool weren't at their best because Leeds didn't allow it. Liverpool normally hunt teams down like Leeds did to them.

"Tonight, Leeds had more possession at Anfield than Liverpool and I don't think I've ever seen that before with this Liverpool team."

Bielsa: We deserved to lose 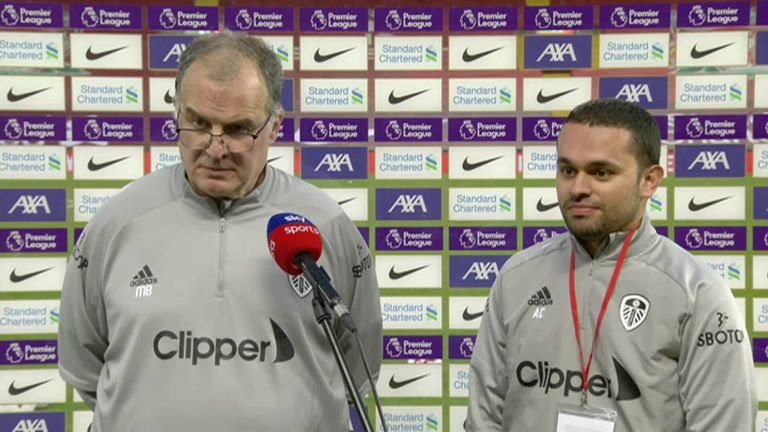 Leeds' Marcelo Bielsa says despite scoring three at Anfield they didn't create enough especially in the second half.

Despite the plaudits, Leeds boss Bielsa had no complaints with the result even though Liverpool left it late to nick the points when Salah converted from the spot after Leeds' new signing Rodrigo had fouled Fabinho.

Bielsa told Sky Sports: "It was a just defeat. Liverpool made it hard for us to neutralise them.

"In the second half especially we struggled to get the ball from defence to attack.

"We also stopped Liverpool playing like they usually do and we made a lot of effort. During large parts of the game we were able to match them.

"You can never be happy in defeat. At this level errors equals goals.

"To be able to score three goals is a positive thing, we should have created more danger when we attacked.

"We were very efficient but we didn't create enough goalscoring opportunities. We also cannot ignore we conceded four goals. A lot of those goals could have been avoided.

"But when you concede goals to opportunities you feel could have been avoided it makes the disappointment bigger."