Will Harry Kane beat Alan Shearer's Premier League goalscoring record? And will it be at Tottenham?

Jamie Redknapp said Kane was nailed-on to beat Alan Shearer's record; the Pitch to Post Review podcast panel discussed the 27-year-old's chances and whether he will achieve the record at a club other than Tottenham

After scoring his 160th Premier League goal on Sunday, Tottenham's Harry Kane is now 100 goals off Alan Shearer's all-time record. Will he beat it? And will it be at Spurs?

Shearer's record of 260 goals is unsurpassed in Premier League history, but Kane is on track to beat the former Newcastle and Blackburn striker's feat, reaching 160 with a penalty in the Super Sunday win over Aston Villa.

Sky Sports' Jamie Redknapp said Kane was nailed-on to beat Shearer's record, while the Pitch to Post Review podcast panel discussed the 27-year-old's chances, and whether he will achieve the record at a club other than Tottenham.

The key as to whether Kane will beat Shearer's record may come later in his career; Shearer took 44 appearances to go from 250 goals to 260 goals as he reached the tail-end of his time at Newcastle in 2005/06.

Kane, who is just two goals away from Jermain Defoe in eighth in the all-time scorers list, and three away from Robbie Fowler in seventh, also has the upper hand in terms of minutes per goal, 122 to Shearer's 147.

Injuries may come into play later in Kane's career, but so far on average Kane has missed fewer games a season since he broke into the Spurs team (5.66 games per season) compared with Shearer (7.92 games).

"As long as he stays in this country, yes he will break Shearer's record. He has got to score 25 goals a season for the next four seasons - of course he can do that.

"He is 27 years of age, he has got everything going for him and he will get goals, the fella just can't help it. He was born to score.

"He gets in the right areas. Of course, he is playing slightly deeper, but he is still getting his goals and having goal involvements as well.

"He will break that Alan Shearer record, make no mistake about it. It is just a matter of time."

'Kane's on course... but big decision to come' 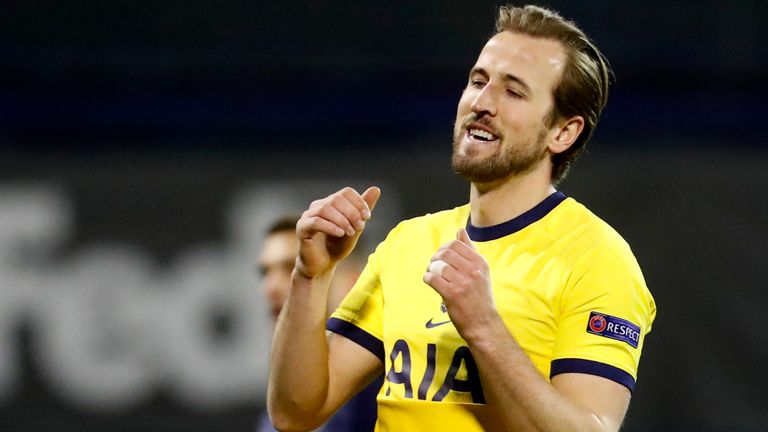 "I think he will break the record. He's phenomenal. The way he has adapted his game this season - he reminds me of Kevin De Bruyne sometimes, dropping deep. He's top of the assists in the Premier League this season, that's how much he's adapted this year.

"The only way he won't get this record is through injury. He ruptured his hamstring last season, which would have ruled him out for the entire season but for Covid halting the season.

"But we've seen over the last five years, Kane always picks up an ankle ligament injury. He picked one up in January, but he wasn't out for too long.

"There will be talk about Kane's future going into the next few weeks and months, I'm sure. I think this is a key summer for his future, and a key summer for clubs potentially looking at Harry Kane as well.

"There's no doubt in my mind, wherever Harry Kane plays, he'll be a success. He's at the forefront of everything, and the football he has played this season is truly staggering. His passing is phenomenal.

"It would be a terrible, terrible summer if Spurs lost him, but it will get brought up over the next few months. He has a big decision to make, that's for sure."

'Kane on similar pathway to Shearer'

"But then Shearer missed on average only six or seven games a season thereon from 1999, which for someone in their 30s isn't bad.

"I think what's in Kane's favour is that he's an all-round brilliant player and should still be playing in his mid-30s, like Wayne Rooney was at Manchester United, perhaps dropping deeper but still scoring 10 to 15 goals a season.

"I think there's a really good chance he'll do it.

"If you do the math, let's say he gets another five this season meaning he needs 96 to beat Shearer. If he's 28, he might have another six seasons maximum in him. That's on average 16 goals a season. That's bread and butter for someone like Harry Kane at the moment.

"But the debate is whether he is more likely to do it at Spurs or someone else, and I'm really interested to see what happens this summer. It feels like it's coming to a crescendo at the moment."