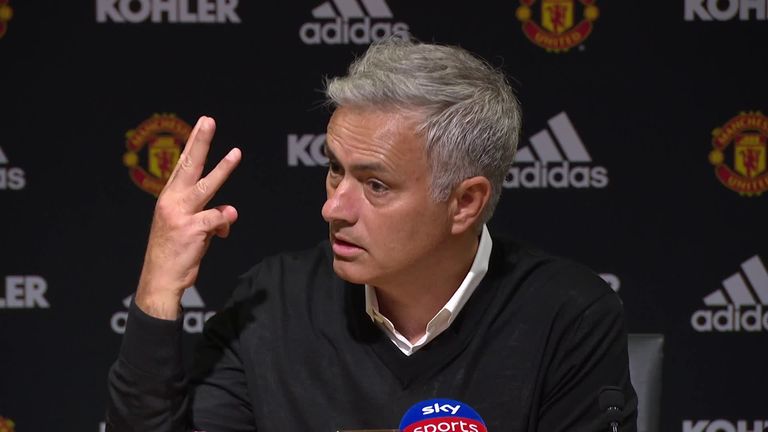 The Portuguese endured a spiky press conference after his heaviest home loss in management, which left the side 13th in the table with just one win from their opening three matches.

However, Mourinho - who won three titles in two spells with Chelsea - was in combative mood when challenged about the criticism coming his way both in the media and from fans, with many of those left inside Old Trafford at the final whistle booing.

"We lost a game because we conceded a goal from the first corner of the match against us," he said.

"In the first half zero corners, zero free-kicks, on minute 50-something they had one corner and scored a goal, and you want, with that goal, you want to transform the story of the game.

"But don't lose your time. Today I had the proof the best judge in football are the supporters."

When it was suggested to Mourinho many had walked out before the end, he added: "I would do the same, losing 3-0 and taking two hours from here to the centre of Manchester."

The Portuguese then went on the offensive, suggesting those in the media questioning him were orchestrating a campaign. 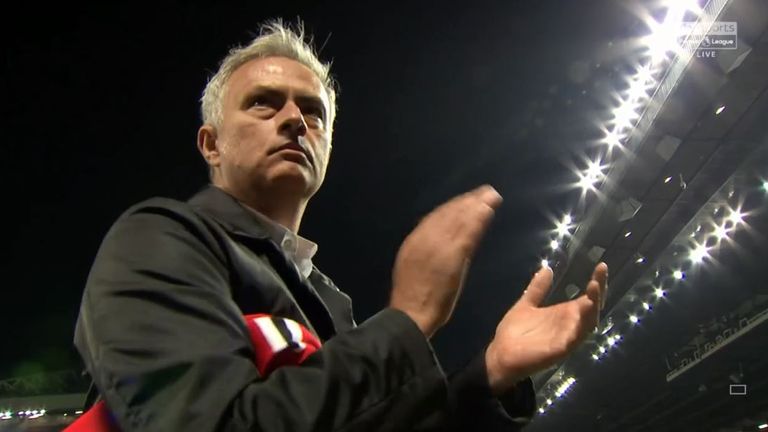 "Today the players left the pitch after losing at home and they were applauded because they deserved it.

"Three-nil but it also means three Premier Leagues and I won more alone than the other 19 managers together. Three for me and two for them."

United had the better of the first half but after Romelu Lukaku missed three decent chances, including an open goal from a narrow angle, Tottenham were more clinical after the break.

Harry Kane headed home a 50th-minute corner with Lucas Moura scoring the first of his double two minutes later with a smart finish, adding the finishing touch to victory six minutes from time. 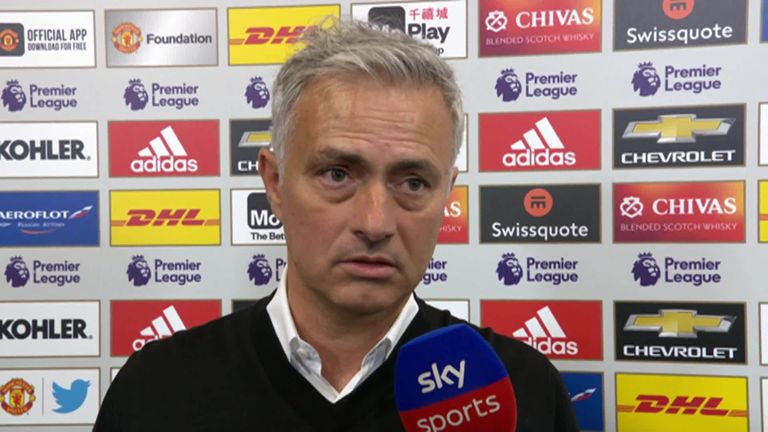 Jose Mourinho insists his tactics were not to blame for Man Utd's defeat to Tottenham, and says the whole team is fully united.

Mourinho refused to accept his side were second-best, adding: "We were so so much the better team in the first half I wouldn't be worried with that.

"Even with the unexpected 2-0 result, the way the team kept playing until the third goal arrived my message to the players has to be a positive message.