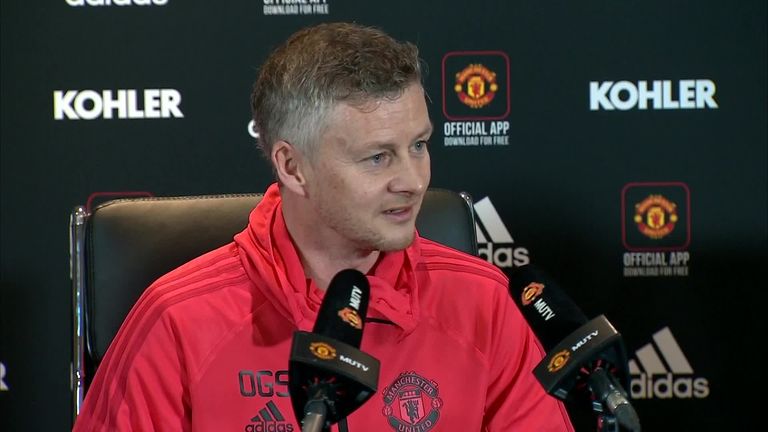 Ole Gunnar Solskjaer says Alexis Sanchez and Romelu Lukaku must step up and take their chances for Manchester United as they near a return to full fitness.

Both players have been underwhelming for United so far this season, with Lukaku scoring just six times in all competitions, while Sanchez has found the net just four times since moving to Old Trafford in January.

Paul Pogba was another player who was struggling under previous manager Jose Mourinho, and found himself relegated to the bench during the latter stages of the Portuguese's reign.

However, he has been revitalised under Solskjaer and, although he rejected suggestions he is responsible for the midfielder's improved form, the Norwegian urged Sanchez and Lukaku to follow Pogba's lead.

"I cannot do anything for their performances on the pitch. Paul has done it himself. The players have done the performances," Solskjaer said ahead of United's match against Bournemouth, live on Sky Sports.

"I'm here to help them, guide them on the path, and then it's up to them to do it on the pitch.

"I don't agree I've done that with Paul, and I can do that with Romelu and Alexis. It's up to them when they get a chance. That's the name of the game when you're a footballer. You've got to do it yourself.

"Yes you want help from your manager and your team-mates. I give them some guidelines. There's been loads of talk about freedom of expression, but that's how I've always been as a manager.

"You can't tell all the players what to do. They are here for a reason - they are good players. It's up to them to use their imagination, creativity and enjoy playing for this club, because that is the best time of your life. It's not a bad time being a manager either, for a little while."

Solskjaer also had praise for Antonio Valencia, another player who had fallen out of favour under Mourinho, and confirmed he will remain club captain during the caretaker manager's reign at Old Trafford.

He said: "Antonio is the captain. When he is properly fit and playing, he will wear the armband.

"He's going through a couple of tough sessions to get him ready for the busy period. There are not many better right backs going forward."