Ole Gunnar Solskjaer says he was told by Molde's owners to enjoy his loan as Manchester United's caretaker manager and succeed in the role, meaning the Norwegian would not need to return.

Solskjaer has won eight of his nine matches in temporary charge of the club he played for with great distinction for 11 years and will aim to maintain his unbeaten tenure with victory against Leicester on Sunday, live on Sky Sports.

The Norwegian has impressed since getting his chance at Old Trafford and has become a front runner for the role on a permanent basis, with the former striker revealing the good luck message Molde's co-owners Kjell Inge Rokke and Bjorn Rune Gjelsten gave him.

Solskjaer said: "When I rang the owner and said that United had called and that he always knew that this had been my dream, he said: 'Go over, enjoy yourself - and please don't come back'.

"Both owners wished me all the best because they knew this is something I dreamed about.

When I rang the owner and said that United had called and that he always knew that this had been my dream, he said: 'Go over, enjoy yourself - and please don't come back.'

"To get the backing from them was fantastic. If I go back to Molde, I will do my best for them - but it depends when I go back.

"It's been fantastic so far. Hopefully I will get to see my family soon, because that has been the only downside to the job."

Solskjaer set a club managerial record as he won his opening eight fixtures, but that run came to an end as his side were held to a 2-2 draw against Burnley on Tuesday. 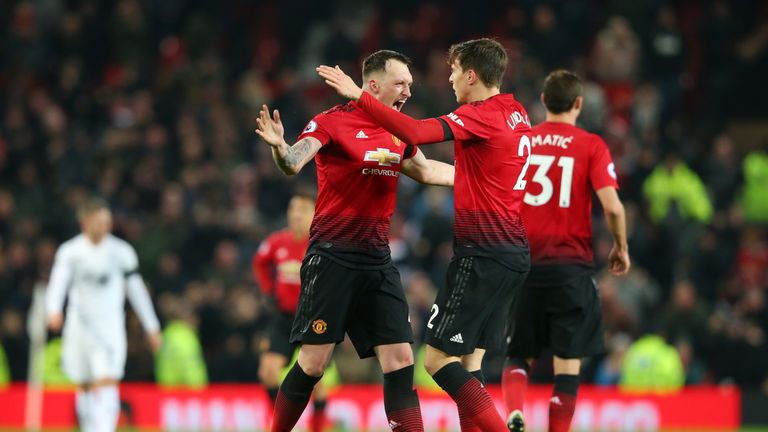 Highlights from Manchester United's draw against Burnley in the Premier League

United did not sign any players during the January transfer window but the 45-year-old caretaker manager is being consulted over future additions ahead of next season, whether he remains in charge or not.

"I think it's quite natural that whoever is in charge and whoever is involved with the players already here has a voice in that," Solskjaer added.

"I have got to know the players, what potential they have, how far away they are from reaching that potential, and who we can build a team on. So of course I put my views into the club.

"It was just about coming in to work with the players and I knew that if the club had targets for the transfer window, they would have discussed them with me."

Anthony Martial and Paul Pogba are expected to be fit for Manchester United's trip to Leicester on Sunday, live on Sky Sports.

Solskjaer believes his knowledge of the club's culture puts him in a good position to judge which players would fit in.

"I am always in the position to tell United who they should look at, and that will continue after the summer if I'm not still here," he said.

"I will always advise the club, especially if they ask me. It comes down to playing style, how we want to look in one or two years' time, what kind of players we want and what kind of personalities we look for.

"It's about finding players with the right Manchester United identity and DNA."