Ashley Young is expected to sign a one-year contract extension with Manchester United in the next few days, Sky Sports News understands.

The 33-year-old has been in talks with the club for a while and it is understood those discussions are progressing well and close to being agreed.

Anthony Martial signed a new five-year contract at United on Deadline Day, while the club are in talks with Marcus Rashford over a new deal.

Juan Mata, Phil Jones and Ander Herrera are all out of contract in the summer, however.

Young joined from Aston Villa in 2011 for £17m, and has won the Premier League, FA Cup, Europa League and League Cup during his time at Old Trafford.

He has successfully transitioned from winger to full-back in recent seasons, and was a valuable member of United's first team under Jose Mourinho.

Caretaker manager Ole Gunnar Solskjaer has started Young in all but two of his games in charge, regularly selecting him as captain in the absence of Antonio Valencia. 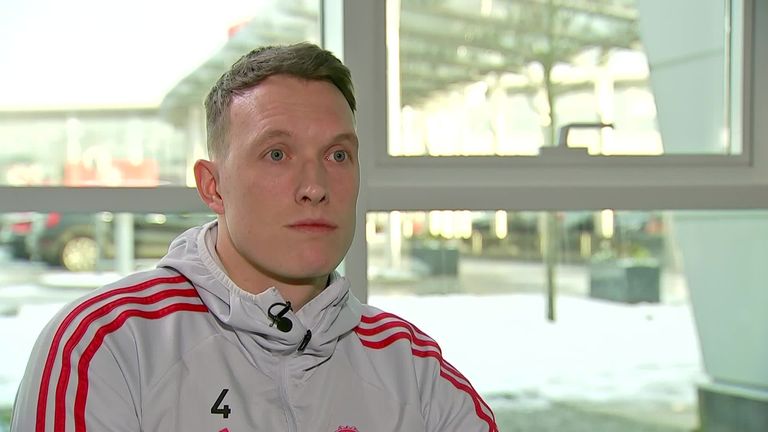 Phil Jones says he is keen to extend his Manchester United contract, with his deal set to expire at the end of the season.

Asked about his contract status in December, Young said: "That's up to the club. I feel as fit as when I was 21 years old.

"As long as my legs can keep taking me up and down the pitch I'd love to stay here."

Young was an important part of the England side that reached the World Cup semi-finals in Russia last summer although he has not featured for the national team since.