Nemanja Matic says Manchester United must be “focused from the first day” if they are to stand a strong chance of winning silverware next season.

United finished sixth in the Premier League, as close to champions Manchester City than relegated Cardiff, and were trophy less for the second consecutive season.

Jose Mourinho was sacked midway through the last campaign after leading the club to their worst start to a campaign for 28 years. 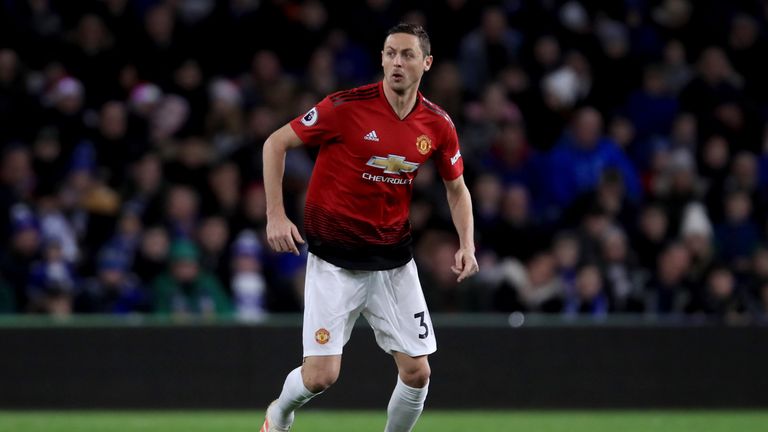 We want to win trophies, so I think everyone needs to be ready.

His successor Ole Gunnar Solskjaer initially brought around an upturn in form, before they lost five of their last nine league games.

"I think we need to be focused from the first day, to prepare physically and to be ready mentally for the season which is in front of us," Matic told the club's official website.

"We [must] think positively. We want to win trophies, so I think everyone needs to be ready."

Matic, set for his third full season at Old Trafford, believes that because there is no major international tournament this summer that the squad will return for pre-season next month in a "good mood".

"The mood is always great," he said. "But last summer, because we had the World Cup, we had a shorter holiday and didn't have as much time to rest."

United are focusing on signing young home-grown talent this summer and secured the arrival of 21-year-old Wales winger Daniel James from Swansea on a five-year deal on Wednesday - Solskjaer's first signing as manager.

The club will begin their pre-season in Australia, but attention to next term will continue with the announcement of the Premier League fixtures for the upcoming season revealed on Thursday.

"I'm getting excited about the new season," Matic said. "But I won't look at the fixtures a lot because you have to look game by game.

"In football it's not good to think about a game that comes later, so you need to be focused always on the next challenge."

United have won 17 of their previous 27 fixtures on the first weekend of the season, more than any other club, drawing four and losing five.

"It's always better to start at home, in front of our supporters," the midfielder added.

"But, as I said, the season is long and that's not something you can change, but it's always to good start at Old Trafford, of course."