Manchester United midfielder Paul Pogba has taken the battle against racism into his own hands in the wake of the continuing "ignorance" being shown at football stadiums across the continent.

The 26-year-old came off the bench as Ole Gunnar Solskjaer's side secured a 4- 1 win against Newcastle on Boxing Day, when he wore black and white wristbands during the warm-up.

'No to racism' and 'We are one' read the wristbands that Pogba asked team-mates to join him in wearing before the match, with the France international giving his to a young fan in the crowd. 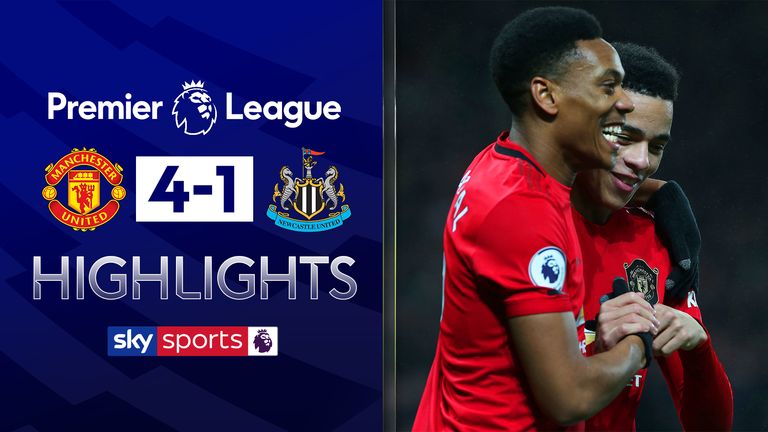 FREE TO WATCH: Highlights from Manchester United’s win over Newcastle in the Premier League

The World Cup winner later posted an image of that moment on Instagram with a Martin Luther King quote - "Hate cannot drive out hate, only love can do that" - and the hashtag #NoToRacismWeAllOne.

"It was my idea to do that," Pogba said of the wristbands.

"I mean, I've been thinking about doing this but I don't want to go through the UEFA or the FIFA. I (have) done it myself.

"I think we have the chance to have this power to show things in football, on TV.

"People see it so I think that will make people understand some things. "I think it's ignorance. Ignorance and stuff like that, and just to show people that you are all one. We are all one.

"I mean, by hearing things every week. We keep seeing it again and again in a lot of stadiums.

"It's just to show that, to give support to all the players - I mean, black or white or Chinese or whatever who you are. But there is only one race.

"And just to show respect to everyone.

"Like I said, we are all one. We all came here to enjoy football, to enjoy ourselves and to do what we love."

Pogba reeled off a number of players when asked who he was supporting, from Napoli defender Kalidou Koulibaly and Everton's Moise Kean, to United team-mates Jesse Lingard and Fred.

The 26-year-old was subjected to racism on social media at the start of the season, while he also mentioned Antonio Rudiger after the Chelsea defender was subjected to alleged racist abuse at Tottenham last weekend.

This was United's first match since then and Pogba's first at Old Trafford since September, with the midfielder inspired by the 'Stand Up, Speak Up' anti-racism campaign initiated by Thierry Henry and backed by Nike in 2005.

"Basically I was thinking about doing this for a long time," said the midfielder, who two years ago helped launch #EqualGame, a UEFA RESPECT social responsibility campaign.

"I remember when I was younger about 'Stand Up, Speak Up', something like this. It just reminded me of that.

"I mean, a lot of players in a lot of leagues - not only in Premier League, in Italy, Spain, everywhere - and we keep hearing this (racism). "We are just football players, we want to enjoy that. The fans needs to enjoy coming and seeing some nice football and that's it.

"So, this is to show that we're against that [racism].

"I don't want to go and make interviews but just I know that it will make people talk.

"The team-mates, we done it. Fred, Andreas (Pereira), I mean everyone, we are against that.

"We are just for football, enjoying football. We do what we love.

"We give joy to the fans, to everyone, to all the spectators and that's all we want to see in the stadium."