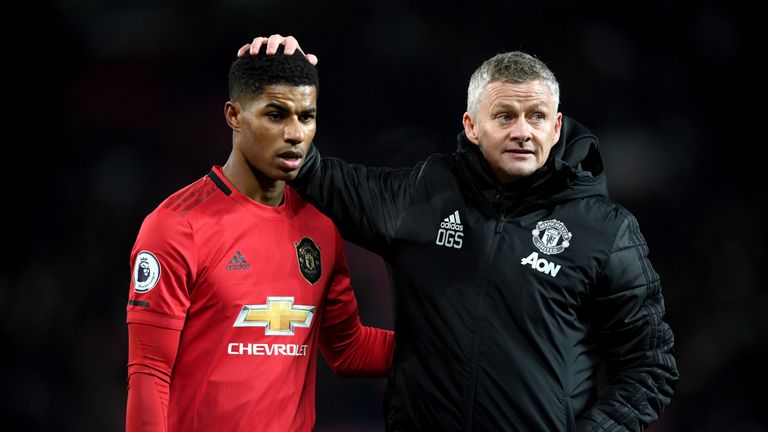 Marcus Rashford is expected to miss Manchester United's trip to Liverpool on Sunday with a back injury, Ole Gunnar Solskjaer has said.

Solskjaer admitted his decision to bring Rashford on in the 1-0 FA Cup third-round replay win over Wolves on Wednesday "backfired" after the United forward was forced off after only 16 minutes with the injury.

"I'm not going to hold my breath," Solskjaer said. "I probably think he wouldn't be ready.

"We're going to give him the absolute amount of time to find out." 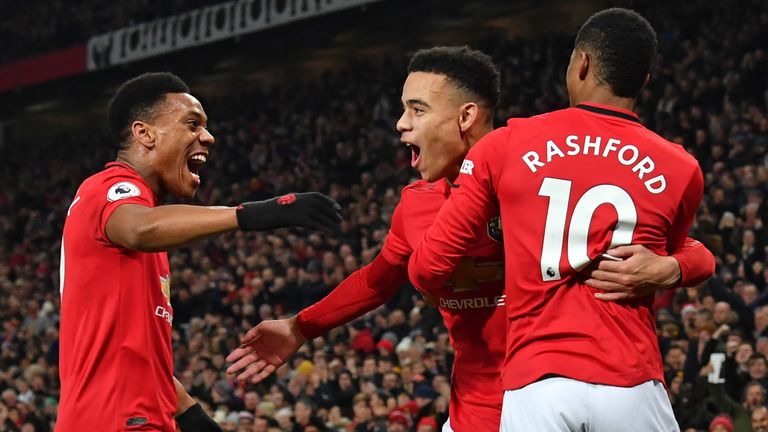 Solskjaer says there is a lot more to come from his front three of Rashford, Mason Greenwood and Anthony Martial

Rashford has started every Premier League game for United so far this season and is the club's top goalscorer with 20 in all competitions.

The trio have outscored Liverpool's forward line of Sadio Mane, Mohamed Salah and Roberto Firmino, but Solskjaer has remained reluctant to start all three together.

"We can see them three - and we've got them on long contracts - developing into a very exciting front three," he said.

"I was here with Cristiano Ronaldo, Carlos Tevez, Wayne Rooney - that's what we want as Man United supporters.

"You want to see them express themselves and go to places like Anfield and put fear into their defenders."

Solskjaer insists there is "a long way to go" to get his front three to the level Jurgen Klopp has at his disposal at Liverpool.

We’ve got a long way to go to get them to the level that Liverpool have.

"You can see the rotations, movements, understanding between them," he said. "We hope that our three will get that understanding in a while.

"I believe in ours, we're going to add to them as well, but in the years coming I'm sure we'll see lots of them three.

"But Liverpool have scored more goals than us this year so I'm not going to say that ours are better than theirs."

Analysis: A dilemma for Solskjaer

Solskjaer knows how important the game is to Manchester United fans but he was also signed by a manager who was no stranger to dabbling in mind games ahead of such a fixture as this.

The truth is that, as Ole said, Rashford will be given as much time as possible to be fit.

Added to that, the striker will want to play and both manager and player probably know right now whether he has any chance or not of facing the Reds at Anfield on Sunday.

What neither party wants is a situation whereby Rashford plays, aggravates the injury and then find himself missing for a prolonged period.

That would hurt United massively as, arguably, he's the club's only world-class performer currently and more pertinently perhaps, the only player from Old Trafford that would make it into a combined Liverpool and United team!

Rashford's form and unpredictability make him a real threat to Liverpool and Jurgen Klopp's side would certainly prefer to face United without him.

But equally, if Solskjaer is robbed of his leading goalscorer it will raise questions as to what formation he'll go for and what result he'd be happy to take away from Merseyside.