Shanghai Shenhua expect Odion Ighalo to return from his loan spell at Manchester United in time for the start of the new Chinese Super League season, which is scheduled to begin in July.

Manchester United are keen to extend Ighalo's loan to cover the end of the Premier League season, the date of which remains unclear amid the coronavirus pandemic.

As it stands, Shanghai Shenhua will only allow Ighalo to remain at Old Trafford if it is on a permanent deal and the Chinese club value him upwards of £20m.

It is thought Newcastle United would be interested in Ighalo if their proposed takeover is completed this summer.

Ighalo revealed last month there is "no offer on the table yet" from Manchester United over extending his stay at the club beyond his current loan spell, despite manager Ole Gunnar Solskjaer hinting that a deal could be made.

The Nigerian striker made an encouraging start to life at Manchester United following his surprise Deadline Day move, scoring four times in eight appearances prior to the suspension of the Premier League.

Sky Sports News revealed in March that Ighalo had been offered a two-year contract extension by parent club Shanghai worth £400,000 a week.

Ighalo's current contract expires in December 2022, but Shanghai want to keep him until at least December 2024. 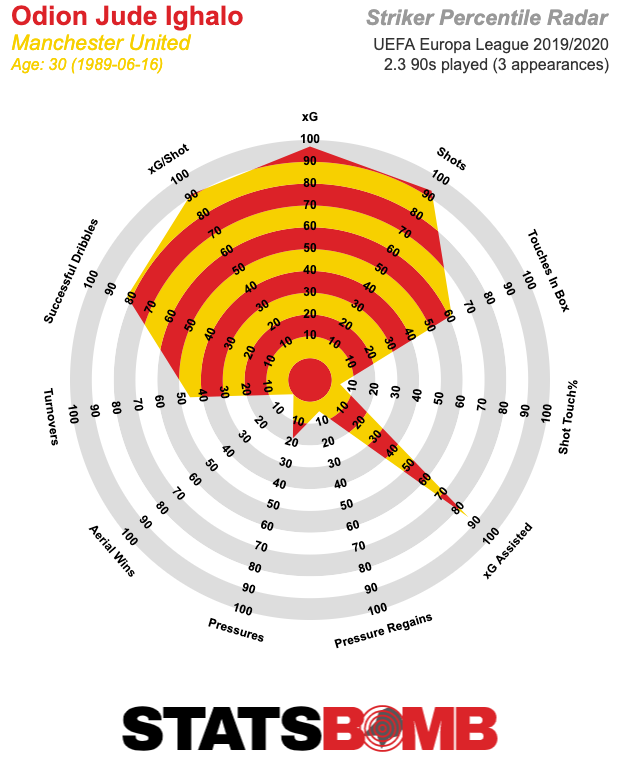 The loan players in limbo

Ighalo is one of many Premier League loan players in limbo.

This season's loan deals expire on June 30 and, if the Premier League resumes, the potential for games to spill over into July could cause issues for some 163 footballers contracted to top-flight clubs.