Odion Ighalo on racism: Manchester United striker ready to walk off if he gets abused again

Manchester United striker tells Sky Sports News recent events have affected his outlook: "It shouldn't happen to any player or anyone in the world"

Manchester United striker Odion Ighalo says he is prepared to walk off the pitch if he is racially abused again in his career, after revealing he was called "all sorts of names" by an opposition player in China.

Ighalo, on loan from Shanghai Shenhua, reported the abuse to the Chinese FA but after no action was taken he decided to "let it go".

The 30-year-old, who has called for "justice to be done" following George Floyd's death in US police custody, now says he would be ready to take further action should he be subjected to racist abuse on the football pitch.

"If it happens to me I would report it to the referee and see what they do, but if they don't take action about it then I'm going to walk off because it should not be done to any player or anyone in the world," he told Sky Sports News.

"In one game in China I got called all sorts of names and after the game, I didn't shake his hand. I walked straight into the dressing room, I was angry, I reported it to the FA.

"I didn't press forward with it, I just let it go because I'm just this kind of guy. I don't like to drag issues out. But I don't think it should be condoned in any country."

'We are fighting for the next generation'

Global protests have been ongoing since Floyd, a 46-year-old black American, died when a white policeman knelt on his neck for nearly nine minutes.

Nothing but energy & passion today.
I make no apologies for standing up for what I believe in. pic.twitter.com/QtnGKgIpfE

It has sparked tributes and messages of defiance across the sporting world. On Monday, Liverpool became the first Premier League side to take a knee in support of the Black Lives Matter movement. England and Aston Villa defender Tyrone Mings joined protests in Birmingham on Thursday.

"Nobody should condone racism," said Ighalo. "We are all human. Despite the colour of our skin, we are all the same, we live in the same world, the same life. 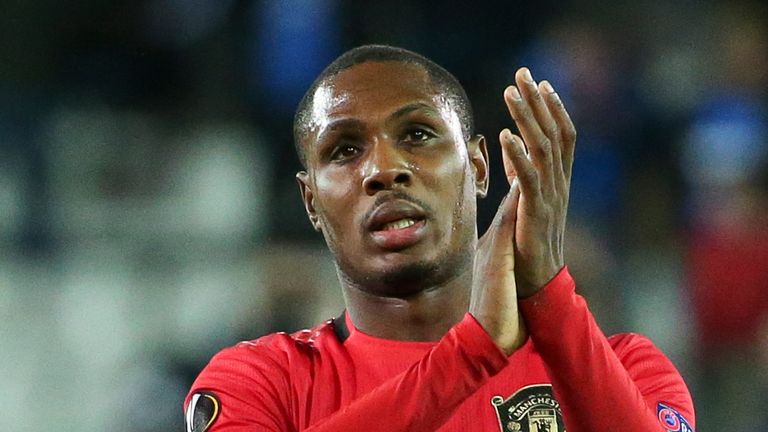 We should fight for humanity not colours.

"It didn't start today, it's not going to end today. It's going to take time. We are hoping this situation can change the narrative and make it more limited. It's going to reduce it to a minimum.

"We are fighting now so that for the next generation it will be cut off, finally.

"We have to start from the younger generation, educate them, let them see that all humans are the same. We should fight for humanity not colours."