Greenwood dazzled with a double in United's 5-2 Premier League win over Bournemouth on Saturday, taking his tally to 15 goals for the season in all competitions.

The United academy graduate began the 2019-20 campaign as one of Solskjaer's go-to substitutes in the Premier League, but he has gone on make seven starts after impressing in the Europa League.

Greenwood was hailed as a "specialist finisher" by Solskjaer, and the United boss believes the England U21 forward can handle the pressure of playing in Gareth Southgate's senior national side.

"So he could play for England full team or the U21s, I don't really mind. I know he's doing well for us and it's great to have him here.

"Mason's a naturally good finisher, so he'll always score goals. He's a humble boy, he wants to learn, he listens and he works hard. Mason is one of the best if not the best finisher I have worked with and seen. He is so calm."

Greenwood has played four U21 matches for England, most recently scoring in the 2-1 friendly defeat to the Netherlands last November.

England's senior side are next in action in September, with matches scheduled against Iceland and Denmark in the UEFA Nations League.

"Greenwood has 15 goals this season and for an 18-year-old, that is absolutely incredible.

"What I like about him most of all is he actually did his first interview with United's in-house TV station and one of the questions was: 'What is your favoured foot?' And he is that good really that when you watch him, you do not know if he is left-footed, or right-footed.

"He is just a natural footballer and his finishing is just sensational. And what I really like about him is usually when young players come through like that, strikers tend to rely on their pace. And while he is quick, he just has an incredible technique and this natural ability to find the back of the net." 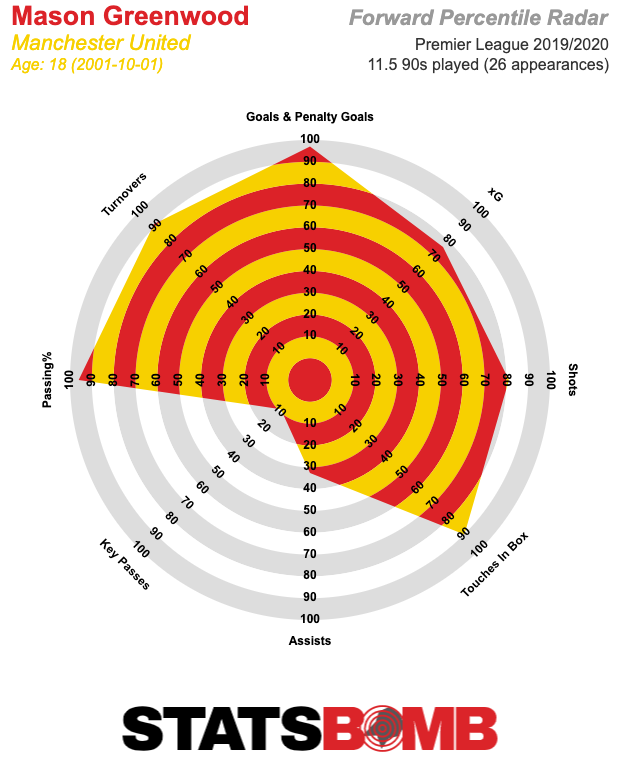