Donny van de Beek has agreed personal terms with Manchester United and will complete a medical in the coming days ahead of a £40m move from Ajax.

The deal, which is thought to be in the region of €39m, plus another €5m in add-ons, is expected to be completed in the next few days while the player is on international duty with the Netherlands.

The 23-year-old will complete his medical while with the Netherlands squad before travelling to the UK following the Nations League games against Poland (September 4) and Italy (September 7).

The Government has also confirmed to The Transfer Show that Van de Beek will not need to self-isolate for 14 days in the UK provided he is a registered Manchester United player before either of his games for the Netherlands.

If the Dutchman becomes a United player prior to the Netherlands' matches against Poland or Italy he will be allowed to apply for an exemption on sporting grounds.

Not the end of United's summer business

"Manchester United are not going to stop with Donny van de Beek. Jadon Sancho is their No 1 target, there's still been no movement on that, they haven't made a bit for him yet.

"There's an interesting development about Dayot Upamecano, one of the best young centre backs in the world, one of our colleagues, Mark Ogden from ESPN, today said United are interested in signing him. Recently he signed an extension with RB Leipzig, but that has a release clause which kicks in next summer for about £40m.

"My understanding was that next summer he was likely to move to Bayern Munich but obviously, there's nothing stopping clubs like United trying to sign him this summer." 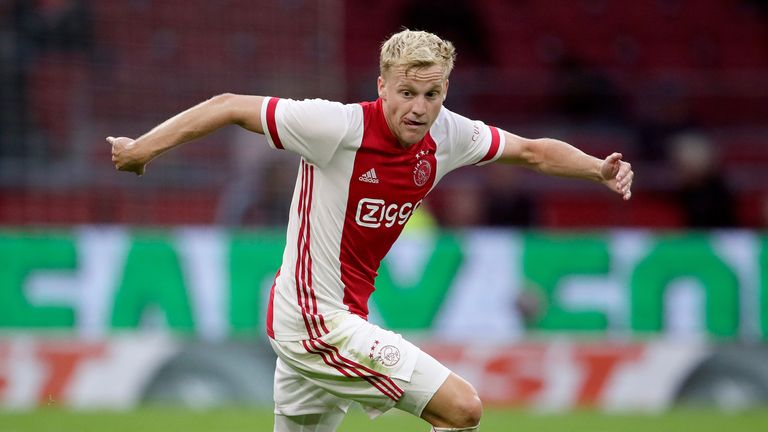 "Twelve months ago there was an agreement with Real Madrid. They were absolutely sure they wanted him. The Covid situation has changed that," Van der Kraan told Sky Sports News.

"Dennis Bergkamp, the former Arsenal No 10, is his father-in-law these days and I am sure Donny Van De Beek has knocked on his door and said 'look, where do you advise me to go?' 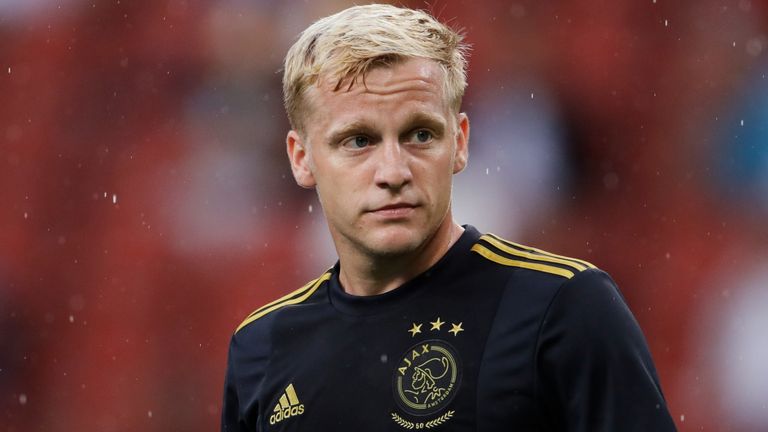 Van de Beek joining Man Utd will be a fantastic move for both the player and the club, says their former goalkeeper Mark Bosnich