If this was the test of whether Manchester United have the squad depth to succeed without Bruno Fernandes in the starting line-up, they failed it. Ole Gunnar Solskjaer will be more convinced than ever that his team are reliant on their Portuguese playmaker.

Manchester United were dismal for much of their 3-1 win over West Ham, having omitted Fernandes from the team for the first time in a Premier League game since his arrival in January. On that occasion, Solskjaer's side were beaten 2-0 at home to Burnley.

This time they were able to turn to Fernandes at the interval.

There were other factors as Manchester United came from behind in the second half at the London Stadium. Paul Pogba's superb strike levelled the scores. Mason Greenwood's clinical finish gave them the lead. Juan Mata's sumptuous pass to Marcus Rashford sealed the points. 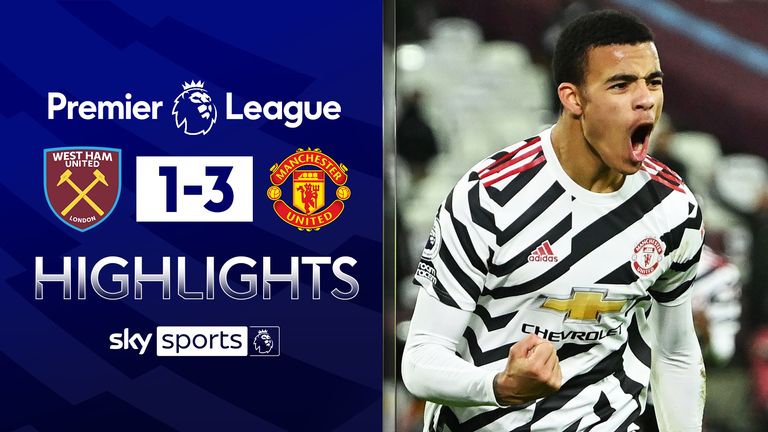 But it was Fernandes who was there prompting all of it. It was his good work that retrieved the ball in the build-up to Pogba's goal. It was his lay-off to Alex Telles that provided the pass before the pass for Greenwood's goal and it was him who fed Mata for the third.

When it was over and Manchester United had completed the victory that moves them into the top four of the Premier League, Fernandes had directly created eight chances from open play.

It is an outrageous statistic that illustrates his extraordinary influence on this Manchester United team. His creativity with the ball at his feet is remarkable and it transformed the game.

The Manchester United manager had acknowledged beforehand that he had hoped not to need Fernandes. A huge week awaits with the need to pick up a result at RB Leipzig to secure progression to the knockout stages of the Champions League. The Manchester derby looms next weekend. Fernandes had a slight knock. He wanted to rest him.

The problem is that the team fails to function in his absence.

"The passing has been awful by Manchester United," said Gary Neville, on co-commentary for Sky Sports, at one point during the first half. "Awful. Terrible, honestly. All of them. Giving it away so cheaply. The weight of pass, appreciation of team-mates. Terrible."

He was absolutely correct.

As good as West Ham were in that opening 45 minutes, it was Manchester United who contributed to many of the clearer chances. Harry Maguire's stray pass resulted in a Jarrod Bowen shot. Anthony Martial's loose work led to Pablo Fornals hitting the post.

At the other end, they mustered only three shots, none of them from particularly promising positions. Fernandes helped to ignite the team and once Pogba had equalised, the complexion had changed. When West Ham chased, his passes picked them off on the break.

The assist means that Fernandes has now been directly involved in 36 goals in the 38 games that he has played for Manchester United in all competitions since debuting in February - 22 goals and 14 assists. Five more than any other Premier League player in this period. Let us never speak about the difficulties of the January transfer window ever again.

What will continue to be debated is the thorny subject of Manchester United's progress under Solskjaer. The individual quality within the squad is apparent, that ability wins points. But the sight of this team looking so devoid of ideas before Fernandes and Rashford's arrival raises serious questions about how robust this progress really is.

Pattern of play, pressing triggers, even the culture that has seen the team have to come from behind to win five of their six Premier League games this season must be a concern. Consistency is missing.

Fortunately, Manchester United have Bruno Fernandes. And while this was an alarming reminder that the squad depth might not allow for the kind of rotation that Solskjaer would like, it was further proof too that they have a player who can turn most games their way. RB Leipzig and Manchester City can expect to see his name on the team sheet.