Ole Gunnar Solskjaer on getting the spark back: 'It's always the perfect game to get everyone going again. As a Manchester United player we know how much this means for our fans.'; watch Man City vs Man Utd live on Super Sunday from 4pm on Sky Sports Premier League; kick-off 4.30pm 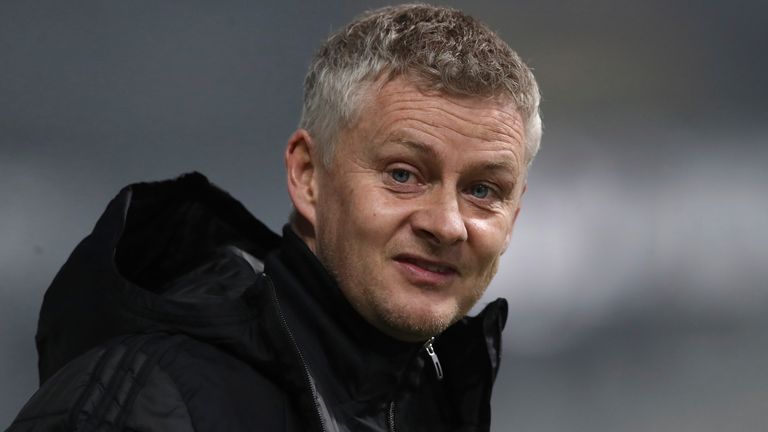 Manchester United manager Ole Gunnar Solskjaer says Sunday's derby against Manchester City is the "perfect game" to get the spark back in his players.

United approach the Manchester derby on a barren run, failing to score in their last three matches, and Solskjaer admits they have been missing something in recent weeks.

But the United boss is hoping his players can call on their good record against the league leaders - having won home and away against City last season - when they travel to the Etihad on Sunday to try and close the 14-point gap.

"It's always the perfect game to get everyone going again," Solskjaer told Sky Sports News. "You get tested against a very good team, in form. As a Manchester United player we know how much this means for our fans.

"For this team, we've had some of our best moments against City, away and at home. We've seen how we can do it. You've got to defend well, and you've got to attack well. 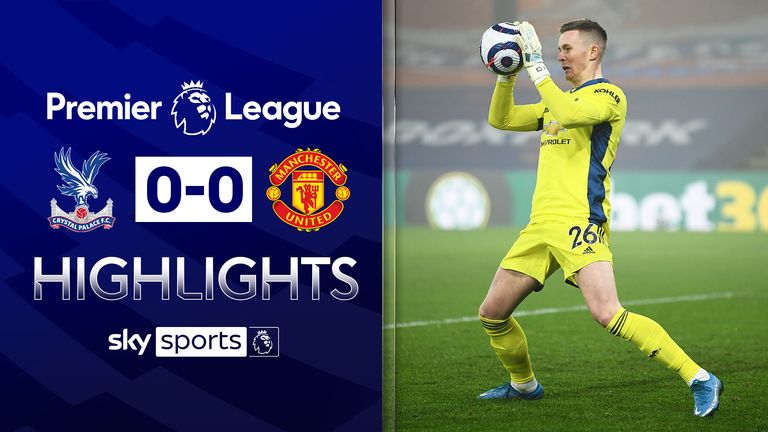 FREE TO WATCH: Highlights from Crystal Palace's draw with Manchester United in the Premier League

"When you walk on to the pitch, and you play a team that is in such a good vein of form, you know that you have to perform.

"The butterflies come into play, you know, the blood is boiling, you're getting ready, thinking, 'This is a test for me and this is a challenge'.

"These are the challenges you sign up to when you sign for Man United because you perform in these big games, that's the next step for us."

Ole 'disappointed' by form, but pleased by progress

United were top of the league in January, but have struggled for form over the past two months, winning just two of their last eight matches in the Premier League. City have been ruthless in that period, going on a 21-game unbeaten run, putting them in pole position to reclaim the title. 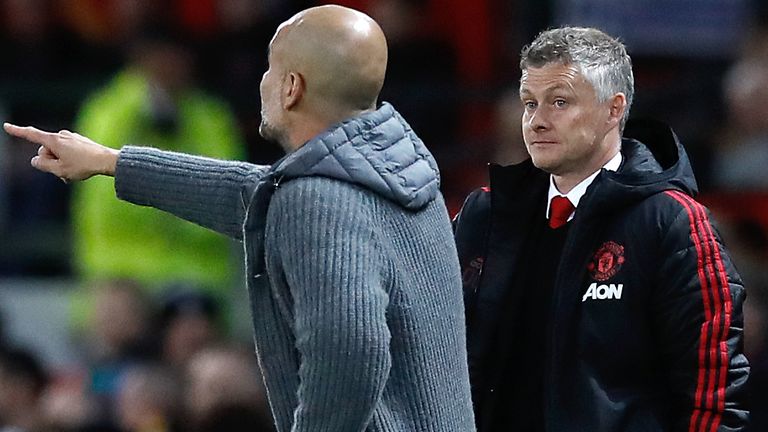 Pep Guardiola says his Manchester City side are 'not scared' of Manchester United ahead of their meeting at Etihad Stadium on Sunday, live on Sky Sports

Despite United's failure to capitalise on a strong position in the table, Solskjaer is pleased by his side's progress since last season when they were fighting for top four until the final day of the campaign.

"Of course, we are disappointed in the points we have lost lately," he added. "We go into every game trying to win.

"This team has come a long, long way and of course we need to take the next step. But, say, six or seven months back no one would even mention the word title when talking about us.

"That makes me smile, it makes me happy that we have been performing better than people expected. We expect ourselves to win every game, we expect to go into this game and create enough chances to win.

'We've got to stop taking frustrations out on each other'

After United's 0-0 draw at Crystal Palace on Wednesday night, a clip of Marcus Rashford and captain Harry Maguire in a heated exchange has been circulating online. 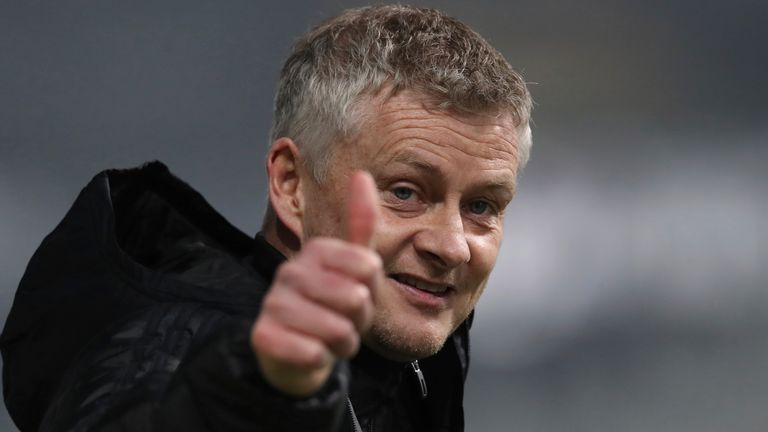 Solskjaer says he is concerned the push to rediscover a "winning culture" at Old Trafford is causing tension between his players and wants them to be careful about taking out their annoyances on each other.

"Sometimes it has boiled over into frustration when it hasn't worked our way, we've got to stop that, the frustration on the pitch," said Solskjaer.