Ole Gunnar Solskjaer does not expect Sergio Aguero to follow in the footsteps of Peter Schmeichel, Andrew Cole and Carlos Tevez by representing both Manchester City and Manchester United; Aguero is a free agent this summer

Manchester United boss Ole Gunnar Solskjaer was critical of players who have crossed the divide to Manchester City when emphatically ruling out a move for Sergio Aguero in the summer.

Aguero is leaving City after 10 years at the club, with the 32-year-old striker to become a free agent when his contract expires at the end of the season.

Arsenal manager Mikel Arteta has ruled out a move for Aguero while Chelsea have been linked with the Argentine, but Solskjaer made it clear he does not expect the player to make a switch to Old Trafford.

"When I played for Man Utd, if a rival club would try to sign me and I'd gone to a rival club, where's the loyalty?" Solskjaer said. 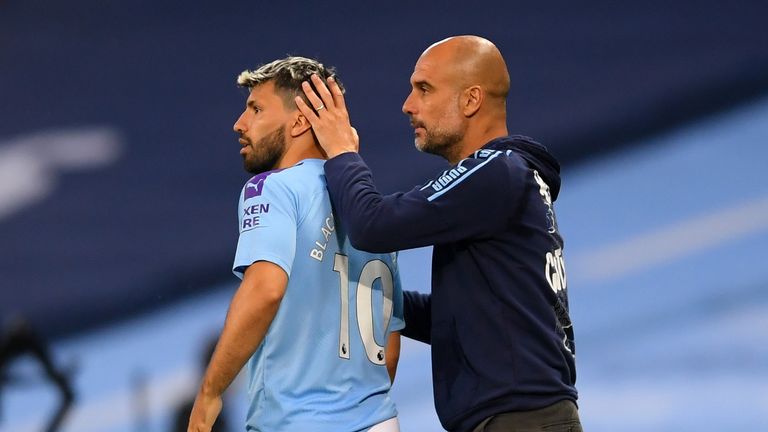 Pep Guardiola says it will be impossible to replace Sergio Aguero, as the striker prepares to leave Manchester City at the end of the season

"Of course, loyalty is one of the values I rank highly. So I wouldn't expect any player who had played for a club for 10 years to want to go to a local rival."

More than 40 players have represented both Manchester clubs, with Andrew Cole, Owen Hargreaves and Peter Schmeichel among the players from the Premier League era to have featured for City and United. 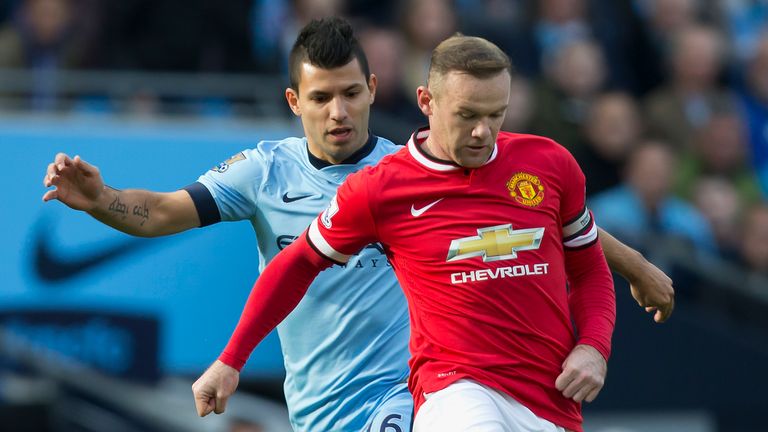 Carlos Tevez, meanwhile, swapped City for United in 2009, with a sky-blue "Welcome to Manchester" poster amplifying the controversial move.

Solskjaer was a United player when former team-mates Cole and Schmeichel went on to play for City, while the Norwegian was working with the academy when Tevez made his move 12 years ago.

"I know we're professional but when you play for Man Utd, you don't go to Man City," Solskjaer added.

"We've had examples of that and I didn't really agree to those moves, to put it that way. I don't want to name names, but you all know who I point my finger at. Enough said."

'Haaland will make his own mind up' 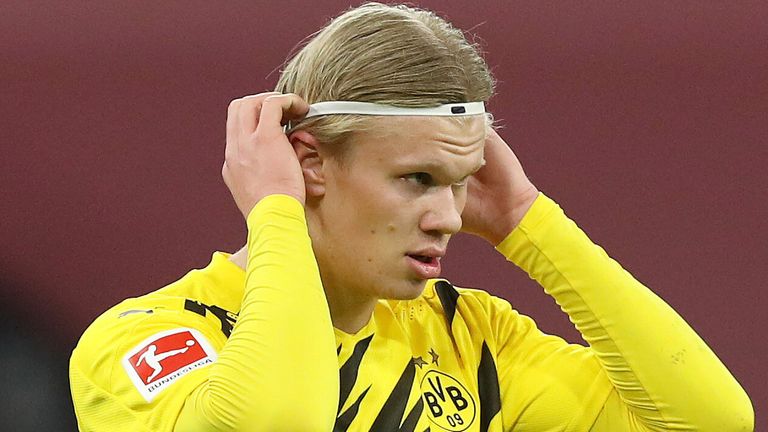 Speaking ahead of United's Premier League match with Brighton on Sunday, Solskjaer would not be drawn on Erling Haaland at a time when the Borussia Dortmund striker's future is the subject of widespread speculation.

"I'm focusing on the next two months," said Solskjaer when asked if he can afford to miss out on his former Molde striker a second time after trying to sign him in December 2019.

"Whatever happens in the world of football, there are only so many places anyone can go to. I'll just focus on the ones who are here.