Two people have been arrested following protests outside Old Trafford ahead of Manchester United's re-arranged game against Liverpool.

The fixture had originally been scheduled for May 2 but was postponed due to protests.

A large number of United fans gathered outside the stadium prior to the rescheduled Premier League clash with some setting off flares and displaying banners that expressed discontent with the Glazer family's ownership of the club. 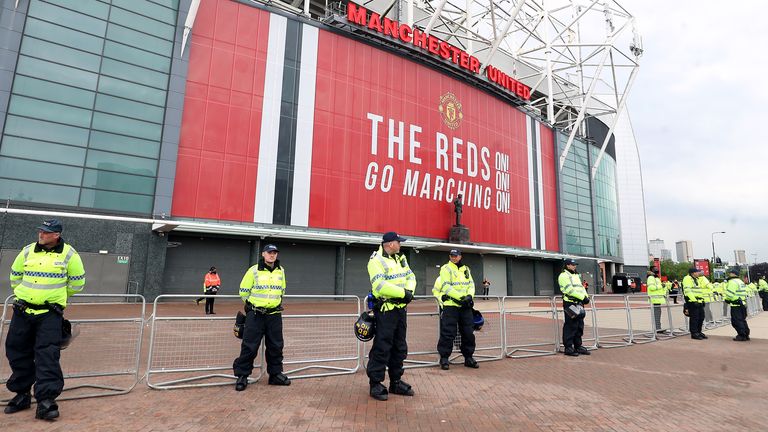 James Cooper reports that there is potential for further protests from Manchester United fans when 10,000 are allowed into Old Trafford for the club's final home game of the season against Fulham on Tuesday.

Both teams arrived safely at Old Trafford - with United players getting to the ground several hours early - and the club had stepped up security at the ground in the wake of the protest earlier this month.

Buses carrying Liverpool players and officials arrived an hour and half before kick-off accompanied by a police escort - one of their official team buses had initially been blocked into a side street by demonstrators in Manchester city centre.

Greater Manchester Police said in a statement: "We are aware of a protest currently taking place outside Old Trafford football stadium, with a small number of people seemingly intent on disrupting the fixture.

"Officers are in attendance to maintain safety while facilitating the right to peaceful protest. Two arrests have been made relating to public order offences."

Assistant Chief Constable for GMP, Chris Sykes, said: "We have been working closely with Manchester United and partners to ensure those in attendance outside the stadium are kept safe while exercising their right to a peaceful protest.

"The safety of all those concerned remains GMP's main priority. We encourage everyone to remember we are still living under restrictions due to the pandemic and have a collective responsibility to remain safe and protect one another."

Earlier on Thursday, Greater Manchester Police confirmed a man had been released on bail after being arrested following the demonstration on May 2 which saw a group of fans break into Old Trafford and protest on the pitch while other supporters clashed with police. 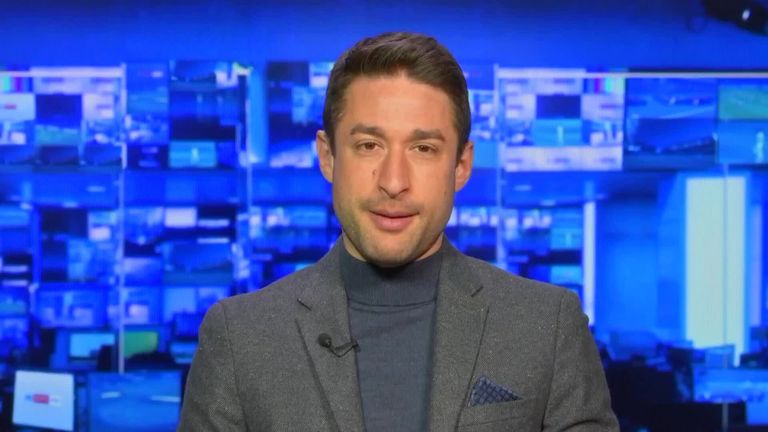 The Athletic's David Ornstein tells the Early Kick-Off panel that Manchester United 'essentially turned Old Trafford into a hotel' to allow the players to relax, after arriving at the stadium early for the match against Liverpool.

In addition, a protestor was charged with throwing fireworks in a street, using threatening behaviour and wilful obstruction of the highway, after a group of United fans protested outside the Lowry Hotel in Manchester city centre where Ole Gunnar Solskjaer's squad and backroom staff were staying ahead of kick-off that afternoon. 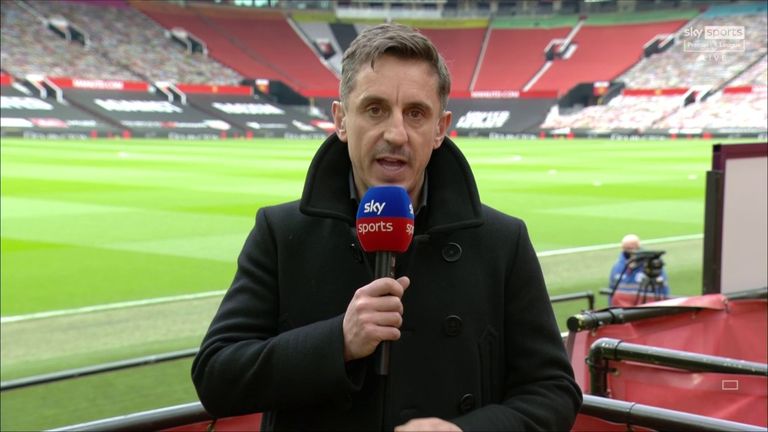 Gary Neville says the sight of the barricades and police presence at Old Trafford, ahead of the Liverpool game, is a devastating image for Manchester United and a sign that things have gone badly wrong between the Glazers and supporters

Gary Neville says the sight of the barricades and police presence at Old Trafford, ahead of the Liverpool game, is a devastating image for the club and a sign that things have gone badly wrong between the Glazers and supporters.

"Let us be clear with what we are seeing [outside the stadium] which is effectively Manchester United turned into a prison," he said ahead of Thursday's fixture.

"It's a devastating image for the club and its brand around the world. Let's note that.

"If you have to put prison walls outside your ground and have hundreds and hundreds of police officers at a game where fans aren't attending, something has gone badly wrong.

"Joel Glazer has said he will communicate with fans, the only two times he has done it previously have been with apologies.

"I am not sure how he is going to be able to do it effectively because he doesn't talk their language, understand where they are at or feel this club.

"They are detached completely from the ethos and passion they feel. It is going to be interesting to see what he will do."