David de Gea preferred again to Dean Henderson for Premier League match against Fulham, live on Sky Sports, puts string of top European clubs on alert; Henderson wants out of Old Trafford if he is not made No 1

Top clubs across Europe look set to battle it out for Manchester United keeper Dean Henderson this summer, as his future at Old Trafford hangs in the balance.

Henderson was left on the bench for Tuesday night's clash with Fulham after an extensive run over David De Gea, who starts against the Cottagers over England international despite his own future at United also being uncertain.

The 30-year old Spain stopper also looks likely to get the nod for next week's Europa League final against Villarreal in eight days' time, raising more doubts over Henderson's future.

Henderson has made it clear he will only stay at Old Trafford next season if he is Ole Gunnar Solskjaer's number one keeper.

News of Solskjaer's team selection against Fulham will spark renewed activity from other clubs as they try to secure Henderson's services next season; either on loan or on a permanent deal.

In February, before Henderson's extensive run in the team, Sky Sports News reported that Tottenham and Borussia Dortmund led a string of interested clubs. Chelsea and AC Milan are also reportedly keen.

Henderson took over league duties from De Gea at the start of March with United fifth in the league - and since they have only lost one in nine to secure second place in the Premier League.

The ex-Sheffield United loanee looked to have cemented his position with high-quality performances in crucial matches away to City, Tottenham, Real Sociedad and AC Milan.

But a below-par performance in the 4-2 defeat to Liverpool last week looks to have been the catalyst for De Gea's return as first choice against Fulham and, it appears, for next week's final in Gdansk.

Sky Sports News understands that United are yet to make their goalkeeper plans for next season clear, but will discuss Henderson's future at the club in the next two weeks.

Privately the club does not believe De Gea and Henderson will both be at Old Trafford next season.

Solskjaer plays down decision; Europa spot 'up for grabs' 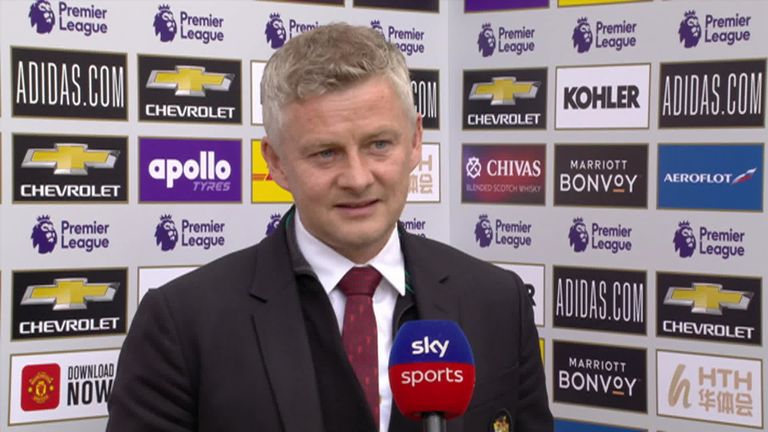 Solskjaer played down his call when speaking to Sky Sports before the game, and insisted the goalkeeper's jersey for the Europa League final was still "up for grabs".

"It was David's turn to play now. Of course, he's played in Europe, Dean has played most of the league games, so for me to have two keepers ready for the final is important.

"It's up for grabs [Europa League final place], of course it is, I will make up my mind after these two league games."

Gary Neville said he thought Solskjaer could have been warming up for the Villarreal showdown with his starting XI against Fulham.

"I wonder whether this could actually be Man Utd's Europa League final team. It wouldn't surprise me," Neville said on Sky Sports co-commentary.

"Rashford on the right doesn't work and I think Pogba will play.

"I think Cavani will play up top, I think the midfield three is set and I wonder if Solskjaer has decided that Tuanzebe will play in that Harry Maguire position. I'm nervous about Rashford being left out but I think Greenwood is better there than Rashford. The balance is better.

"And I think Dea Gea will start in goal. You think about the service he's given to the club..."