Expectation has grown on Ole Gunnar Solskjaer this season with the summer signings of Cristiano Ronaldo, Raphael Varane and Jadon Sancho as his wait for silverware goes on; watch West Ham vs Man Utd live on Sky Sports Premier League from 1pm on Super Sunday; kick-off 2pm 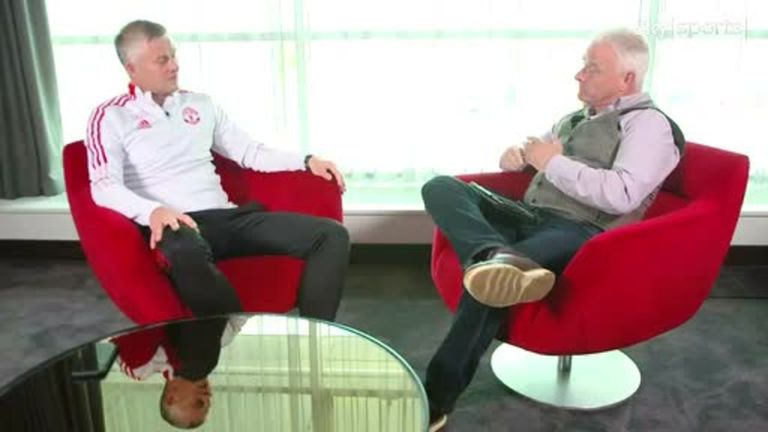 United are top of the Premier League after four matches this season ahead of Sunday's trip to West Ham, but there is mounting pressure on Solskjaer to win his first trophy as United manager since being appointed in March 2019.

Solskjaer - a winner of six Premier League titles, two FA Cups and a Champions League as a United player - came agonisingly close to lifting the Europa League in last year's campaign, only to be denied on penalties by Villarreal.

Expectation has grown on Solskjaer this season with the summer signings of Cristiano Ronaldo, Raphael Varane and Jadon Sancho - something the United manager is all too aware of.

"Yeah of course [the fans are desperate for silverware]," Solskjaer told Sky Sports.

"That's the focus, that's the aim, that's the ambition, to get to April or May in that position [near the top of the table], though you have to stay calm, keep doing what you do and work well in training.

"Of course we sense the expectations on us this season, we sensed the circus around the Newcastle game.

"Everyone in Manchester, they have an opinion on football now, which is great, and that's what we want at Man Utd - we want that buzz."

Solskjaer was also full of praise for the job David Moyes has done at West Ham ahead of United's trip to east London on Sunday, live on Sky Sports Premier League.

United did the double over former manager Moyes and West Ham last season, but the Hammers were still able to finish sixth and qualify for Europe for the first time since 2017.

Solskjaer is wary of the threats posed by the hosts and expects a tough battle - even though they are without Antonio, this season's Premier League top scorer, due to suspension. 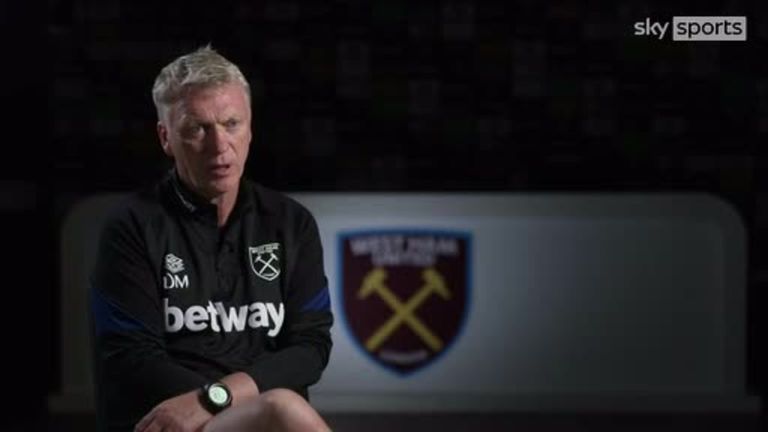 West Ham Utd manager David Moyes assesses how his side will fare without the suspended Michail Antonio for the visit of Manchester United in the Premier League on Sunday.

"They're a very good side, but every side you play against in the Premier League has dangers and individual players who can hurt you," said the United boss.

"But you see West Ham last season, with what David did when he came in - he's changed the whole culture.

"You can see that the way they play, they're physically impressive, really well organised.

"But then you've got what I call, nippy little creative forwards who can create from nothing, players like Said Benrahma, they've signed Nikola Vlasic now, they've got Jarrod Bowen, Pablo Fornals all playing around Antonio. 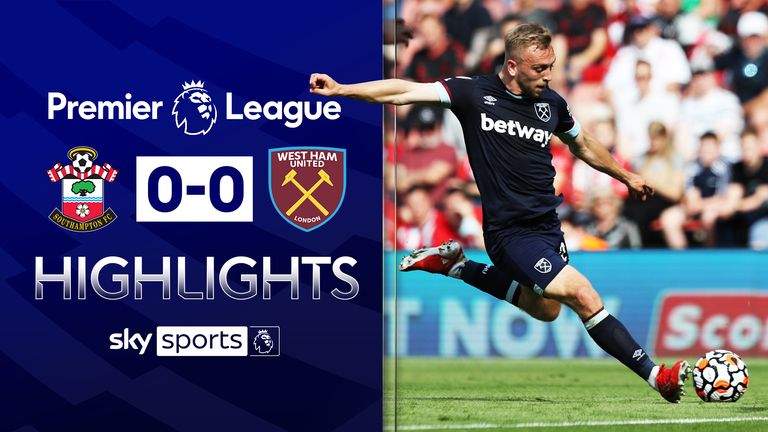 FREE TO WATCH: Highlights from Southampton's win over West Ham in the Premier League

"Of course he won't play against us in the league. It's a difficult place to go to with or without Antonio, he's been a top player for them."

Sancho can be 'top forward' at Man Utd for next decade

Solsjkaer has backed England international forward Sancho to settle in the Premier League and become a key player at Old Trafford for the next "10 or 12 years".

The United manager says the arrivals of Ronaldo and Varane have taken some of the spotlight off the 21-year-old, but that has not stopped him coming under intense scrutiny from fans on social media in recent weeks.

But, Solskjaer has been impressed by the desire and work-rate of Sancho since he arrived and puts his slow start down to illness over pre-season.

"I think you're right, both with Raphael Varane and Cristiano coming in, that takes a little bit of pressure off a young man," said added Solskjaer.

"We knew his talent, and we signed him with the thought that we are going to have a top forward here for the next 10 or 12 years. Jadon's finding his feet, it's unfortunate that he fell ill just when he was going to come in, so he was out, and he lost a bit of pre-season. But he is working hard and he will be good."