Marcus Rashford had surgery in August to repair his damaged shoulder but will be included in Manchester United's squad on Saturday; Ole Gunnar Solskjaer also confirmed Harry Maguire has returned to training after being sidelined since last month with a calf injury

Marcus Rashford could make his first appearance of the season for Manchester United on Saturday at Leicester.

Rashford, who had surgery in August to repair his damaged shoulder, will be included in United's squad, boss Ole Gunnar Solskjaer has confirmed.

Solskjaer said: "He's in the squad, yes. If he's going to start or not, I can't tell you now because it wouldn't be right.

"But he's worked really hard throughout the whole lay-off and he's been bright this week.

"He had a 60-minute involvement behind closed doors last week, so he's fit and raring to go."

Solskjaer says that due to Man Utd's fixture list, he will have no choice but to rest some of his players, including Cristiano Ronaldo

Solskjaer also confirmed Harry Maguire has returned to training after being sidelined since last month with a calf injury.

Maguire has missed United's previous two matches and although Raphael Varane is out with a groin injury, Solskjaer hinted the England defender may not be risked.

"Harry's just joined us on the grass this morning, first time he's been on the grass," Solskjaer said.

"Raphael's got an injury and out for a few weeks, but Victor (Lindelof) and Eric (Bailly) played in the internationals and got good game time, so that was good for us."

Solskjaer said Fred and Edinson Cavani were both unlikely to feature after they played in Brazil's 4-1 World Cup qualifying win against Uruguay in the early hours of Friday morning.

"With regards to Fred and Edinson, they played a full game this morning, 1.30am kick-off," Solskjaer added.

"So we're not counting on them. We have to give them time to rest and recover. You have to. They played well, that's the good thing for us, not injured but hopefully they can be involved in midweek in the Champions League (at home against Atalanta)."

Ole: 'Fresh' Rashford will get better with age

Solskjaer is convinced that Manchester United have not yet seen the best of Rashford despite his impressive progress at the club to date.

The England international, who became an MBE in the Queen's Birthday Honours list in 2020 for his free school meals campaign, was dogged by the injury during the latter part of last season.

It affected his movement and training, but he still made 57 appearances in all competitions for United, scoring 21 goals and making 15 assists.

Solskjaer said: "I know we'll see the best of Marcus in the years to come. He's done remarkable things at a young age and he's now coming into his best age for a footballer.

"He's learning. He's getting more and more experience. He's had time to reflect on what he's done off the pitch as well, because he's done some fantastic things, and now maybe prioritise his football and focus on football.

"He's got a challenge on his hands here at Man United and a challenge to play for England and I think Marcus is one of those who takes up those challenges.

"He's going to express himself and his talent and he knows we want a lot from him, but also we'll give him the time to get back to what he was and what he can be." 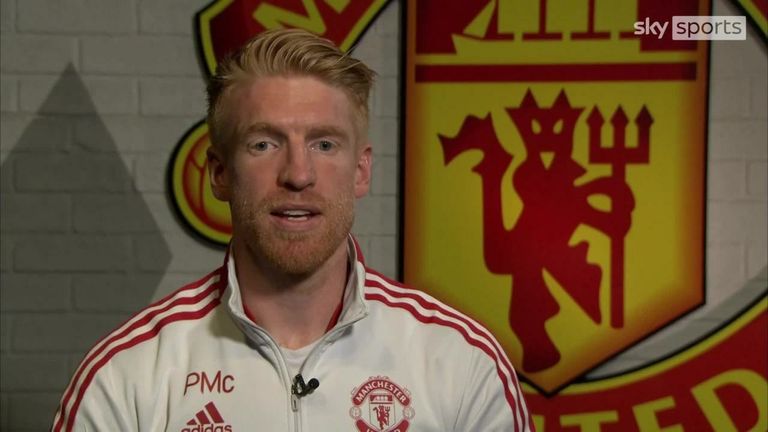 Rashford, who scored twice on his United debut as an 18-year-old against Midtjylland in the Europa League in 2016, will embark on his seventh Premier League season.

"He does look fresh," Solskjaer said.

"He looks keen, he looks fit. He's bulked up a little bit, some muscle. Of course, he had to bear a lot of responsibility for us because we had injuries and different players out and at such a young age he's done so much for the team.

"He's done so much off the pitch as well and I think that time away for him was time for him to focus on himself."

Since Rashford's last appearance for United - in their Europa League final penalty shoot-out defeat to Villarreal in May - Cristiano Ronaldo, Jadon Sancho and Raphael Varane have been added to the squad.

"For us now, he comes back into a different team," Solskjaer added.

"He's got Jadon here, Mason (Greenwood) has grown, Cristiano is here. I want to see that nice smile and enthusiasm he's shown so many times and if he comes on, if he starts, just enjoy yourself and express yourself.

"That's what Man United players do and that's what we want."