Chelsea goalkeeper Thibaut Courtois: My heart is in Madrid

Thibaut Courtois has fuelled Real Madrid transfer speculation by saying his "heart is in Madrid", even though he is in talks with Chelsea over a new deal.

The 25-year-old, who is under contract with Chelsea with 2019, has reportedly emerged as a target for reigning La Liga and European champions Real.

In an interview with Belgian publication Sport/Foot Magazine, Courtois confirmed talks are ongoing with Chelsea, but also spoke about his love of Madrid, where his two children live.

"My personal situation is related to the city of Madrid," he said. "My two children live there with their mum. I have my daughter every day on FaceTime. She often tells me that she misses me. My son is still too small to communicate like that.

"Whenever I have the opportunity, I try to return to Spain. As a situation, it is not always easy. Yes, my heart is in Madrid. It is logical and understandable.

Ray Wilkins believes the Chelsea dressing room is lacking in strong characters, which is having impact on team performance and Antonio Conte's future

"If they want me, they have to contact Chelsea. We'll see. But they have not done that. What is certain is that one day I will return to Madrid. I love Spain, I love the city, I spent three wonderful years there [with Atletico Madrid]. It is there that I became an adult.

"Atletico was a real group of friends. We went out together and my team-mates taught me a language I did not know at all when I arrived. When I left, I cried. My first days in London were not easy. England, when I arrived, was colder, more business. Now, I feel very good here.

"I understand that the rumours are coming back today, as we are talking about a new goalkeeper there [at Real]. But I do not pay much attention to that, I stay focused on Chelsea.

"If Real are really interested, my personal situation could influence things. The family aspect is priceless. But I repeat to you that, for the moment, I'm busy talking to Chelsea to extend."

Discussing his current situation with Chelsea, he said: "We agreed to meet again in February because the club had more urgent issues to deal with in January.

"There is no rush, I am under contract until 2019. Normally, there is no problem, I will extend. I am happy here and I see a club that still wants to win a lot of titles. The signs are positive.

"Their desire to also extend Eden Hazard's deal reassures me." 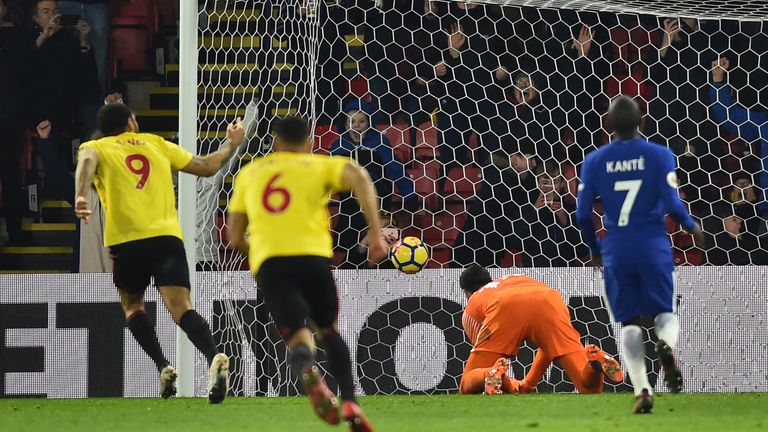 Belgium team-mates Courtois and Hazard have previously said they will follow each other in signing new deals with Chelsea.