Jamie Vardy scores to give Foxes victory at Stamford Bridge 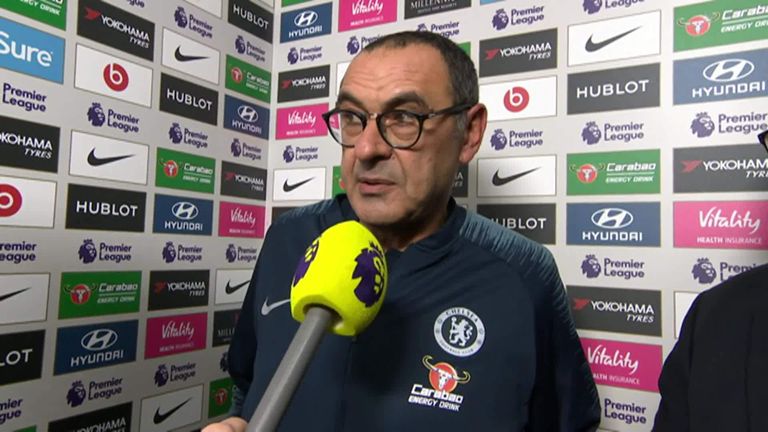 Maurizio Sarri described his team's reaction to conceding a goal against Leicester as 'strange', and admitted he has problems to solve

Maurizio Sarri was left bemused by Chelsea's "strange" reaction to falling behind as they lost 1-0 at home to Leicester on Saturday.

Chelsea dominated possession in the first half at Stamford Bridge and went closest to scoring when Eden Hazard struck the bar.

But, after Jamie Vardy broke the deadlock in the 51st minute, Chelsea's level dropped and they didn't threaten an equaliser until late in the game.

The defeat is Chelsea's first at home this season, and Sarri told Sky Sports: "We played a very good match for 55 minutes. After the goal the reaction was not the right reaction.

"We reacted as a team that was shocked, [there was] mental confusion in an individual way, we had to continue to play as before. I cannot understand our reaction. 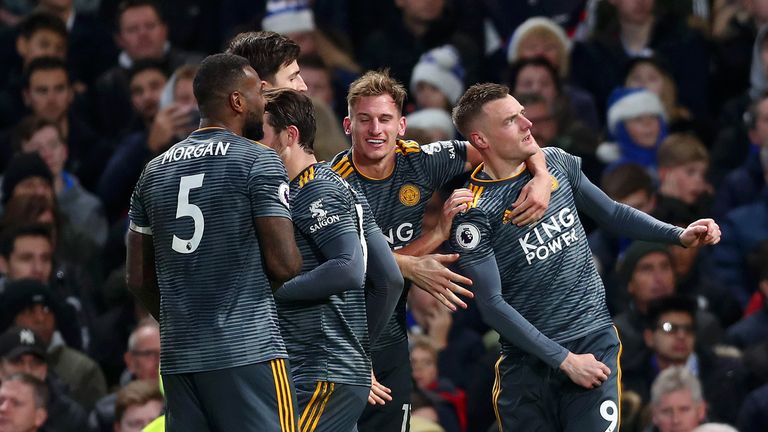 "Their reaction was strange for me."

Chelsea could have snatched a draw as Antonio Rudiger headed wide from a corner in the 89th minute and then Marcos Alonso hit the post shortly afterwards.

"It's very difficult to have the right feeling now about our reaction."