Maurizio Sarri says Chelsea's Eden Hazard is not a leader

The Chelsea boss believes the Belgian is still unsure where his future lies, but insists he remains in negotiations over a new deal 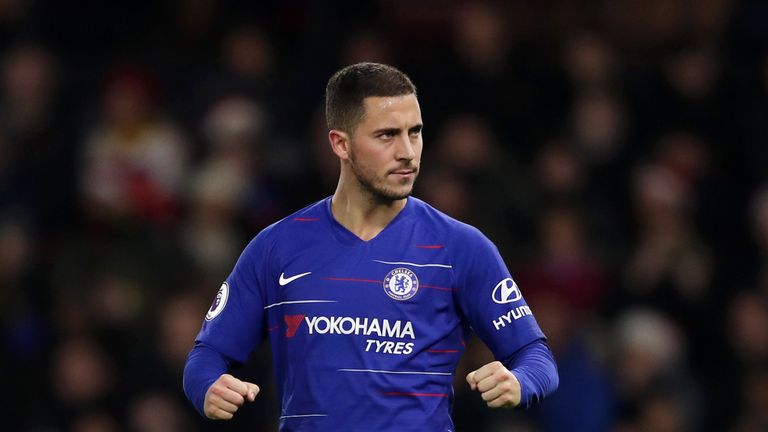 Chelsea head coach Maurizio Sarri says Eden Hazard is a 'great player' but is 'not a leader', and believes the Belgian is undecided over his future

Maurizio Sarri has praised Eden Hazard's qualities as a world-class footballer, but says the Chelsea forward is "not a leader".

Sarri spoke in his native Italian to criticise his players following Chelsea's 2-0 defeat at Arsenal, accusing them of being difficult to motivate and being low in mental aggression.

When questioned further on the subject ahead of Chelsea's Carabao Cup semi-final second leg against Tottenham, Sarri cited Cesar Azpilicueta and David Luiz as potential leaders, but said Hazard does not have the right qualities on the pitch.

"I don't know, in this moment he's more an individual player than a leader," claimed Sarri. "He's important for us, a great player, he always can win the match in two minutes, sometimes in one minute.

"At the moment, he's not a leader - a great player, one of the best in the world. 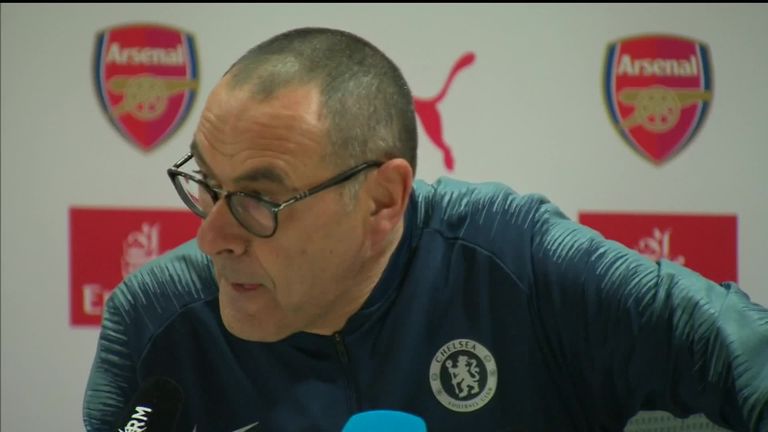 "Eden, at the moment, is a wonderful player, but he is an individual player, an instinctive player.

Get Sky Sports Football to see the second leg of the Carabao Cup Semi Final. Find out more here.

Hazard has been linked with a move away to Real Madrid, but Sarri says his future is not yet decided.

"He is discussing with the club, but I don't know anything else," Sarri said. "He's not decided yet he wants to stay here or he wants a new experience in another club.

"Eden, at the moment, doesn't know the final choice."