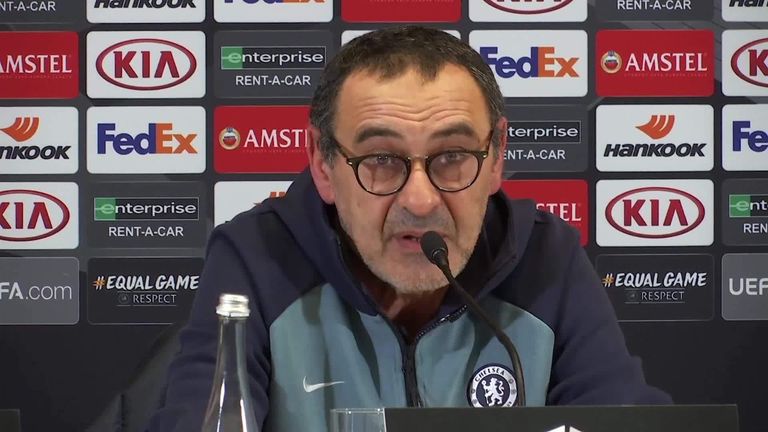 Chelsea take a 3-0 lead to the Ukrainian capital after victory at Stamford Bridge last Thursday.

The Premier League side go to Everton on Sunday, live on Sky Sports, in a crucial game for their top-four hopes and Sarri is hoping he can come away from the game without too many injuries.

He said: "It is a disaster. The pitch is not good. I think that it is dangerous, really dangerous, it is really difficult to play good football here.

"We have to accept this situation and play on this pitch. There isn't another solution. I can't understand why UEFA isn't giving attention to everything. Especially to the players' list, you have to present the players' list early and then play on such a bad pitch.

"The reason is probably the winter, I played here in September and the pitch was very good." 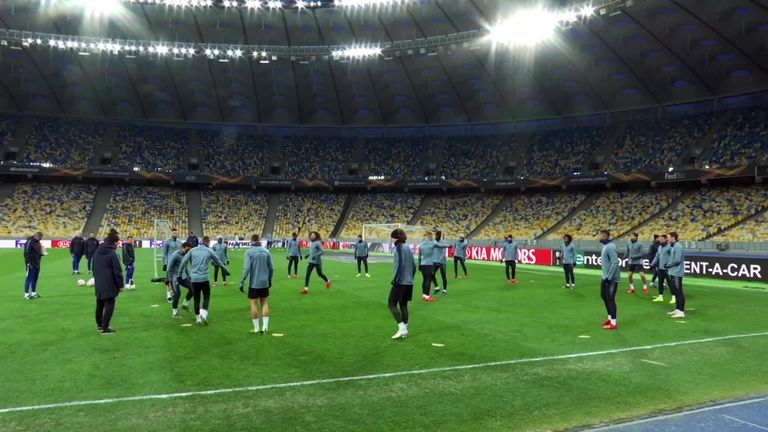 Gonzalo Higuain has not travelled due to illness but Willian, who has scored in his last two appearances against Dynamo Kiev, is set to start after being left out of the starting line-up against Wolves on Sunday.

Willian added: "The pitch is not the best, but we don't have to think about that. We have to go there and to try to win this game. The pitch will be bad for both teams. We know that but we have to do our job. It will be difficult to play our football, but we will do our best.

"We have to take care of ourselves tomorrow. Sometimes it is not possible, it happens and you get injuries. We just want to go there, play well and win this game."