Chelsea head coach Maurizio Sarri says Olivier Giroud will stay at the club next season, despite the forward revealing he has received offers from other clubs.

The 32-year-old has made just seven Premier League starts this season and said on Wednesday: "I am not happy to be the second striker." He has made only six league appearances since the arrival of Gonzalo Higuain in January.

The France international striker sees his current deal expire this summer, but Sarri says Chelsea have agreed to activate a year-long extension. 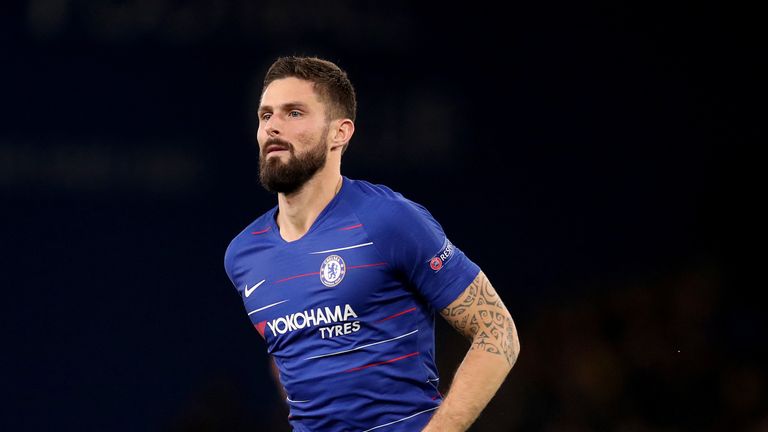 Maurizio Sarri says Olivier Giroud knows Chelsea will exercise their option to extend his contract by another 12 months - and there is nothing the striker can do about it.

Responding to Giroud's claims he is unsure about his future, Sarri told Sky Sports News: "He is sure, because the club has an option for another year, another season.

"I spoke to the club two days ago and we agreed to exercise the option.

"So, he will remain.

"He cannot do anything, but I spoke with the club and I spoke with Marina [Granovskaia] two days ago and Olivier will remain with us and she didn't say to me anything about this question."

Chelsea are banned from signing players for the next two transfer windows after being punished by FIFA for breaking rules regarding the signing of overseas players under the age of 18.