Chelsea owner Roman Abramovich not interested in selling the club

Ratcliffe refused to rule out the possibility of taking over the Premier League side earlier this week, saying "you never say no" when asked about his interest in the Blues.

Sky Sports News understands that Abramovich, who bought Chelsea in 2003, has not spoken with Ratcliffe or any other potential buyers, and has no desire to do so. 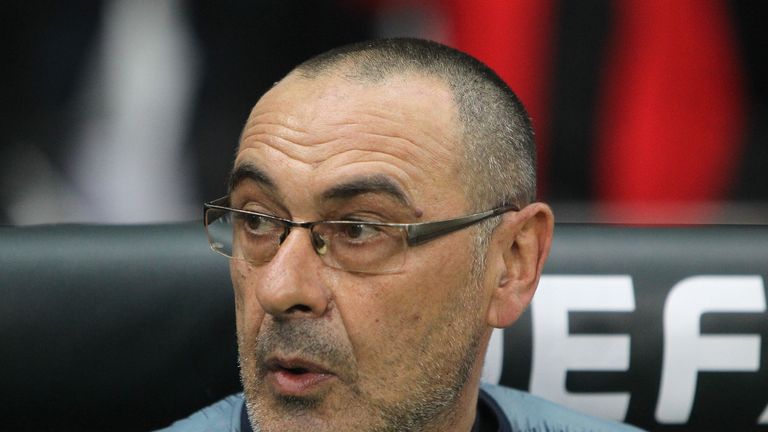 Chelsea head coach Mauricio Sarri believes his side did enough to take a lead into the second leg of their Europa League semi-final, but was happy with the 1-1 draw in Frankfurt

The Russian has not attended a game at Stamford Bridge since having an application to renew his tier-1 investor visa rejected by the UK government last year, amid heightened political tensions with Russia.

Ratcliffe attempted to add French football club Nice to his growing sports portfolio, a spokesperson for his petrochemicals company INEOS confirmed in April.