Hazard to be presented at Bernabeu on June 13

Real Madrid have confirmed the signing of Eden Hazard from Chelsea on a five-year contract.

The 28-year-old will be officially unveiled as a Real player on Thursday, June 13 - subject to a medical - after striking a deal that could reportedly rise to a club-record transfer of £130m once all bonus payments come into play.

Hazard had one year remaining on his Chelsea contract but said it was his wish to leave Stamford Bridge after scoring twice in the Europa League final win over Arsenal.

Hazard released a statement on social media after the announcement, which read: "You now know that I will be joining Real Madrid. It's no secret that it was my dream to play for them since I was a young boy just scoring my first goal.

"Now the clubs have reached an agreement I hope you understand I had to pursue my next chapter, just as each and every one of you should when you have the chance to pursue your dreams.

"Leaving Chelsea is the biggest and toughest decision in my career to date. Now it's in the open I would like to put on record one thing was always clear to me, I have loved every moment at Chelsea and not once did I ever consider, nor would I have left for any other club."

Chelsea director Marina Granovskaia said: "Although it is with sadness we say goodbye to Eden and we made it absolutely clear to him the club wished him to stay, we respect the decision he has made to take on a new challenge in a different country and follow his childhood dream of playing for Real Madrid. "The memories he leaves us with will not fade. He provided all who watched Chelsea play with great entertainment and many match-winning contributions, and for that we thank Eden enormously.

"He has been a model professional throughout his time at the club, a wonderful individual to have around and a joy to work with.

"We look forward to welcoming him back to Stamford Bridge in the future."

Hazard becomes Madrid's second major signing after Frankfurt's Luka Jovic, in a summer of rebuilding in Zinedine Zidane's second stint as manager at the Bernabeu.

'Hazard can make the difference'

Former Real Madrid president Ramon Calderon believes Hazard is a fantastic signing for the club and he can be the player to make a difference for Zinedine Zidane's side next season. 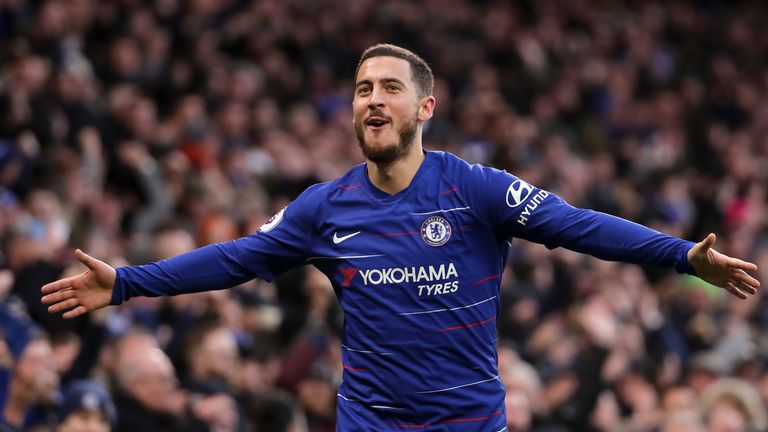 "I think it is fantastic news for Real Madrid," he said. "The player is one of those that anyone would like to have on thier team - good dribbling, excellent passing and he can play both flanks because he uses the two feet.

"He can play as a winger, attacking midfielder and also a false nine so it's perfect. I think it has been a good opportunity to take advantage of the decision of the player to leave Chelsea.

"This is the real one, the other three [signings] I'm not quite sure but Eden Hazard is really that player that can make the difference in a team and I hope he would be able to play at the same level he has been in the Premier [League]."

Hazard has just enjoyed his most productive season in English football with 16 goals and 15 assists. In this interactive feature, we take a deep dive into his stunning stats to illustrate just why Zinedine Zidane made his signing a priority...

We take a look back to when the Monday Night Football team compared some of his best goals for Chelsea in the Premier League... 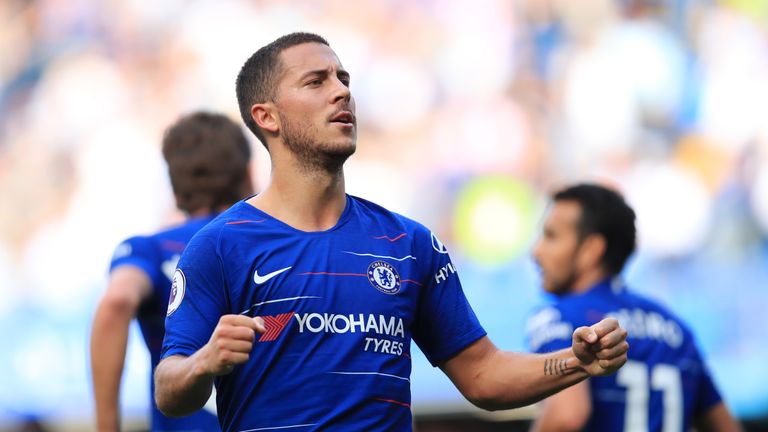 Following Eden Hazard's move to Real Madrid we take a look back to when the MNF team compared some of his best goals for Chelsea in the Premier League.

Take a look at some of Eden Hazard's top Premier League moments from 2018/19. 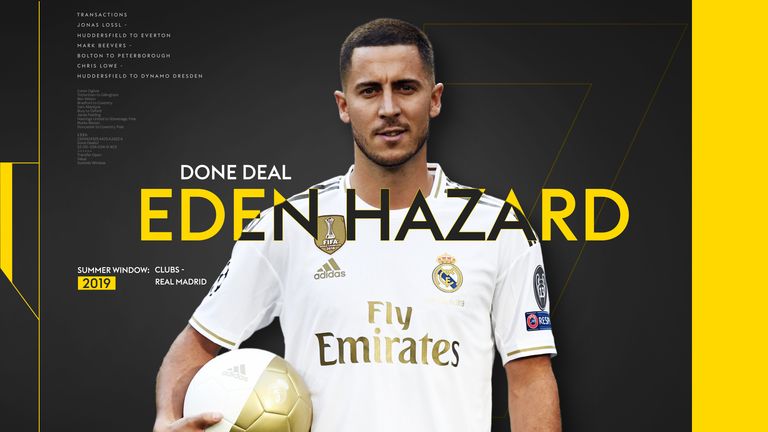