Chelsea are set for multiple loan departures as eight young players were cut from their pre-season tour to "continue their preparations for the new season".

All eight featured in Chelsea's first friendly on Wednesday, a 1-1 draw with Irish side Bohemians after which head coach Frank Lampard criticised his side's fitness, and six of the eight were out on loan last campaign. 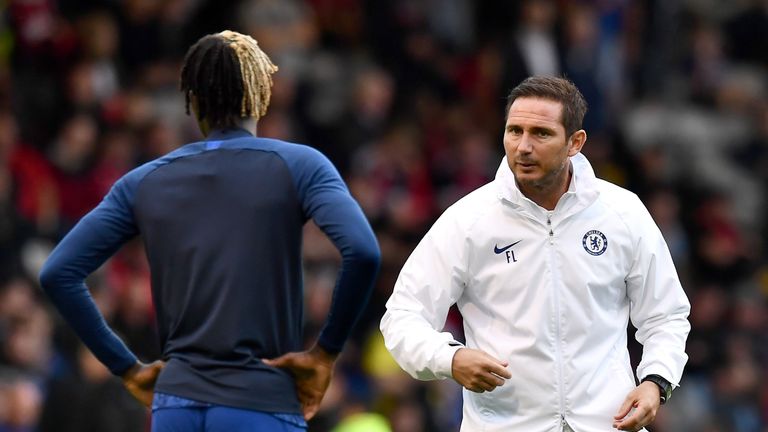 Baker impressed on loan at Reading, while Brown only made two appearances in all competitions for Leeds due to injury and Brazil youth international Piazon was relegated with Serie A side Chievo Verona.

Chalobah played on loan for Ipswich, Sterling for Coventry and Ugbo for Scunthorpe, while Gallagher and Guehi played in the U23 side - all five have been called up to England's U20 team.

Despite the club's transfer ban, none were tipped to be a part of Lampard's plans for the new season.

Willian, 30, called up to replace the injured Neymar, played an important role in Brazil's Copa America triumph and came on at half-time in the semi-final, but missed the final against Peru with a hamstring injury.

Pulisic, 20, played the full match as the USA lost 1-0 in the CONCACAF Gold Cup final to Mexico, but won Best Young Player of the tournament and scored a double in the semi-final against Jamaica.

Chelsea have two games in Japan coming up, including a friendly against Barcelona in 11 days' time.