Christian Pulisic: Chelsea forward says Frank Lampard believed in him before his hat-trick

Christian Pulisic says he knew he had the belief of Frank Lampard before his hat-trick in Chelsea's 4-2 win at Burnley on Saturday.

The £58m signing from Borussia Dortmund opened his account with a perfect hat-trick - left-foot, right-foot and header - as Chelsea recorded a seventh straight win in all competitions.

Pulisic managed to deliver on his first Premier League start since August as fans began to question his role in Chelsea's first-team setup. 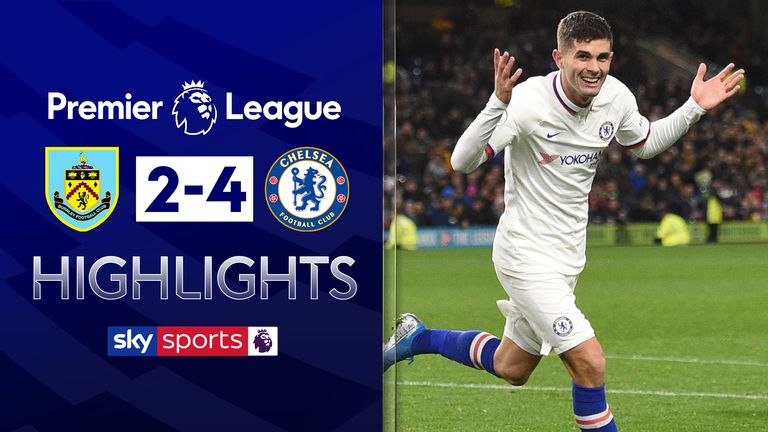 FREE TO WATCH: Highlights of Chelsea's 4-2 win at Burnley in the Premier League

"(Lampard) believes in me and he's told me that," Pulisic said.

"You have to keep working hard in training and earn my spot, that's how it is at the highest level. I'm going to continue to do so. This is hopefully just the start."

The USA international said his overriding emotion after scoring his first goal was one of relief.

"Of course there is a sense of relief," the 21-year-old added.

"You could see that in my emotions after the first goal, that relief of getting my first goal and being able to help my team at this level. It's really good for me.

"I wanted to be on the field as much as I could right from the start. That is everyone's goal.

"But I didn't come here expecting everything to be easy and have an easy route and start every game.

"It's not always that easy. So I came in had to work for my spot just like everyone does. I'm proud of the journey I've had so far."