Chelsea beat Burnley 3-0 in the Premier League on Saturday

By Charlotte Marsh at Stamford Bridge 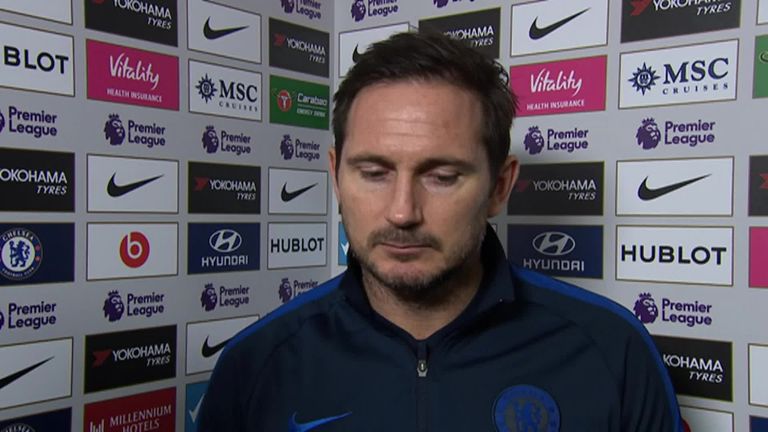 Frank Lampard says his Chelsea side produced one of their best home performances of the season, but felt they could have been even more clinical in front of goal

Frank Lampard lauded his Chelsea players after their 3-0 win against Burnley, calling the performance their "best at home this season".

Chelsea had lost and failed to score in their previous two home Premier League matches against Bournemouth and Southampton but showed no signs of nerves as they swept aside an out of form Burnley.

It was a result that delighted Lampard, who said: "It was one of our best [performances] at home this season for sure - it had everything other than more goals.

"Some of the football we played was great against a Burnley team who are notoriously difficult to play against when they want to be but we made it hard for them. We were positive with our play from the first minutes of the game. 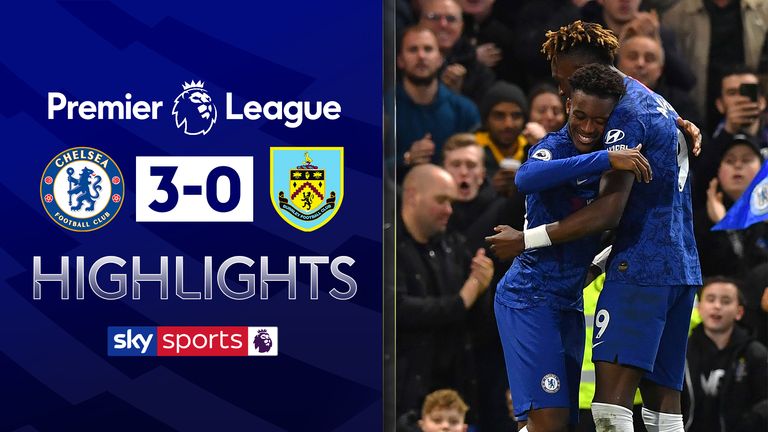 FREE TO WATCH: Highlights from Chelsea's win against Burnley in the Premier League

"Conversion of chances [has been a problem at home] because in most of the games, particularly the ones we've lost recently, we've controlled big parts of the opening half at least and haven't scored like we did today.

"We scored two goals in the first half [against Burnley] and that changes the face of the game. We've been working on that a lot, working on arriving better at crosses and scoring from them - we scored from two of those today - and there's more to come, but that was the big difference today.

"I'm not getting carried away, but it feels good. It feels nice to smile in a game, enjoy what you're watching - really positive football, great movement of the ball, getting combinations down the sides, getting crosses in the box a lot, looking like we're going to score - and that's what excites the fans.

"I hope so [it gives encouragement for the weeks ahead] because we've had out moments this season where we can be accused of some inconsistency and until we lose that tag, we won't get to where we want to be. It's certainly too early to say 'here we are' and that's what you're going to see every week, but we have to work towards that."

Praise for Hudson-Odoi, James and Abraham

It was another Chelsea line-up that included their top young talent, with Tammy Abraham and Callum Hudson-Odoi on the scoresheet while 20-year-old Reece James provided a wonderful assist for Abraham's header.

Lampard was impressed with their contributions, explaining: "For Callum to score in the six-yard box is more exciting for me than for him to score from 35 yards without a doubt, because it means he's prepared to run the extra bit, to sprint in there and it's not the only time he did it today.

"That was the real Callum Hudson-Odoi and what he can be and there is obviously more to come. I thought his goal was brilliant for him and if he can carry on doing that then we know the serious player we have there.

"Reece has got a great delivery of a cross and more than that, you give him the ball and he's technically so good as well. He's so young and this is just the start for him. He's a big weapon at the minute that we have to use well, we have to anticipate those crosses because there's a lot of juice on them. We have to be ready to get across people and make goals like we did with the Tammy one.

"I hope Tammy's upset tonight because he should have had two or three. That's how a striker will be and I know Tammy is like that, but at the same time, he got his and he keeps getting in there with his energy. He was that all around striker and the next stage is being that little bit more clinical but I'm delighted with Tammy." 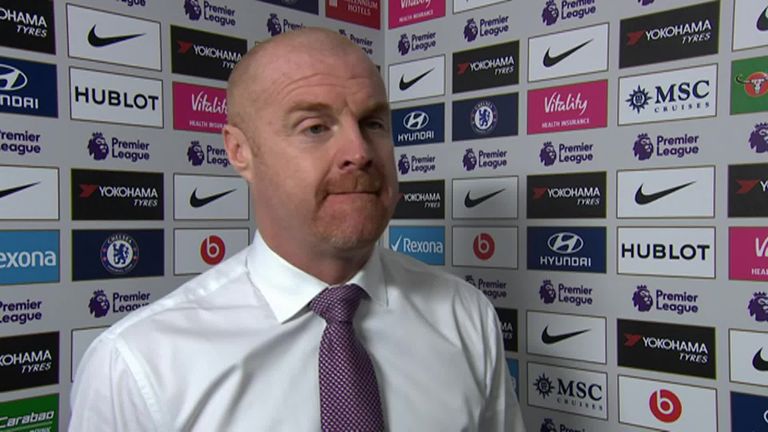 Saturday's result was the fourth successive Premier League defeat for Burnley, but despite a tough spell, manager Sean Dyche singled out 20-year-old Dwight McNeil for praise, hailing him as one of England's best young players.

He said: "On a platform like today, a tough game, I thought Dwight McNeil was absolutely outstanding. He's got to be one of the top talents in the country at the moment.

"The game is getting away from you and it's a hard day at the office, but he is just a different class. He's getting the ball, dribbling through four or five players and he's an absolutely different class for me. I don't think he's talked about enough as one of the best young players in the Premier League because he absolutely is.

"I wouldn't expect so [for McNeil to be sold in January] but who knows. We're a club who likes players coming in rather than leaving."