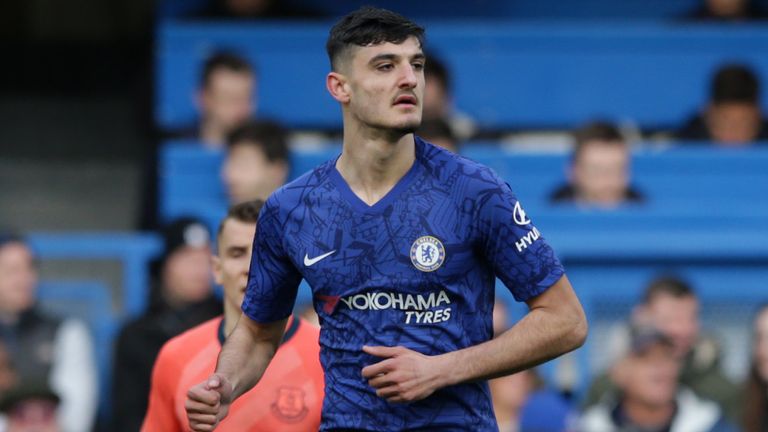 Armando Broja said is was a "dream come true" to make his Premier League debut for Chelsea.

The 18-year-old played the final four minutes of the Blues' 4-0 win over Everton on Sunday after replacing Olivier Giroud.

Broja, who has played for Albania's U21s but is also eligible for England, was delighted to make his Premier League debut after three appearances for Chelsea's U21s in the Football League Trophy this season.

"It's an amazing feeling," he told Sky Sports News. "I've been here ever since I was a young kid and I've been dreaming about this moment all that time.

"To do it at Stamford Bridge was a great feeling as well. Before I came on I was a little bit nervous but I spoke to the gaffer and he told me to just enjoy myself.

"So I just enjoyed myself for the few minutes I played and it was an amazing feeling to be out there on that pitch."

Broja was given something of an introduction to life in the Premier League when he found himself on the receiving end of a strong challenge by Everton defender Mason Holgate, a hit he was happy to take.

"The Premier League is like that, it's probably the toughest league in the world," he said. "But I saw him coming so I just took a touch and he just hit me.

"It was good because I won the free-kick and got the team high up the pitch."