Frank Lampard sacked by Chelsea after 18 months; Thomas Tuchel set to take over

Thomas Tuchel in line to replace Frank Lampard on 18-month contract; Lampard: "I am disappointed not to have had the time this season to take the club forward and bring it to the next level"; Ralf Rangnick turned down interim managerial role

Frank Lampard has been sacked by Chelsea after just 18 months as head coach and will be replaced by Thomas Tuchel.

In a statement, Chelsea said "results and performances have not met the club's expectations, leaving the club mid-table without any clear path to sustained improvement".

Lampard said he was "disappointed not to have had the time this season to take the club forward and bring it to the next level".

Tuchel, who left Paris Saint-Germain in December and previously managed Borussia Dortmund, will sign an 18-month contract to be Chelsea's next head coach, with an option to extend for a further 12 months.

Plans are underway to appoint him before the game against Wolves on Wednesday. Tuchel is not exempt from quarantine protocols, but the FA will allow him to attend Chelsea's training ground and matches if he tests negative to fly into the UK and then tests negative to enter the team's bubble.

The German, who is expected to travel to the UK in the coming hours, is the only candidate for the role.

Lampard, who is the club's all-time leading goalscorer, enjoyed a good first season as Blues boss, taking them to the FA Cup final and securing qualification for the Champions League after giving first-team roles to a number of academy graduates.

But after being given more than £200m to spend on new players in the summer, Chelsea find themselves ninth in the Premier League after 19 games, 11 points behind leaders Manchester United and five points off Liverpool in fourth.

"When I took on this role I understood the challenges that lay ahead in a difficult time for the football club," Lampard said in a statement to the League Managers Association.

"I am disappointed not to have had the time this season to take the club forward and bring it to the next level." 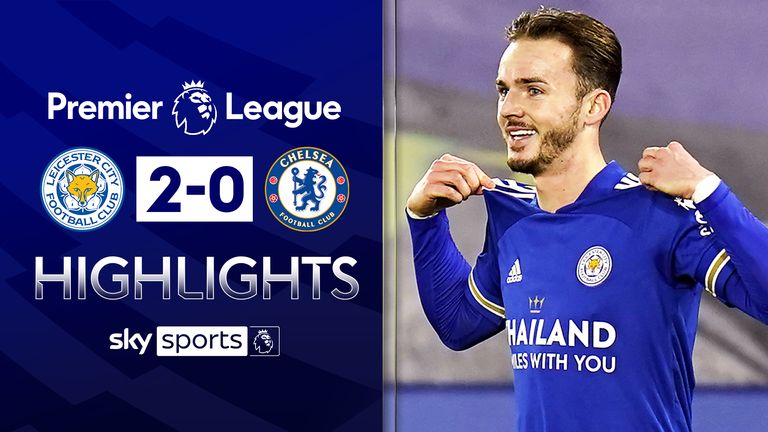 Lampard thanked owner Roman Abramovich and the Chelsea staff for their support in "unprecedented and challenging times".

In a statement, Abramovich said: "This was a very difficult decision for the club, not least because I have an excellent personal relationship with Frank and I have the utmost respect for him.

"He is a man of great integrity and has the highest of work ethics. However, under current circumstances we believe it is best to change managers.

"On behalf of everyone at the club, the board and personally, I would like to thank Frank for his work as head coach and wish him every success in the future. He is an important icon of this great club and his status here remains undiminished. He will always be warmly welcomed back at Stamford Bridge."

Chelsea had looked at bringing in an interim manager but RB Leipzig's former Head of Sport Ralf Rangnick turned down the opportunity.

Tuchel won the DFB-Pokal in 2017 with Dortmund before a brief but trophy-laden spell in Paris which saw him win two Ligue 1 titles and a French Cup, as well as reaching the final of last season's Champions League, which they lost to Bayern Munich.

Insight: Why Chelsea felt they had to act now

"Roman Abramovich's quotes on the sacking show just how much respect he has for Frank Lampard. Abramovich has never previously commented on footballing matters.

"The decision was difficult because it was Lampard, but easy because of what was happening on the pitch.

"Lampard lost his job because the board were very concerned by results and performances, especially the fact that he has the worst points per game record of any manager in the Abramovich era.

"The board could not see a way for Lampard to reverse the negative direction of travel. 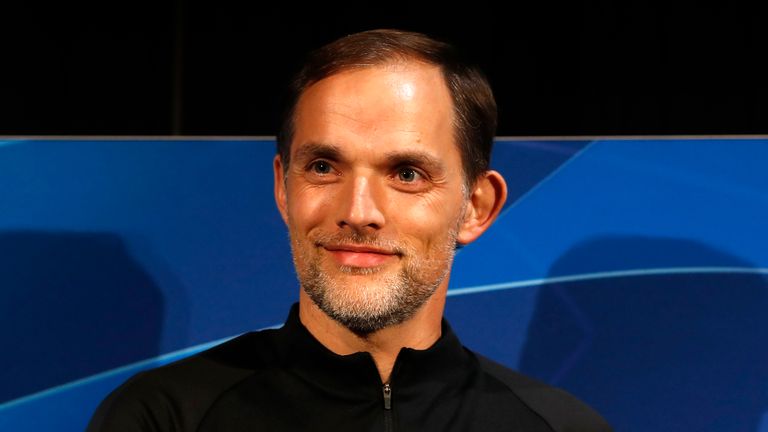 Chelsea are close to finalising a deal to appoint Thomas Tuchel as Frank Lampard's replacement, as Kaveh Solhekol reports

"The board were very concerned about the lack of confidence, form and momentum.

"Lampard was told at the start of the season that the target was to close the gap on Liverpool and Manchester City and to be challenging at the top. That has not happened so a change had to be made. The aim was not just to finish in the top four.

"Chelsea felt they had no option but to make the change now in order to give Thomas Tuchel as much time as possible to turn their season around.

"Lampard was told this morning. As always, he took it like the ultimate professional." 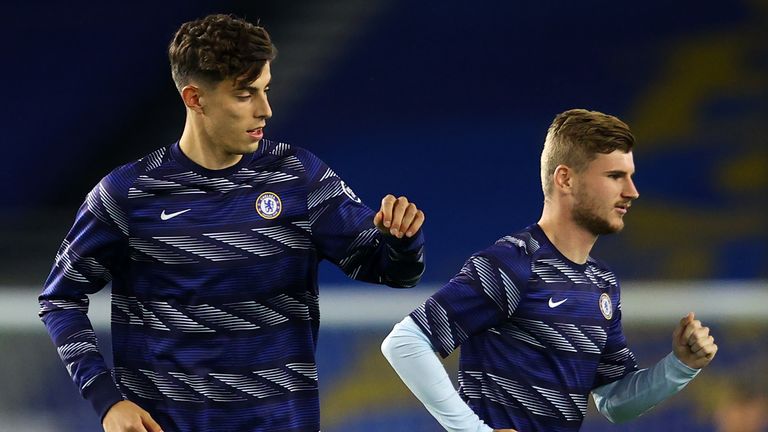 Those losses to Manchester City and Leicester mean Chelsea haven't won any of the six games they've had against teams currently above them in the table. It's a statistic that does not reflect well on a head coach who is aiming to win respect for his tactical ability.

Nor did the constant team changes over recent weeks, which saw Antonio Rudiger swiftly promoted from exile to first-choice centre back, Jorginho suddenly return to midfield - and Lampard use no fewer than 17 combinations in the front three across the Premier League and Champions League.

The goals conceded column, set-piece susceptibility, and wasteful finishing continued to hold the team back, despite the expensive outlay, and Lampard leaves the team ninth in the Premier League on 29 points. That's five places and three points worse off than at the same point last season. 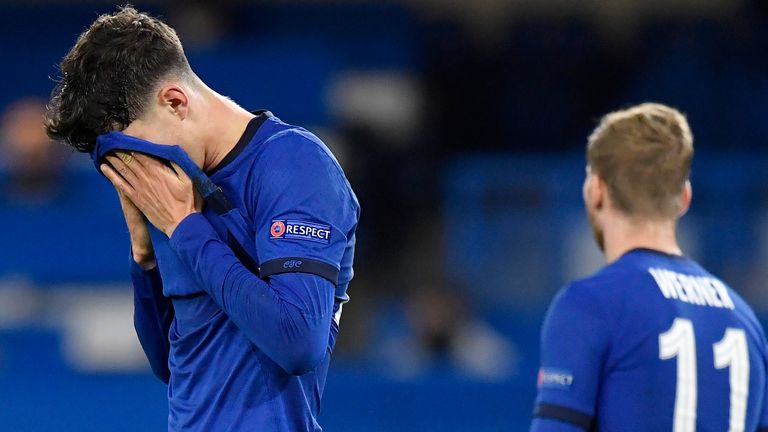 Chelsea's dip in form and a lack of consistency from some of the club's high-profile signings proved costly to Frank Lampard, says Sue Smith

As a Chelsea fan, I find it a bit disappointing decision.

You have to give Frank Lampard a chance. He pulled up trees last season to get them in the Champions League, and they are still in the competition this season.

They have had a bad run. They've brought in a lot of players and Lampard is working with the best group of players he's worked with, but most of them play in the same position.

For me, they had to give him a chance.

In this league at the moment, especially with no fans, it's difficult. When the fans are at Stamford Bridge, they are full behind Frank because he is a legend at the club. It's a different kettle of fish. 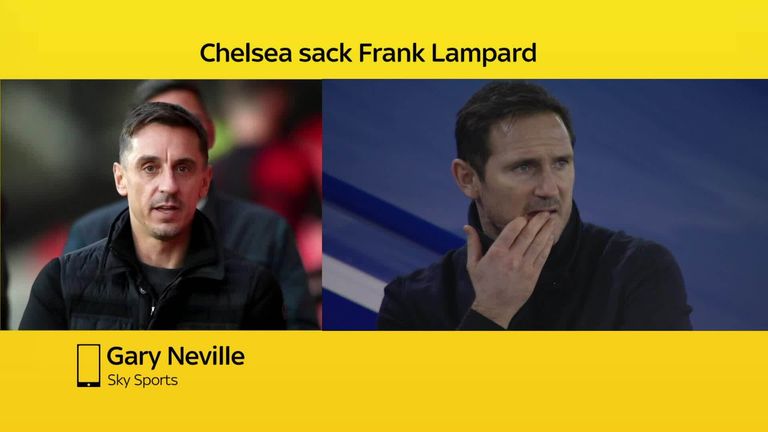 Frank Lampard knew 'immediate' results would be demanded of him at Chelsea, and summer signings put more pressure on him says his former England team-mate, Gary Neville

I'm not wholly surprised, as much as I would've been this time last week. There were rumours starting to surface towards the end of the week that Frank was coming under pressure. When that happens at Chelsea, the end is pretty much a consistent one whereby the rumours start to come out and then it happens pretty quickly.

I was a little surprised when I heard the news given that Frank has only had a short amount of time with a new group of players, but he was given a period last year when the club were under a transfer embargo, and that almost shielded him.

"He did a great job in that period but the minute the club started spending the money that they did in the summer and brought those players in, it was always going to bring a lot more expectation. We know what happens at Chelsea when more expectations come, in the sense that they want instant results.

"With one of the biggest budgets in the league and the biggest transfer spends comes greater expectations, and at Chelsea over many years their approach to managers has been very consistent. Frank knew that when he took the job."