Following the sacking of Frank Lampard, the appointment of Thomas Tuchel could be Chelsea's best chance of coaxing more from their high-profile signings from Germany, Timo Werner and Kai Havertz...

Of the various factors that contributed to Frank Lampard’s demise at Chelsea, his inability to get the best out of Timo Werner and Kai Havertz will go down as one of the biggest.

The Germany internationals, two of the brightest young attackers in Europe, were the headline additions in Chelsea's summer of spending, arriving at Stamford Bridge for a combined cost of around £120m from RB Leipzig and Bayer Leverkusen respectively.

In 35 Premier League appearances between them under Lampard, however, they provided just five goals and six assists, their struggles intensifying as the season wore on. Werner has not scored a Premier League goal since November. Havertz's barren spell goes back even further.

Havertz looked bereft of confidence on his return to the side, his only contribution of note to earn a yellow card for a cynical foul on Harvey Barnes, while Werner fared little better after emerging from the bench in the second half, his poor fortunes summed up by the goal he saw disallowed for offside.

Werner's unhappy run continued in Sunday's FA Cup fourth round win over Luton Town. The meeting with Championship opposition looked an ideal opportunity for the 24-year-old to rediscover his scoring touch but instead it will be remembered for his missed penalty. 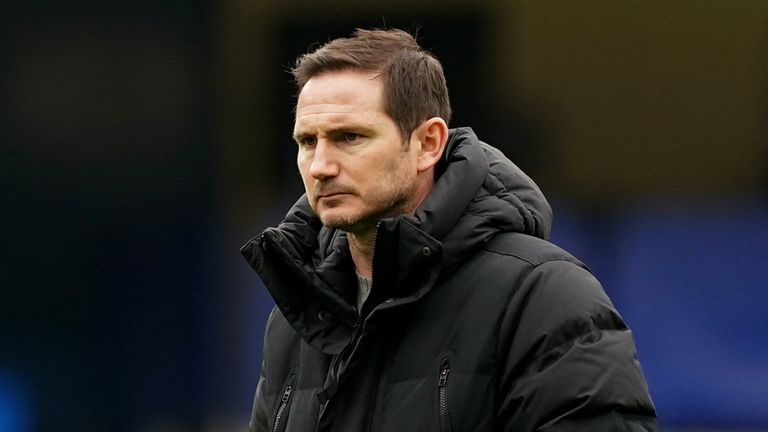 "When it's not going for you, it can happen," said Lampard afterwards. "I missed penalties, I know the feeling. I know he will feel despondent, maybe now and the last few minutes of the game. But he shouldn't be. There will be a time when he takes penalties and hits the back of the net without thinking about it."

Lampard, though, will be watching what happens next from the outside having been sacked by Roman Abramovich less than 24 hours after those comments. The 42-year-old's replacement, Thomas Tuchel, is the man charged with reversing Werner and Havertz's fortunes now.

Lampard was always adamant that Werner and Havertz simply needed time for their luck to change and their form to improve. Hard work was the solution offered; persistence and perseverance the only answers.

But they were not helped by the ways in which they were used.

During their first four months in England, the pair were deployed in a host of different positions and in a number of different systems too. Lampard never seemed sure of how exactly they fit into his side. He tinkered with formations but they never looked comfortable.

Adapting to a new league and a new country always presents challenges for young players but the added instability and uncertainty on the pitch at Chelsea made a tough task even tougher for Werner and Havertz.

Chelsea will hope their countryman Tuchel will have a better idea of how to get the best out of them and in Werner's case he would do well to heed the words of Southampton boss Ralph Hasenhuttl, the striker's manager between 2016 and 2018 at RB Leipzig.

"I know Timo very well and I have seen him in situations where he was not good," said Hasenhuttl last week. "Most of the time when I have seen this is because of the reason that the game doesn't fit to him. The team didn't play a way he can bring his best on the pitch, I think.

"He is definitely a player where you have to adapt your game to him. If you do this, he will give you everything you need from a striker. The good thing for him, I think at Leipzig when I was there, is we concentrated completely on his qualities. Our quick transitions after winning the ball were perfect [for him]."

Werner scored 42 goals in 77 appearances during those two seasons under Hasenhuttl at RB Leipzig, thriving in a side built to force their opponents into mistakes in possession then charge forward on the attack swiftly and directly. In the first of those seasons, they scored more goals from fast breaks (11) than any other Bundesliga side.

That number stands at just two at Chelsea this season, underlining the differences between the two sides and helping to illustrate why Werner, in particular, has not come close to matching his output in Germany. He is most effective in a high-pressing system but Chelsea rank ninth for pressed sequences in the Premier League this season and 13th for high turnovers. 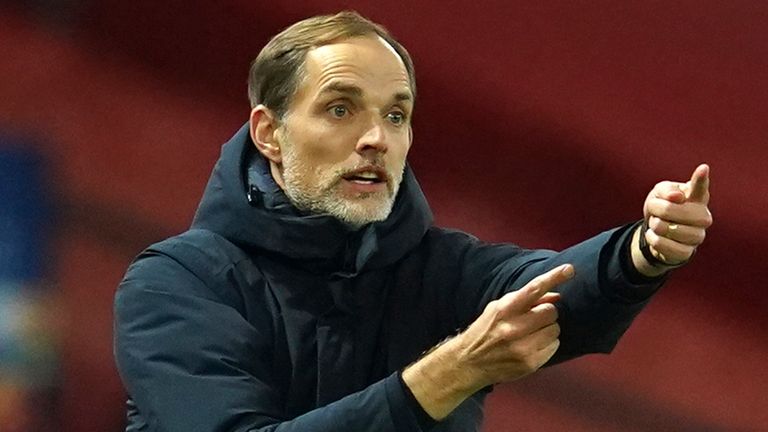 While RB Leipzig's identity was clear, those middling numbers reflect the fact that Lampard's Chelsea lacked one. The new signings should have strengthened them but quality alone will only get you so far. Lampard couldn't find a formula to take Chelsea forward.

While Lampard's managerial philosophy remains fuzzy, even after 18 months in charge of Chelsea, Tuchel's could hardly be clearer. The 47-year-old is a disciple of Jurgen Klopp having succeeded him both at Mainz and at Borussia Dortmund, where he adopted similar high-intensity, high-pressing tactics with an emphasis on speed and efficiency.

"I prefer certain qualities," he once said. "An active playing style, bold defending and pacy play in attack."

Tuchel struggled to instil those principles among the superstars at Paris Saint-Germain but Abramovich has long craved an offensive playing style that provides entertainment as well as results. The German will be tasked with putting that in place at Stamford Bridge.

He must do it by putting Werner and Havertz at the centre of his plans.