Reece James and Mason Mount were named in Gareth Southgate's England squad for World Cup qualifiers against Andorra and Hungary in October; Chelsea head coach Thomas Tuchel joked: "I thought maybe Reece was called up to the England water polo team because he trains in the pool" 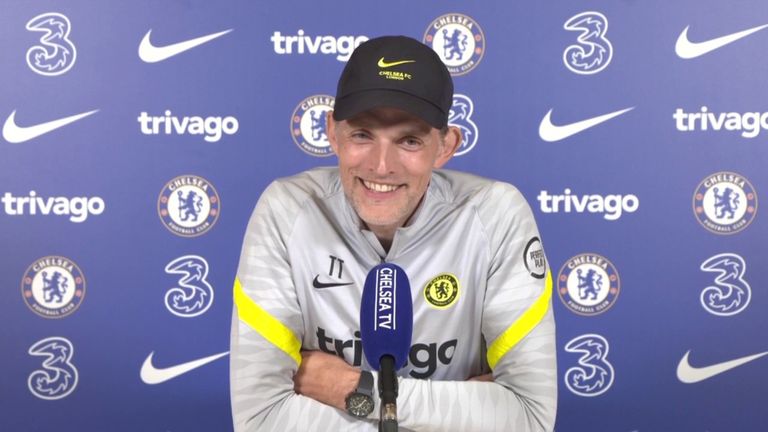 Chelsea head coach Thomas Tuchel says Reece James will not be able to represent England next week as he is still recovering from injury.

Chelsea head coach Thomas Tuchel says Reece James will not be able to represent England next week given the defender is currently "training in the pool".

James was named in Gareth Southgate's 23-man squad for October's World Cup qualifiers despite limping off against Manchester City last weekend and missing the midweek trip to Juventus.

Tuchel believes the call-up must be a "misunderstanding" with the defender not in full training, and does not expect him to play for England, while James will also miss Chelsea's match with Southampton on Saturday.

"I thought maybe Reece was called up to the England water polo team because he trains in the pool," Tuchel said.

"I was a bit surprised, but I understand he was selected. This will not happen, because he's training in the pool. It can only be a misunderstanding."

Asked if anyone from England had got in touch before James was named in the squad, Tuchel replied: "Imagine if every international coach calls the [club] coach? Nobody could reach me anyway. The club is in touch, and [Chelsea technical director] Petr Cech sorts these things out. It can happen."

Mason Mount was also included by Southgate, but Tuchel is set to have the midfielder back for Saturday's Premier League encounter before he travels with England to face Andorra and Hungary.

Tuchel added: "Mason is in the squad, we're happy that he's back, and it's obviously a given that he's nominated [for England]."

Tuchel: No doubts despite defeats 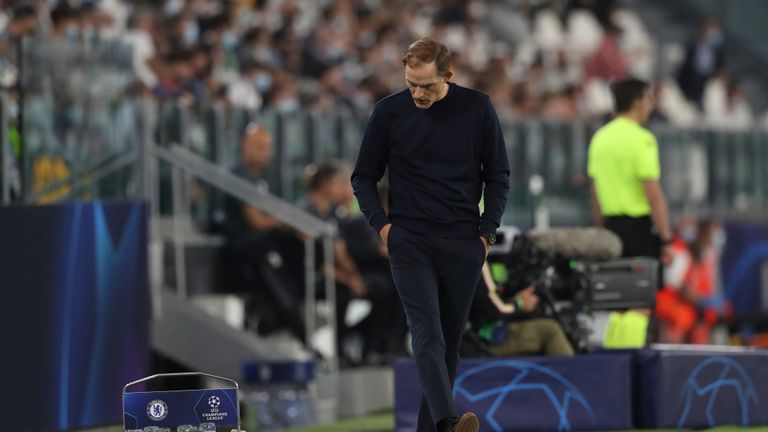 Chelsea have lost their last two matches 1-0, firstly to Manchester City last weekend before falling to Juventus in Turin in the Champions League on Wednesday.

The defeats put the brakes on what had been a strong start to the season, and after calling the Juve performance a "strange one to analyse", Tuchel said this is no time to doubt the team's quality.

"I know it's always about reactions and what we demand, we always demand the very best. Nobody likes to lose," Tuchel said.

"We are not really bad, it's not a long time ago we played very good matches, the second half at Tottenham for example, it just feels like long ago.

"We miss a little step from 90 to 100 per cent. It's not that we have to question ourselves deeply and doubt each other, it's about stepping up and improving. City are about high-pressing, Juve is about deep defending, so we played against the extremes.

"What we can predict against Southampton is high-pressing, and it's important to keep a clear head - this is what we do."