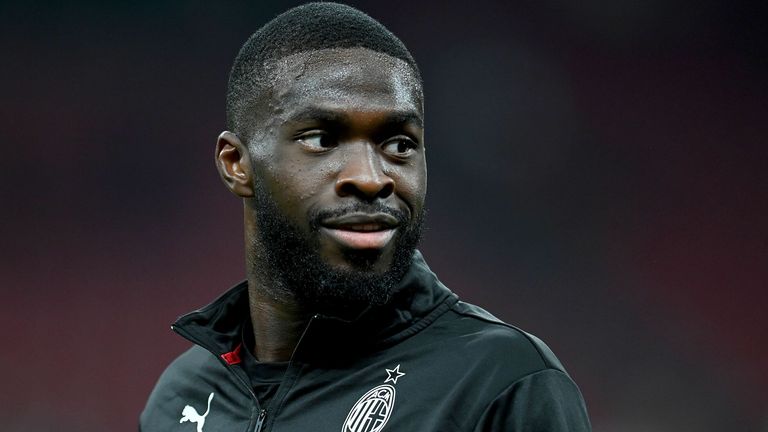 Fikayo Tomori, Ollie Watkins and Aaron Ramsdale have returned to the England squad for October's World Cup qualifiers against Andorra and Hungary.

Defender Tomori has made only one senior England appearance so far - against Kosovo in November 2019 - but has impressed since his permanent move from Chelsea to AC Milan.

Aston Villa forward Watkins has not been involved since being cut from the provisional Euro 2020 squad, with uncapped Arsenal goalkeeper Ramsdale back having been brought into the group that reached the final following an injury to Dean Henderson.

Manchester City's Phil Foden also returns following a foot injury, while Manchester United left-back Luke Shaw is included despite hobbling off during his side's defeat by Villa in the Premier League last weekend.

However, Harry Maguire and Trent Alexander-Arnold have been forced to miss out. Manchester United captain Maguire is facing a "few weeks" on the sidelines with a calf problem, while Liverpool right-back Alexander-Arnold suffered a groin injury in training earlier this week.

Manchester United's Mason Greenwood is absent again despite scoring in his side's opening three Premier League fixtures of the season.

The forward has one senior cap but was left out of September's squad, with England manager Gareth Southgate saying the 19-year-old was "in his thoughts".

Bamford, who has scored just one goal in six club appearances this season, was included as the only new face for September's internationals but is struggling with an ankle injury.

With England in control at the top of Group I, they travel to the Pyrenees to face Andorra on October 9 before hosting Hungary at Wembley three days later.

The home fixture against Hungary will be an emotional one following the recent deaths of Jimmy Greaves and fellow 1966 World Cup winner Roger Hunt. The Football Association (FA) is finalising plans on how the two players will be remembered.

Tomori has played eight times for AC Milan in all competitions this season and England boss Southgate has been impressed with how the 23-year-old has adapted to life in Italy.

"I thought he finished last season well," he said. "He's playing at a club where there's an expectation to win every week, so he's performing under pressure.

"I like Fikayo in terms of his aggressiveness as a defender. Because he's got speed, he's confident enough to defend on the front foot and his use of the ball is improving all the time."

Ramsdale is another player to have taken a step up at club level following his move to Arsenal this summer.

"Aaron was with us all summer and we had the opportunity to work with him for a long time and get to understand his strengths," Southgate said.

"Nick (Pope) is still I think coming back from injury a little bit, but I think Aaron is just in a better vein of form at the moment.

"From Aaron's perspective, the move to a bigger club with higher expectations and a style of play where he is asked to build with his feet from the back, he's coping really well.

"I think that's an important factor for us when looking at the biggest matches, having a goalkeeper who has really adapted well to a move and is full of confidence."

'Greenwood, Bellingham must be handled carefully' 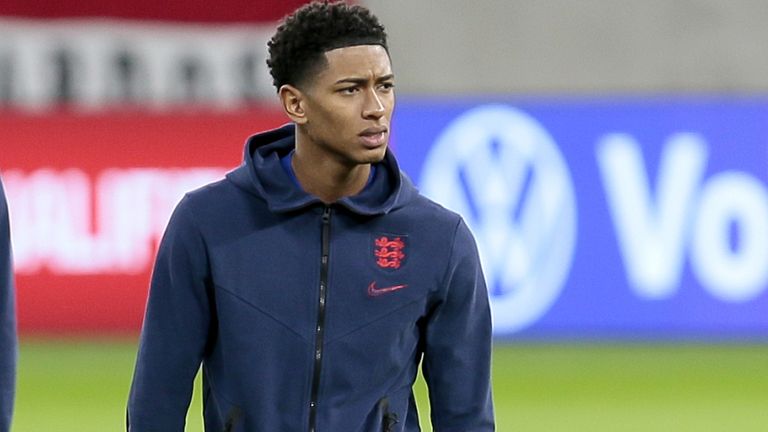 Greenwood and Bellingham are both absent despite strong recent performances at club level, with Southgate saying the workloads of the teenagers must be carefully managed.

"They don't come as a pair but they're both in similar situations, they are young players with heavy workloads at the moment," he said. "I've spoken to both of them. Jude at the moment is playing a high level of matches with Champions League games, league games.

"As an 18-year-old he had a full season last season and then into the Euros with no break. We have to remember these lads are still physically growing, so when we talk about young player development we have to be really careful in how we handle them.

"These are two players we think can be really exciting for England's future. We don't want to overload them, we want to make sure we are making the right decisions with them."

Southgate: No concerns over Kane

Harry Kane was an automatic selection among the strikers, and Southgate said he had no concerns over his captain despite indifferent form at club level, with Tottenham struggling after a strong start to the season.

"I can only talk from an England perspective," Southgate said. "Every couple of months I sit here and have to answer similar questions, and then Harry goes out and scores a lot of goals for us.

"That's the life of a high-profile player - you have to accept there's going to be that speculation and intensity, that analysis of performances.

"Last month we had three games, he played in all three and scored goals in all three - he's still a critical part of what we do and I'm sure he's going to be highly motivated when he comes to see us next week.

"He's closing in on a number of incredible goalscorers. We had the sad news of Jimmy Greaves in the last couple of weeks, and Harry is in that echelon of incredible names."