A Swiss-American consortium is preparing to make a bid to buy Chelsea this weekend as a Turkish businessman claims he has submitted an offer for the Stamford Bridge club.

Turkish billionaire Muhsin Bayrak says he is trying to buy Chelsea and although his spokesperson has told us he has made a bid, his claims are being viewed with some scepticism.

Bayrak is quoted in Turkish newspaper Yeni Safak as saying: "We are discussing the terms of Chelsea's purchase with Roman Abramovich's lawyers. We are in the negotiation phase. We will fly the Turkish flag in London soon."

A spokesperson for Bayrak has told us: "First of all yes the news is true. We submitted our offer."

Boehly tried to buy Chelsea from Abramovich for £2 billion in 2019. He has made no secret of his desire to buy a top Premier League club. 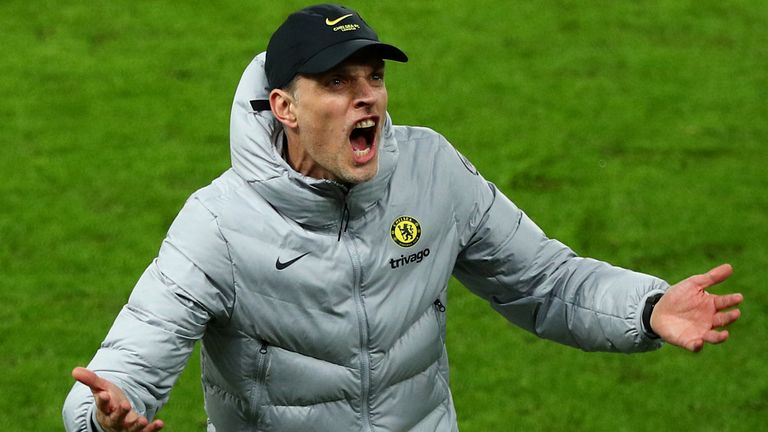 Investment bank The Raine Group are marketing Chelsea's sale and will ask interested parties to sign a non-disclosure agreement and show proof of funds.

Raine Group co-founder Joe Ravitch has told Reuters: "We are not going to rush anything. It is very important that Chelsea have the right owner to guide the club forward."

A spokesperson for Egyptian businessman and Chelsea season-ticket holder Loutfy Mansour says he is not bidding to buy the club.

There are only a handful of billionaires who would be able to pay Abramovich's asking price but any potential sale is complicated by:

MMA fighter Conor McGregor would likely fall outside of that handful of billionaires, but after hinting he was looking at "exploring" a move for the club earlier this week, the Irishman posted his own tongue-in-cheek offer for the club on Friday evening.

Tuchel: No problem staying in charge despite Abramovich exit

Thomas Tuchel says he has "no problem" remaining Chelsea head coach despite Abramovich's plan to sell up, insisting he "loves everything about the club".

Tuchel, who was appointed under Abramovich's ownership in January 2021, admits the owner's decision to sell has created "uncertainty", but has no doubts about his own future.

Asked if he would have a problem remaining at Stamford Bridge, the head coach said: "No, the opposite of a problem staying here.

"I said many times that I love working in the Premier League, I love to be in England and feel the tradition and the love for sports in general and football in particular. It's an amazing place to be.

"Chelsea is, for me, the perfect fit. I love to be here, I love everything about the club and hopefully it continues."