Liverpool vs Manchester United is live on Sky Sports Premier League from 3.30pm on Super Sunday

Jose Mourinho's defensive tactics could backfire when Manchester United face Liverpool in what could be a "season-definer" on Super Sunday, says Jamie Redknapp.

United have held Jurgen Klopp's side to goalless draws in each of their last two meetings on Merseyside, but Redknapp feels Liverpool could be too strong for them this time.

Mourinho's side head to Anfield having only won two of their last seven games in all competitions, while unbeaten Liverpool are on a four-game winning streak and moved to the top of the Premier League table with their 4-0 victory over Bournemouth last weekend.

'Liverpool have too much energy and speed'

"I am expecting Manchester United to try and do a number on Liverpool like they have done over the last couple of years," Redknapp told Sky Sports.

"They have done very well in those games, staying compact, not leaving any space in behind and making it uncomfortable - even unwatchable at times.

"But I've just got a feeling that those tactics are not going to work this weekend. I think Liverpool have too much energy and speed for this United side. I think it's inevitable that Liverpool will wear them down.

"The worry is that I don't know if they have any other way of playing in these games. Jose doesn't play the Manchester United way. He never has.

"They are not going to do what Everton did at Anfield where they went and kept the ball and played on the front foot. I don't think that's how Mourinho will set up his team.

"You can see a situation where he will play Marouane Fellaini, Ander Herrera and Nemanja Matic in midfield and look to stop Liverpool. But that was the midfield that played against Manchester City and look what happened there. They were outclassed."

'These sorts of games are season-definers'

Mourinho is already under pressure heading into the game and Redknapp feels he might find himself in a precarious position if United suffer another defeat on Sunday.

"These sorts of games are season-definers. They are the ones that fans wait for. If United win, it will be, 'Wow, okay, we've got to give this guy more time. He can turn it around'. 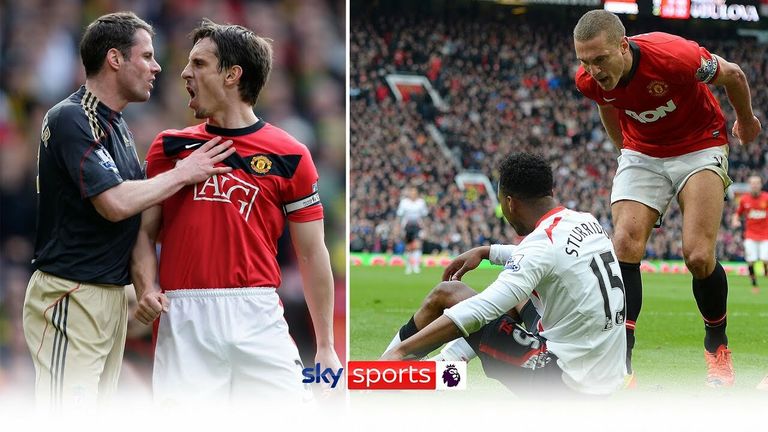 "But if they lose it will become a situation where you have a snowball effect. The inquest will be so big afterwards and it might feel that it's all becoming inevitable for Jose.

"You can lose games during the season and get away with it. Fans will accept losing to Man City because they are obviously streets ahead of them, but to lose to Liverpool would really hurt.

"The major problem United have is that they don't have many other options right now. There has been talk about Mauricio Pochettino, who I think would be perfect for them, but would he leave Tottenham right now?

"Jose has just got to try and get a result and survive this one."