"I just hope... that come the end of the competition, they are victorious. But it won't make me or my wound feel any different," says former Liverpool captain

Steven Gerrard claims his slip that ended Liverpool's Premier League title bid in the 2013-14 season still haunts him, and the wound will remain open even if Jurgen Klopp's team win the title.

The former Liverpool captain fell over and lost possession five years ago allowing Demba Ba to run through and score as Chelsea effectively ended Liverpool's title hopes with a 2-0 win in April 2014, with Manchester City eventually ending up as champions.

Liverpool are currently on 70 points and trail City by one point, with nine games to go, in this season's title race, and Gerrard hopes his boyhood club will hold their nerve this time and end the club's 29-year title drought.

"This wound has been open since my experience. I'm not sure it'll close because I can't change that experience," Gerrard, who left Liverpool in 2015 after 17 years, told reporters.

"It doesn't affect how I feel (about Liverpool) now. I look at a squad of players, some of whom I'm still friends with.

"I see a support that gave me absolutely everything from the terraces and around the world."

Rangers boss Gerrard has hailed the work done by Klopp in making Liverpool title contenders, and says Liverpool should be proud even if they lose out in the title race to current champions City. 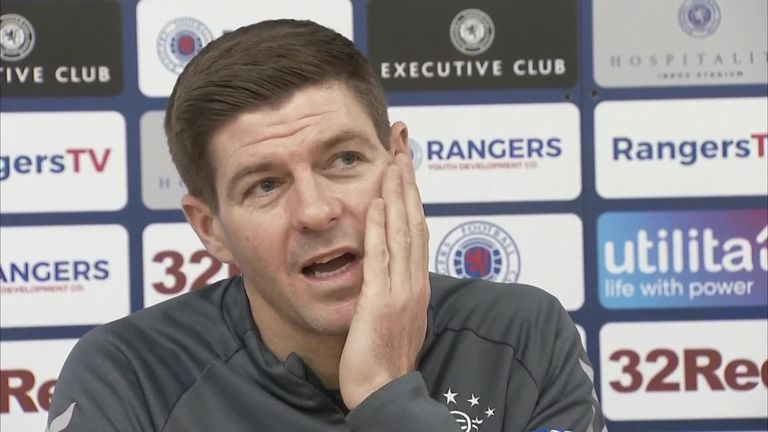 Speaking on Thursday, Gerrard said Marcus Rashford's VAR-awarded stoppage-time penalty was 'very harsh' on PSG but admitted that the right decision was made

"Certain people will see it as failure but that is football and opinions. Jurgen has taken the squad forward giant strides. He's doing everything he can," he added.

"Sometimes in football, if someone beats you to it, you have to hold your hands up and say the better team won.

"I hope that's not the case but I don't think you can be too critical if you have been fantastic yourself and have done ever so well to be in it in the first place."