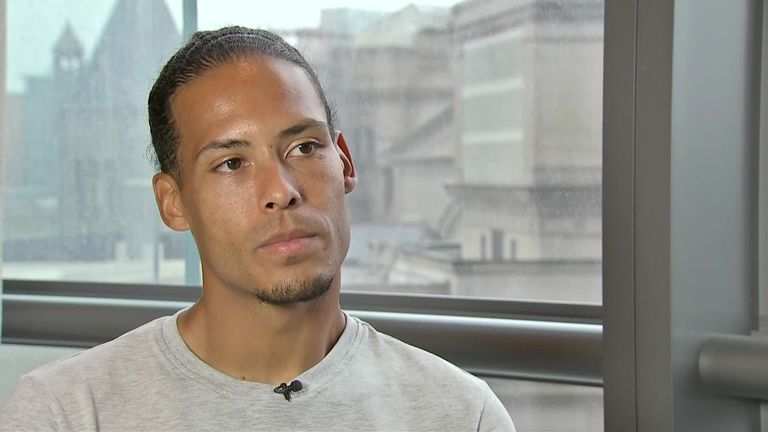 Virgil Van Dijk says being awarded the Ballon d’Or would be a “dream come true”, but insists Liverpool winning silverware is the “bigger goal”.

After a successful 12 months for the world's most expensive centre-back - winning the Champions League with Liverpool, narrowly missing out on the Premier League and reaching the Nations League final - Van Dijk has been made the bookies' favourite for the award, handed out by France Football.

The last defender to win the Ballon d'Or was former Juventus and Real Madrid centre-back Fabio Cannavaro in 2006, when he captained Italy to the World Cup, and Van Dijk hopes to follow in his footsteps.

"If people are talking about it - you can't say it doesn't do you something," Van Dijk, who was voted the PFA Players' Player of the Year for the past season, told Sky Sports News.

"But it's a subject we don't have any influence on. I can't change anything right now other than get fit, stay fit and that's the situation.

"Winning something like that is a dream come true for every footballer in the world. If you don't then you just get on with it and try to perform better than last year.

"It would be fantastic, and I would be very proud.

"But the main thing will be to focus on what we do all together and achieving the bigger goal - that's getting silverware with the club." 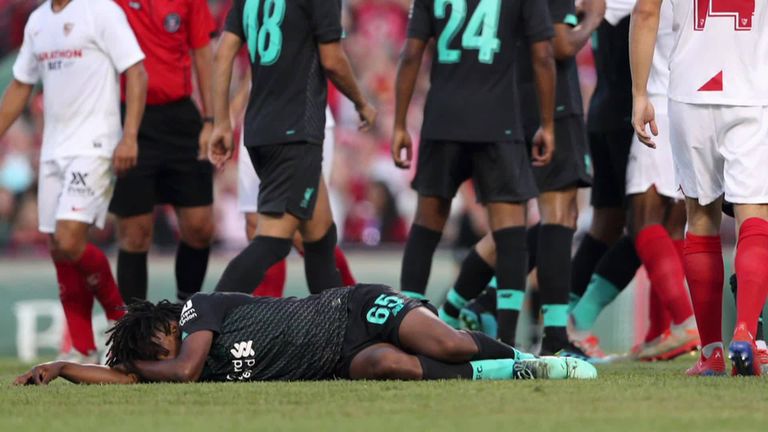 Jurgen Klopp says Yasser Larouci was 'lucky' not to have suffered a more serious injury after a nasty challenge in Liverpool's 2-1 pre-season defeat to Sevilla.

Liverpool's 2-1 friendly defeat to Seville in Boston on Monday was marred by a challenge on Reds youngster Yasser Larouci by Sevilla defender Joris Gnagnon.

Asked if Liverpool will be targeted now they are European champions, Van Dijk added: "I don't think that is going to be the case.

"I saw it - and then when I was in the dressing room I was fuming."