Accrington Stanley chairman Andy Holt has criticised Liverpool after Jurgen Klopp revealed he will play youngsters in the FA Cup replay against Shrewsbury.

Klopp announced his decision shortly after his side had been held to an unlikely 2-2 draw by the League One side on Sunday.

The German also revealed U23 coach Neil Critchley would take charge of the side, as he did for the Carabao Cup tie at Aston Villa in December which clashed with the Club World Cup in Qatar.

Klopp reasoned that his first-team squad would not get their scheduled winter break if they fielded a full-strength team for the Anfield replay.

Holt has taken issue with this and launched into a scathing tirade on social media: "Jurgen, LFC you're embarrassing yourself," he said on Twitter.

"You're tarnishing your reputation. Rethink where you go from here.

"This is a battle The FA must win or their flagship competition is totally undermined.

"This is a battle the EFL must win, or they should shut up shop. LFC need censuring and fining heavily. It's not their football. It's ours.

"This path we're on, forever losing out to Premier League greed has to stop.

"It might have to be government or supporters that have to fight for our game in the end. In the absence of a strong FA or EFL there may be no other option.

"We have stadia sales, clubs suing each other, non-payment of wages, clubs going out of business after being kicked out.... Just how much more evidence is needed for the FA and EFL to see it's gone too far? FOOTBALL IS IN DISTRESS. Act for our pyramid or leave."

The FA insists it went to great lengths to create an annual mid-season player break, following criticism that the FA Cup fourth round replays are having to be played during it.

An FA spokesperson told Sky Sports News: "The FA went to great lengths to create an annual mid-season player break, working closely with the Premier League and its clubs.

"It is a new and significant addition to the English football calendar and is designed to benefit clubs and their players.

"To accommodate the annual mid-season player break, The FA rescheduled the Emirates FA Cup fifth round to midweek and removed fifth-round replays from the calendar. This allowed the Premier League room in its calendar to have a split round of fixtures over two weekends.

"Prior to the start of the 2019/20 season, all clubs accepted that Emirates FA Cup fourth-round replays, where required, would have to take place during the first week of the mid-season player break.

"This will only affect a small number of clubs due to the split of Premier League fixtures in the mid-season player break."

Former Liverpool boss Brendan Rodgers has defended Klopp's decision to rest his first-team squad for the replay against Shrewsbury, and labeled the FA's decision to organise the replay during the winter break as "ridiculous".

He said: "He's well within his rights to [rest his players]. That's why you have your first-team squad, reserve players and youth players," he said.

"This week is designed to allow the players to have and go away to recover so to then organise the replays then is ridiculous. 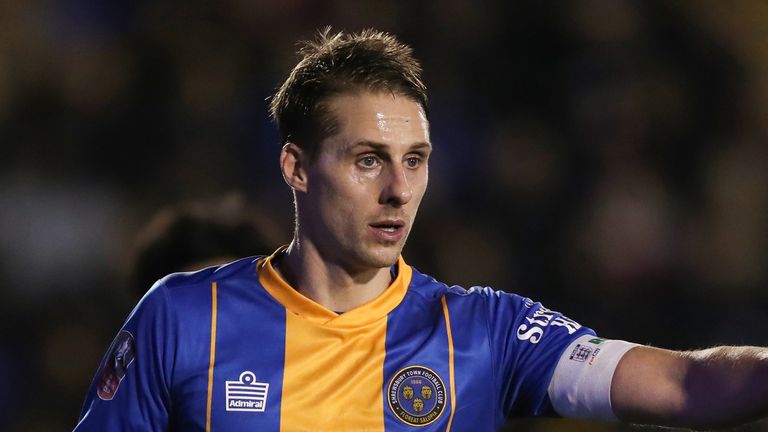 Shrewsbury midfielder Dave Edwards admitted he was disappointed by Klopp's decision, but can also see the positive side.

"It is a bit disappointing," said Edwards. "Obviously the fans want to go there and see the best players in the world play and we'd like to play against them as well.

"On the flip side, it gives us a better chance of winning the game and Shrewsbury Town getting into the fifth round is the carrot and if we can do that it'll be incredible for this football club.

"I understand why they've done it. It's more the communication and when they've got it, knowing this would be an FA Cup replay date, to have the winter break then, it seems bizarre.

"I think it devalues the FA Cup a little bit as well. If that was going to be the case, this should've been a one-off game and extra-time and penalties.

"As much as we want to go up to Anfield, I would've much preferred to finish it off here than go there and not even have Jurgen Klopp on the touchline."