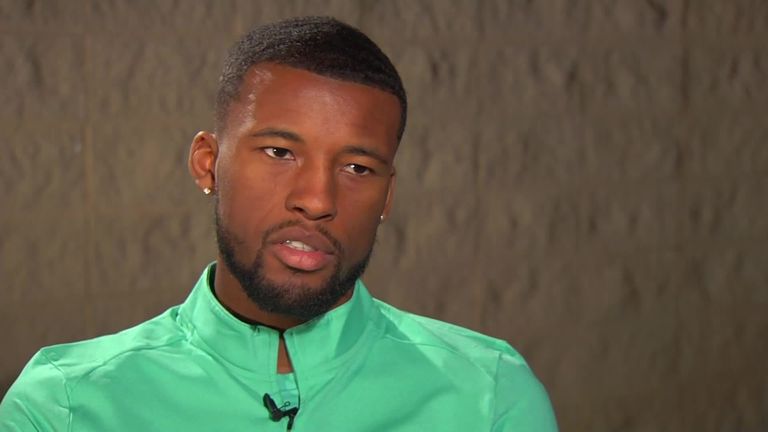 Liverpool midfielder Georginio Wijnaldum says he supports Jurgen Klopp's decision to play the club's U23 side against Shrewsbury in their FA Cup fourth-round replay.

Klopp has confirmed he won't attend the match which falls during the club's winter break, with U23 manager Neil Critchley taking charge instead.

The decision has attracted criticism, with Accrington Stanley chairman Andy Holt calling for Liverpool to be fined, but Wijnaldum understands why Klopp has opted to rest his first-team squad.

"Since I've been in the Premier League I've played the season without a winter break but I also know, before I came to the Premier League, how good it is for a player to have some rest," Wijnaldum told Sky Sports News.

"After the rest you can go again. Your body is more rested than if you keep on going, so that's a good thing. "As a player you want to be involved in every game there is but you also have to deal with your body and sometimes your body just says that it is not the right choice to do.

"You just have to see how the situation is but if the manager decides that the younger players are going to play the game then we should accept it."

Wijnaldum's long-term future at Liverpool remains in doubt, with his current contract due to expire at the end of the next season. Shrewsbury Town captain Dave Edwards says he's disappointed that Klopp won't be on touchline for their FA Cup replay, but admits it gives them a better chance of getting through to the next round

The Netherlands international insists he is in no rush to discuss an extension and says his only focus is on helping Liverpool win their first league title for 30 years.

"I'm just focusing on bringing this season to a good end and that's the only thing I'm thinking of," he said.

"What would I like? It is difficult to say. It depends on what the club wants and how the situation is at that time. We will see."

When asked if it would be hard for him to leave Liverpool, Wijnaldum added: "Yes, it's like home."